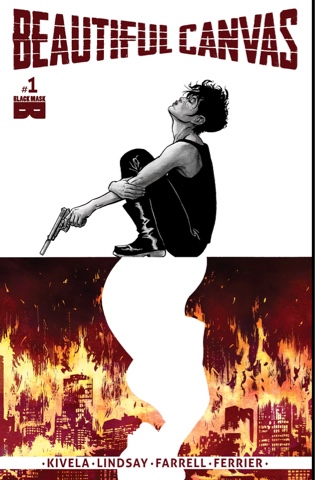 Lon Eisley is a hitwoman, hired to kill someone.

No, not her. Lon's been tasked with murdering the woman's young son - she's just in the way. But this is the day Lon learned her girlfriend was pregnant, and she's not able to do the deed. Instead, she packs the exceedingly precocious Alex into her car and... well, I don't think she knows what she'll do next.

Oh, and she's being haunted by a little girl, the creepiest Jiminy Cricket you ever did see. Maybe she's a ghost, perhaps she's the representation of a daughter Lon chose not to have... we don't find out in this first of a four-part series.
We do find out that pretty much everyone in Lon's world is awful. The billionaire who hired her has a sense of art that's truly perverted. 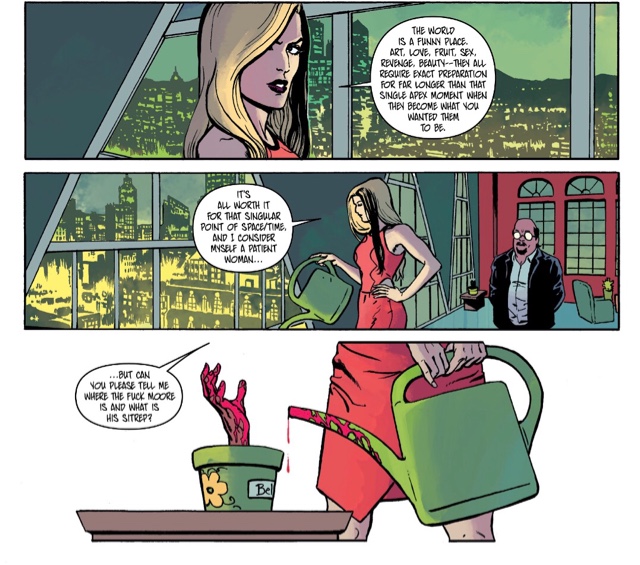 Then there's the guy hired to document Lon's aborted killings. Two men on a fairground ride. Even the friendly waitress looks to be part of some conspiracy. Most everyone seems to burn with contempt for everyone else.
And that's why this really rather well-done comic from writer Ryan K Lindsay, artist Sami Kivela, colourist Triona Farrell and letterer Ryan Ferrier may not be for me. I've never been a fan of fiction in which the criminals are positioned as the heroes. Show me a heist drama and I'm rooting for the cops. So while the suddenly sentimental Lon has at least a spark of humanity in her, I don't want her on the streets, even if the people she kills are the type to snort cocaine off innocent carrots.
Lon apart, the characters sound extremely self-conscious, and while this makes some sense for rich bitch Milla, surely most people would talk like regular human beings? Heck, Alex likely has a hit out on him because of his annoying baby Buddha patter. 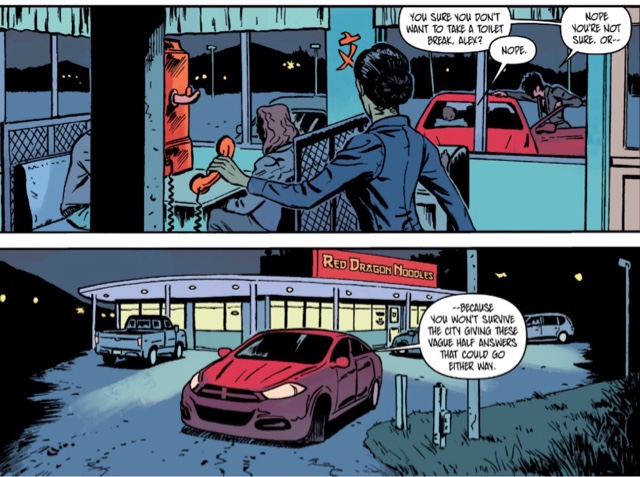 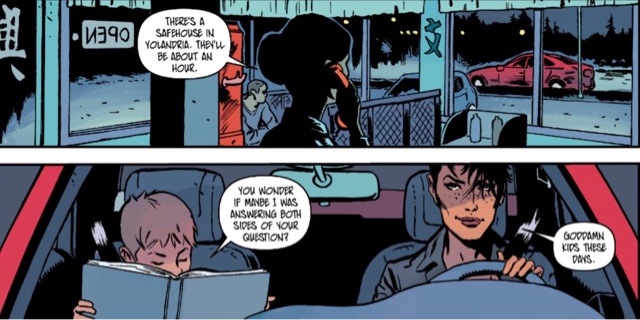 Which isn't to say this isn't impressive work. The world Lindsay presents makes sense as a unit, and there are questions I'm interested in seeing answered, not least how Lon keeps her job from girlfriend Asia. And if she doesn't, what kind of awful is Asia herself? I'm also wondering how the opening scene - the aftermath of a hit - connects to what follows which, in narrative time, precedes it. 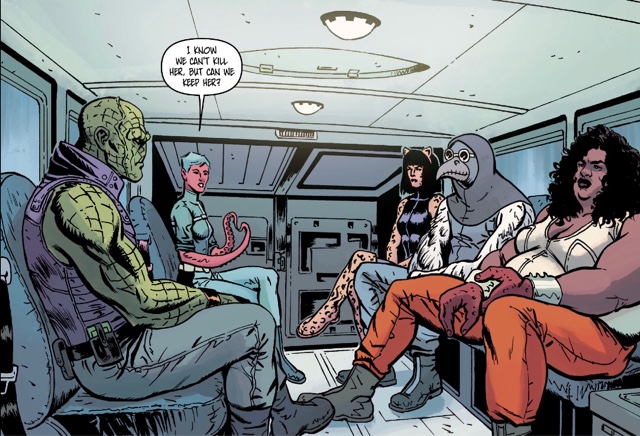 Most of all, I want to know more about a world in which people who look like this barely raise an eyebrow. The backmatter reveals Lindsay is a big fan of Philip K Dick, so it may be a case of SuperDickery (sorry).
Kivela's work is not just impressive, I like it a lot; the characters have real, well, character. They look like they're cut from life without being photorealistic cookie cutter people, and the layout decisions are excellent. 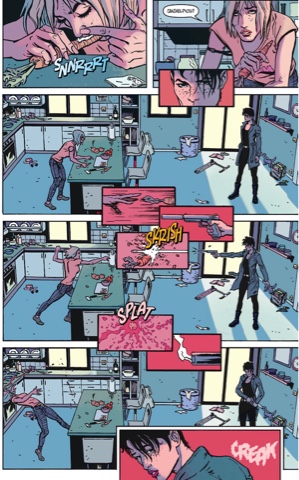 The slaying of the vegetable snorter is extremely well done, as main panels, inset images, sound effects and colour art work seamlessly together to tell a story. Pretty much every page features interesting artistic decisions, and usually they seem the right ones.
You know, I think I'm sucked in... this isn't a world I want to stay in for long, but three more issues, crafted by the talent on display here? Maybe.
But please, could everyone just kill each other?
Beautiful Canvas #1 review Ryan Ferrier Ryan K Lindsay Sami Kivela Triona Farrell