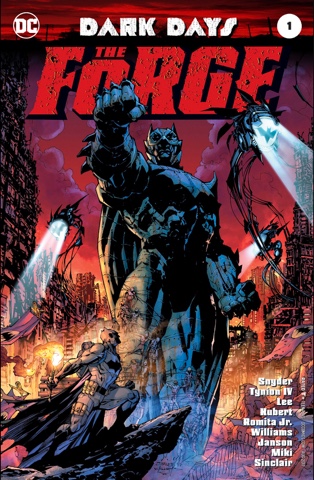 A long time ago, an Egyptian prince discovers the secrets of Nth metal.
Today, Batman rescues a scientist from a volcanic eruption in the Bermuda Triangle.
And Green Lantern Hal Jordan is dispatched to the Batcave by the Guardian Ganthet, to stop a secret coming to light. Before he can discover what that is, Hal meets one of Batman's associates. 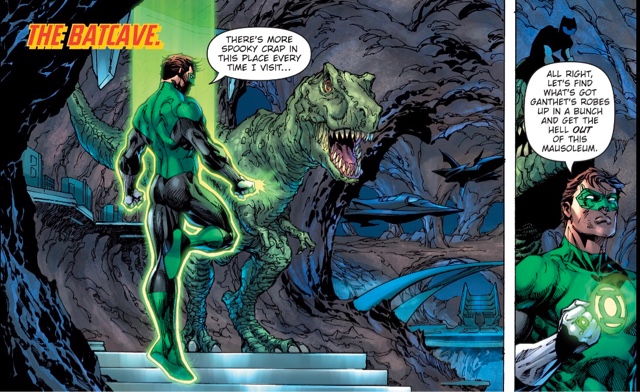 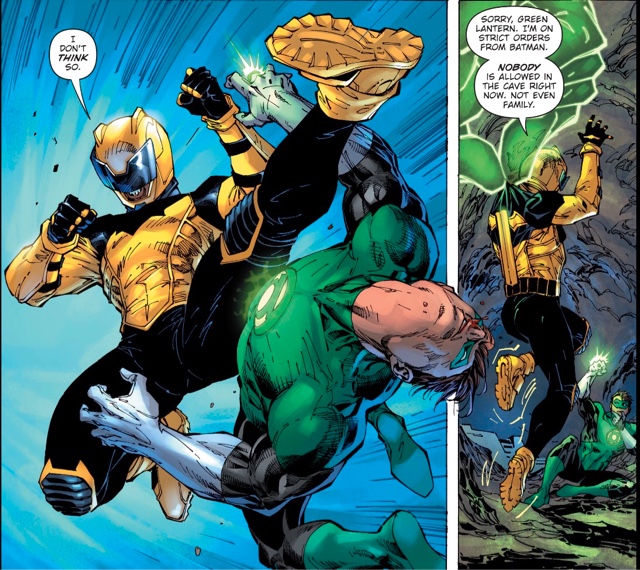 Once he knows he's facing an opponent in yellow, Hal can concentrate and overcome his power ring's weakness to the colour - Duke won't get the drop on him again. This gives Hal the chance to focus on his mission.

That has to be the spot where the mysterious smiley face badge - excuse me, button - was found by Batman awhile back, in the DC Universe Rebirth special. It's just one intriguing moment In a single-issue special full of attention grabbers. From the return of Mr Terrific after a couple of years in comics limbo (he manages seven whole panels before mentioning his high IQ) to the involvement of Duke's mother with a shadowy organisation to the frankly disturbing imprisonment by Batman of a DC fan favourite, writers Scott Snyder and James Tynion IV keep the surprises coming.
One moment that really got my attention was this... 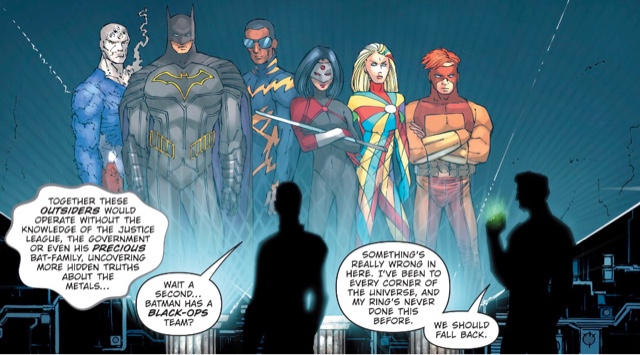 ... and not just for the horrendous costume and hair on Halo. The original Outsiders as an off-the-books team investigating the secrets of Nth Metal? So far as I can recall, Nth Metal was originally simply what allowed Hawkman and Hawkwoman to fly; over the years it was revealed to have other properties, for example, granting - or maybe, cursing - the Hawks with a reincarnation reflex, and protecting people from mortal harm. 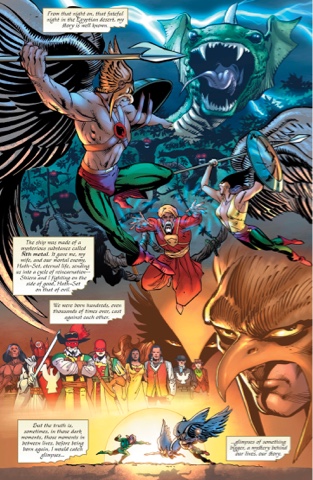 Now, though, it's being set up as the backbone of the big DC event, Metal, that kicks off here.  Snyder and Tynion deftly seed new story strands alongside the existing Hawkman mythology, rewarding veteran readers - one item Batman's hiding comes right out of Crisis on Infinite Earths. I can imagine newer fans also lapping this comic up, with its centuries-spanning mysteries and promise of epic set-pieces.
I did have reservations that once again we were seeing a Batman so egocentric and paranoid that he wouldn't share information with his Justice League colleagues, but the writers seem to have anticipated that one

Fair enough. That leaves just the inclusion of a villain of whom I'm heartily sick; still, he's a popular guy.
As are all three pencillers on this 30pp story - Andy Kubert, Jim Lee and John Romita Jr. I like the Lee pages, inked by Scott Williams, a lot, and the Kubert sequences, with Klaus Janson, are great. I'm less keen on the Romita/Danny Miki pages, Romita's style is so stiff these days that it really lessens the urgency of the narrative. Plus, his figures are jarringly blocky compared to the other artists, as on his variant cover with Miki and colourist Alex Sinclair (of course, it's all just opinion - my other half loves the Romita,  saying 'it looks like they're bullets being fired at us'). The other variant, by Kubert and colourist Brad Anderson, is a nice pin-up, which leaves the main cover, by Lee, Williams and Sinclair, as the right choice - I really want to know the story that goes with that image.
Dark Days: The Forge is an entertaining, good-looking foundation stone for what looks set to be a great event. Don't miss it.
Alex Sinclair Andy Kubert Brad Anderson Dark Days: The Forge #1 review James Tynion IV Jim Lee John Romita Jr Scott Snyder Steve Wands