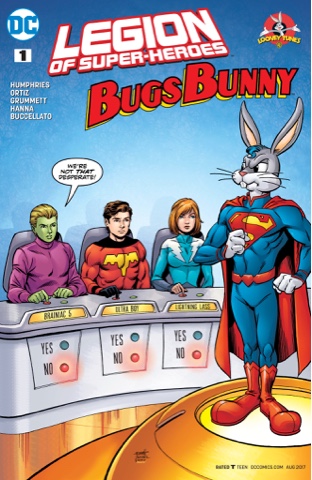 It's the 31st century and Supergirl is dying of Rigel fever. Her boyfriend Brainiac 5 and fellow Legionnaires feel helpless.

If only there were a deus ex machina floating around... 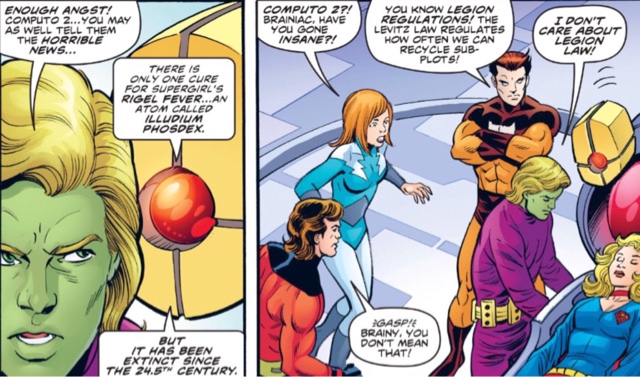 And so, Brainy sends cute helper robot Computo 2 - descendant of the killer machine that murdered one of Triplicate Girl's bodies, bless - back to Smallville, where it's time to harvest the crop. 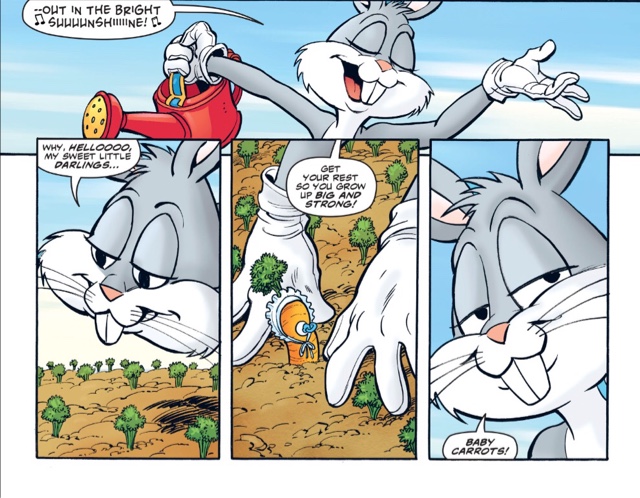 And guess who the little robot brings back to the future instead of Clark Kent's costumed alter ego?
OK kids, buy this book. Short of cash? Sell something. Right now. Even if it's something you love and feel bad about letting go, you'll soon feel wonderful again because this is such a joyous comic.
Writer Sam Humphries and artists Tom Grummett and Scott Hanna expertly ape the Legion of Super-Heroes tropes longtime fans love. A Legionnaire with a supposedly incurable disease? Check. Dream Girl having a vision that MUST COME TRUE. Yup. Superboy, their only hope? You betcha. We even get a nod to Star Trek in the name of the disease that's killing Kara. The only thing missing is a Traitor Within The Legion, something I hope Humphries is saving for the hinted-at sequel.
Yes indeed, we get all the favourite, dare I say it, cliches, dialled up to 11 by Humphries' terrific dialogue and Grummett's only just OTT layouts (who knew this longtime superhero artist could draw Bugs like a master?); it takes two people who really get - and love - the Legion to be able to so perfectly take the mickey.
Throw in a pitch perfect Bugs Bunny with a batch of Captain Carrot cosmic carrots and the stage is set for a classic team-up between two of Warner Brothers' most enduring properties. The super-straight Ultra Boy, for instance, makes the perfect foil for the wascally wabbit, whose cartoon arsenal seems like a super-power to internal-monologue mad Lightning Lass. Which, I suppose, it is. And Timber Wolf hasn't been this much fun since, well, ever. 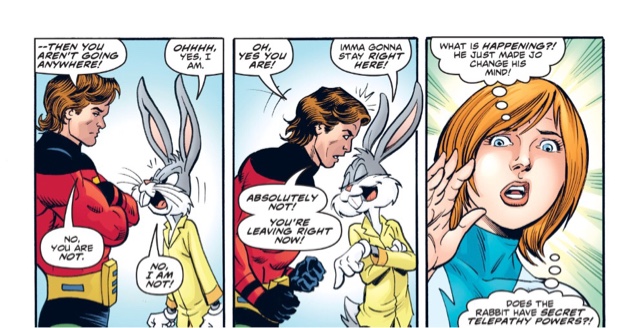 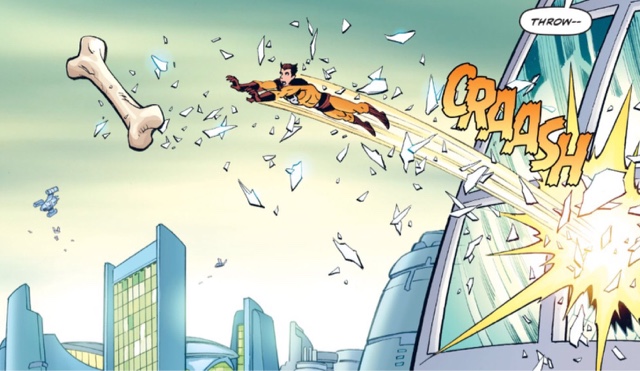 I laughed out loud several times at this story, and chuckled even more. This affectionate parody of the Bronze Age Legion - think Gerry Conway/Roy Thomas era - isn't so much winking at us, saying, hey, weren't those stories dumb, as putting an arm around us and reminding us that they were pretty awesome, too. It's criminal that DC Comics have allowed the Legion - for a long time, a best seller, and for a longer time, a fan favourite - to lie fallow, like a prize carrot gone mouldy. If this comic is any indication that Humphries and Grummett want a crack at a Legion series, please DC, I'll take out a ten-year subscription right now. 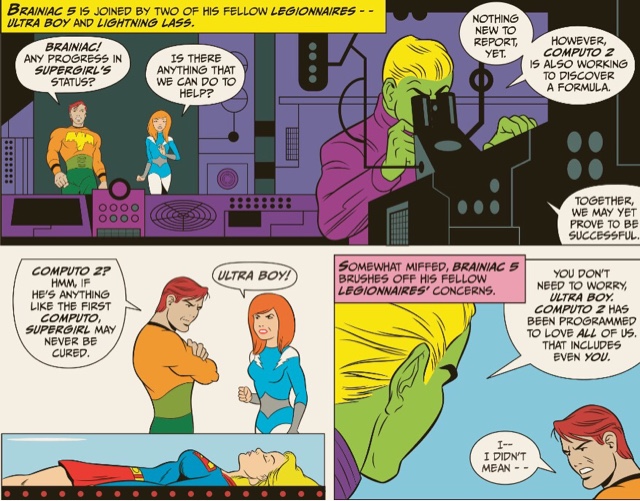 There's a second story in this comic but, weirdly, it's the first story again, only shorter, straighter and a lot less fun. There's a certain charm, but it feels a bit pointless - writer/artist Juan Manuel Ortiz* has talent, and I'd rather see him doing something entirely different with the Legion and Bugs. 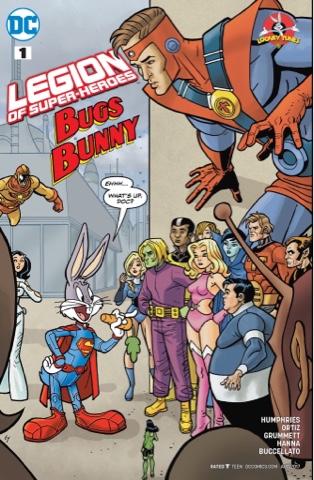