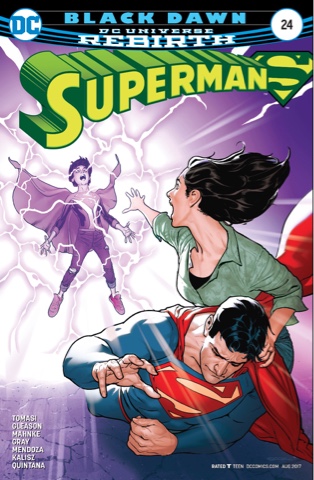 Some time ago, in space, an extraterrestrial war is in progress. Can one man make a difference? When it's the massively powerful telepath Manchester Black, certainly. 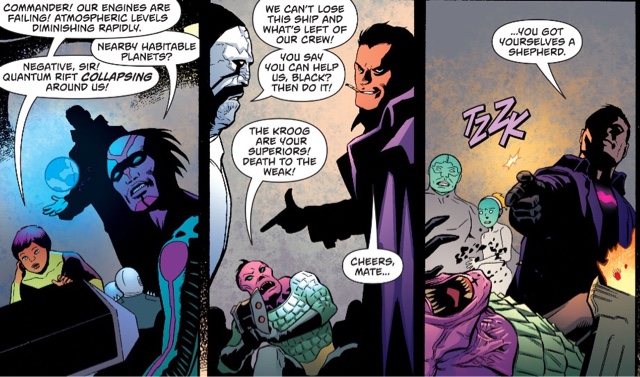 In the present day, the alien refugees of Hamilton County argue among themselves. 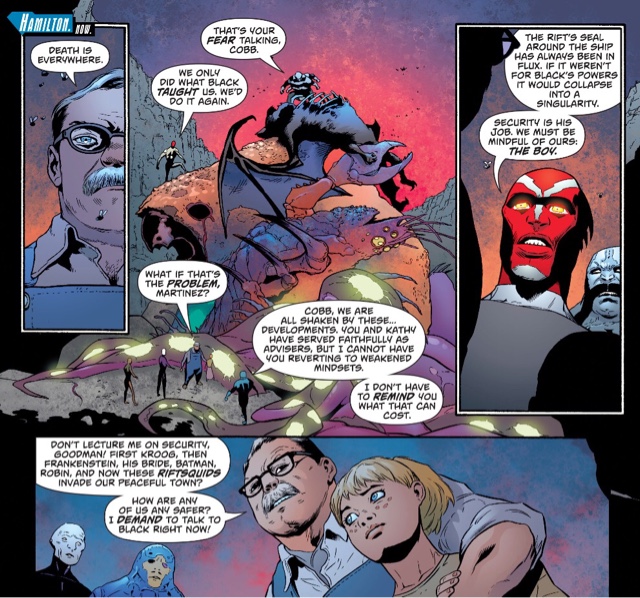 Clark, meanwhile, visits injured wife Lois in hospital, but she'd rather he were elsewhere. 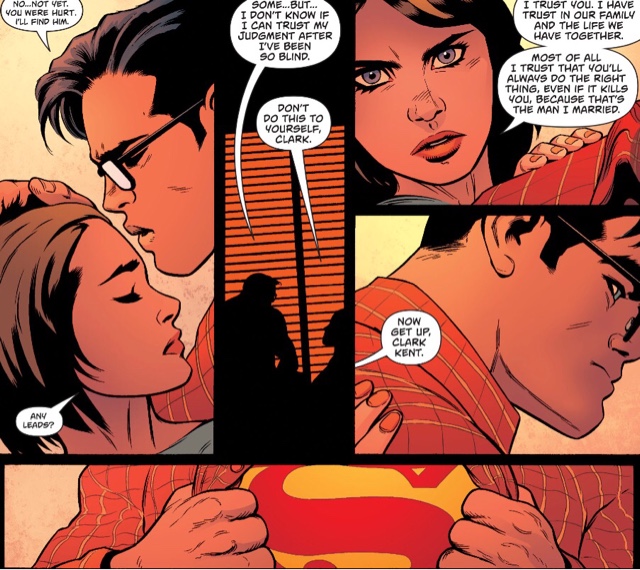 Superman finds missing son Jon at the farm of Old Man Cobb - whom we now know was once the alien Kobb - but he's not alone. 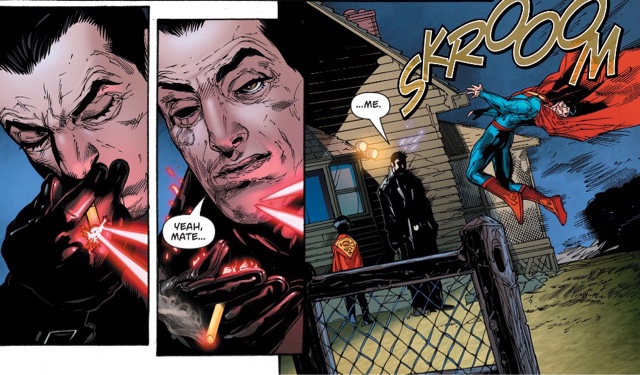 Neither, though, is Superman. 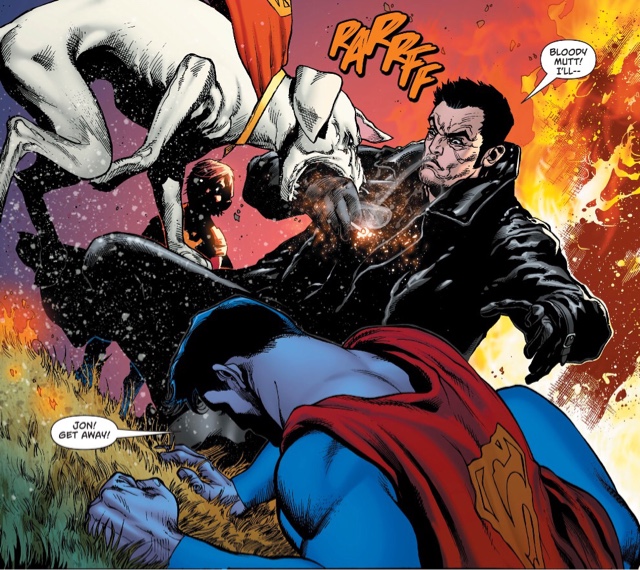 Then again, Black has charms to soothe the savage super-breast, and soon Krypto is, hmm, what's the doggy equivalent of purring? That, anyway. Krypto is one thing, but can Black achieve his true goal? 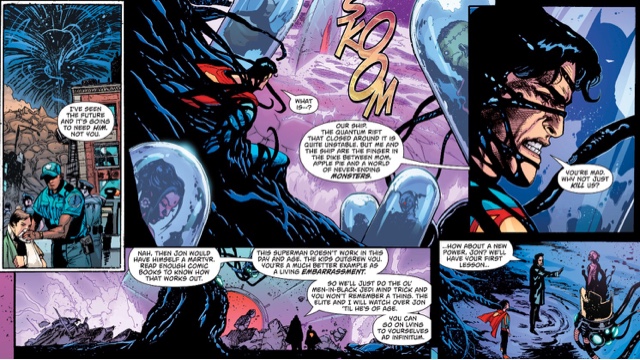 The penultimate instalment of Black Dawn provides plenty of the answers we've been waiting for. We learn the nature of the Hamilton townsfolk, why so many monsters have been popping up and just what Black wants. It's engrossing stuff, with a closer look at the alien Kroog, the cutest alien teddy bear ever and the true form of Cobb's granddaughter Kathy. The latter gets one of my favourite moments in the issue, as she stands up to the ever-cocky Black.
Writers Peter J Tomasi and Patrick Gleason keep things rolling along nicely from start to finish. I'm torn between wondering if they should've directly referenced Black's famous debut in Action Comics #775, or whether they've done the right thing by not risking getting bogged down with it here. They do succinctly explain his superhero world view, and it's patently at odds with Superman - probably, that's enough.
Last issue Lois lost a leg, and we hear nothing of reattachment prospects this time, but the ace reporter is comfortable, which is something. Again, I'm not really worried, given her husband came back from the presumed dead. Neither am I fretting that Jon will properly join the dark - nay, pitch Black - side; every comic character does at some point, and it rarely lasts. The idea of a Superboy temporarily choosing a new, awful parent over his saintly folks is a long DC tradition, so it's rather fun to see it revived here.
Cobb comes across the best he ever has, he really is all about protecting children, but I can't forget the weird ways he's gone about that task, such as kidnapping and freezing the likes of Mr & Mrs Frankenstein, Robin and Batman. Their revival does provide my favourite exchange of the book.

So far as I can see, the pencils are all by Doug Mahnke bar the two hospital pages, which are the work of Gleason. Mahnke is in full-on epic mode, with electrifying layouts crammed with oddball characters. We get dramatic close-ups, dynamic zooms, humorous beats... it's terrific work as Mahnke revisits the truly horrible Manchester Black, a character he created with writer Joe Kelly. And the alien war that opens the book reminds us of Mahnke's versatility.
Gleason, meanwhile, shows us how well he does intimacy - the love between Lois and Clark, the concern for their lost boy, it's all there.
Mahnke inks some of his pages, and there are three more inkers credited. And a trio of colourists. So I can't begin to guess at who did want; instead, a big old Well Done to one and all for a blazing visual treat.
There's only one letterer, the splendid Rob Leigh, who seems never to take a holiday. Good. 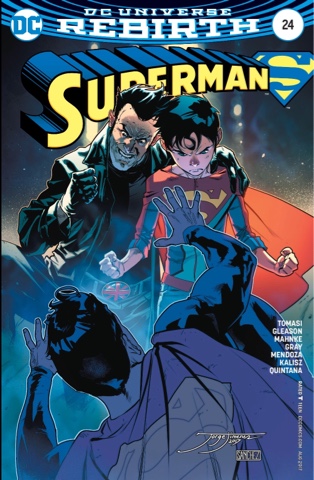