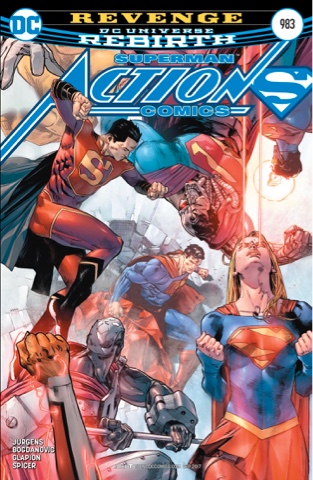 It's the Superman Revenge Squad vs the Superman Family. Well, not the entire clan, as Lois and Jon are being squired to safety - hopefully - by Fortress of Solitude robot Kelex. It's not just a matter of them being collateral damage, Superman is terrified as to what the Squad's Zod would do were he to learn Superman has a wife and child. 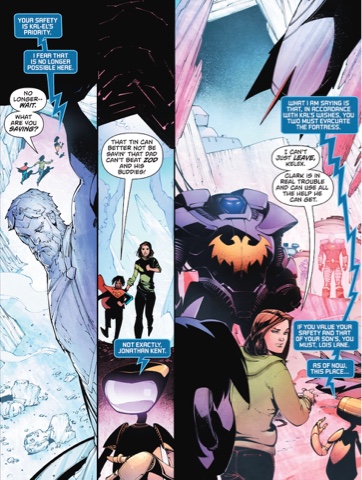 The military-minded Zod pairs his partners - Blanque, Cyborg Superman, Metallo, the Eradicator and Mongul -against one of the good guys - Supergirl, New Super-Man, Steel, Superwoman and... Lex Luthor? Yes, while this would seem the obvious time for the recently heroic Luthor to revert to type, he stands firmly on the side of the angels.
Superman, Zod wants for himself. And he finally notices that Superman has gone blind, a realisation that leads a moment of respect.

Lois, meanwhile, is dubious about their escape route out of the Fortress, which the bad guys want to strip for its advanced tech and weaponry 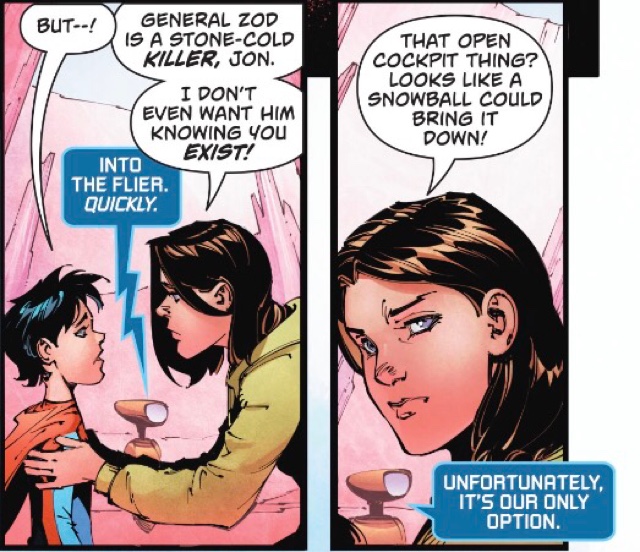 As big battle issues go, this is a cracker. Writer Dan Jurgens paces the good vs evil encounter perfectly. Rather than go straight into the throwdown he allows the sides to size one another up, and shows us the heart of the heroes. 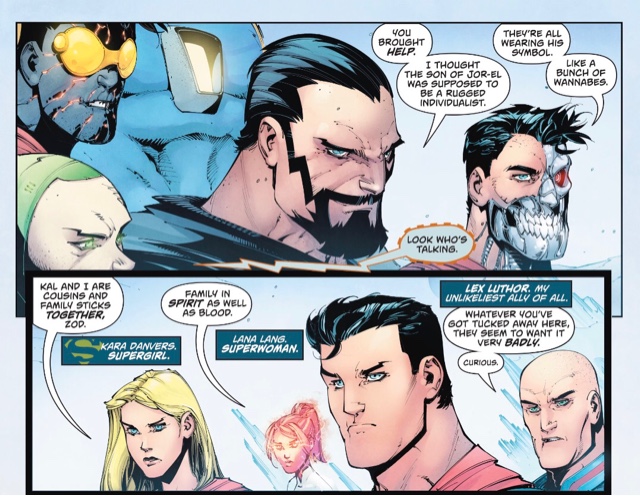 It's the first time some of them have ever met but they're bonded by their shared love and respect for Superman.
The Squad, though, remain uneasy allies - not that it stops them proving formidable. Jurgens has lots of characters to write, but does them all proud. Even in two panels he captures the essence of hero and villain.

The issue ends with a cliffhanger, and while it's a happening we've seen recently in at least one other DC book, I trust Jurgens to do something different.
Viktor Bogdanovic pops across from the New Superman series and shows us why DC recently signed him to an exclusive contract. His work is clean, his scenes beautifully choreographed, his action excellent - this is an artist who can even find the emotion in a punch. 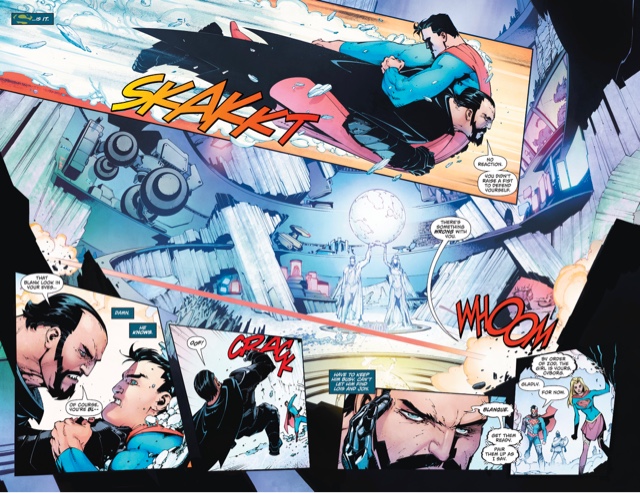 I  especially like the dynamism of his frames and arrangement of said panels. The opening meeting between the two sides has a tense calm, but once the gloves come off... in the words of Dr Sam Beckett, oh boy. I don't remember seeing inker Jonathan Glapion on a Superman title previously, but he brings a delicate line to Bogdanovic's work. I don't remember seeing colourist Mike Spicer ever, but more please, this man is truly talented, using a pale palette that suits the Arctic setting, making the odd explosion of deep colour all the more powerful. And longtime letterer Rob Leigh continues to impress  with his imaginative work.
One of the things I was most looking forward to was seeing Supergirl fight side by side with her cousin, and she has some wonderful moments, such as that initial family gathering. 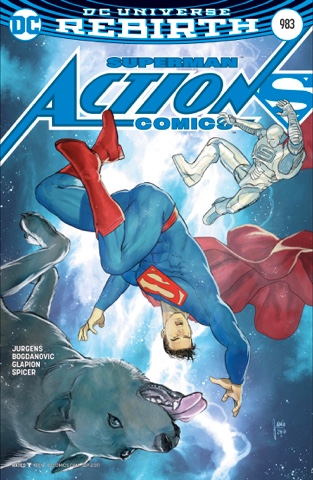 Both the regular cover and the variant are stunning: artist Clay Mann and colourist Tomeu Morey's all-angles attack should be on a gallery wall, while Mikel Janîn makes Krypto the star of a beautifully executed image.
Speaking of the Dog of Steel, where the heck is he? He hasn't been seen since halfway through last issue. He should be with Kelex, protecting Lois and Jon. Now, Jurgens isn't sloppy, he's up to something. But what?
We shall likely find out in two weeks. I can't wait.
Action Comics #983 review Clay Mann Dan Jurgens Jonathan Glapion Mike Spicer Mikel Janín Tomeu Morey Viktor Bogdanovic