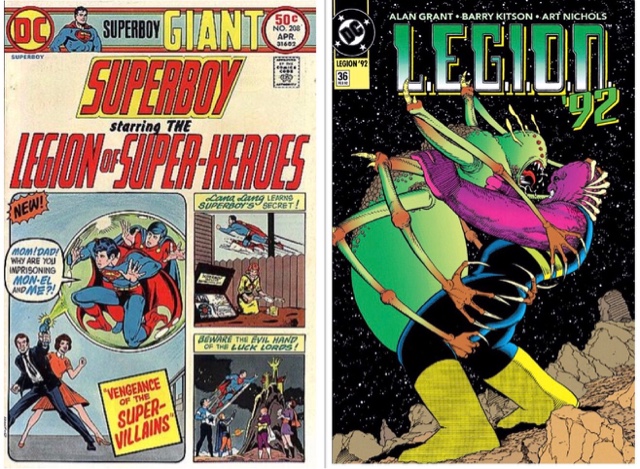 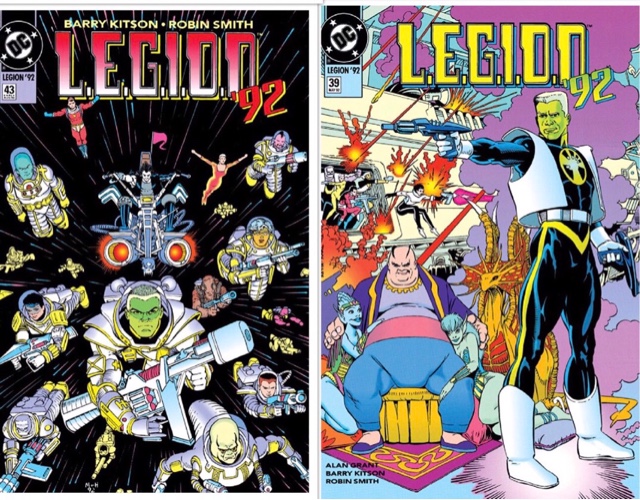 My smartphone is so full of comic book podcasts it's ridiculous, but there are just so many great ones out there. I've mentioned a few here over the years and now it's time to plug another pair. Nothing to do with me being on them both...
WARLORD WORLDS
Mike Grell has been making great comics since the Seventies, first as a penciller, then as a writer/artist. And he's still at it today, supplying variant covers to Green Arrow. This series sees longtime fans Darrin and Ruth Sutherland examine his entire career, reviewing the likes of Green Arrow, Jon Sable: Freelance and of course, Warlord. At the moment a regular segment looks at Grell's early DC work on Superboy and the Legion of Super-Heroes, with fans of the series offering recaps and opinions. And on the latest episode I was lucky enough to be asked to chat about Superboy #208, while Jeff Messer of the Geek Brain Popcast takes on #209. Check out any episode, I think you'll like this show.
https://warlordworlds.podbean.com/e/warlord-worlds-episode-16/
Twitter: @WarlordWorlds
THE QUARTER-BIN PODCAST
Prof Alan Middleton runs a family of podcasts at the Relatively Geeky Podcast Network, and in this regular series he reviews random titles he's found in comic shop 25cent boxes and decides if they're worth that tiny amount of money. His multi-part centenary episode is a little different - he's looking at 100 random issues bought in a mystery package. It's a daunting task, but he's sharing the burden by bringing in pals from the world of podcasting, blogging and Twitter. I'm on part three talking about Legion books once more, but this time it's L.E.G.I.O.N., the Eighties spin-off from Invasion. Feel free to fast-forward when I'm on, but do listen to the rest of the show. Heck, tune into the whole celebration, subscribe, send Prof Alan chocolates. Or better still, any comics you don't want...
http://relativelygeekypodcast.blogspot.co.uk/2017/07/qbp-100-part-3.html
Twitter: @Relatively_Geek
Mike Grell Quarter-Bin Podcast Relatively Geeky Network Warlord Worlds