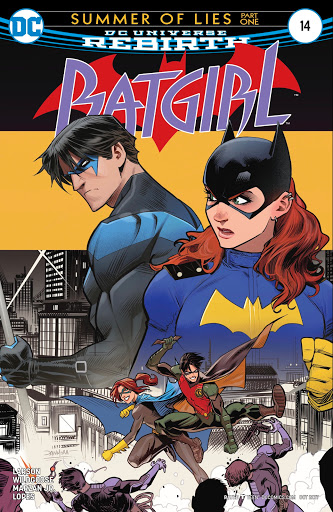 Our story starts on a rooftop, where two young heroes are attacked by a pair of familiar looking villains. They've no chance against Batgirl and Nightwing, but that's not the point - they're there to send a message. Be the message. 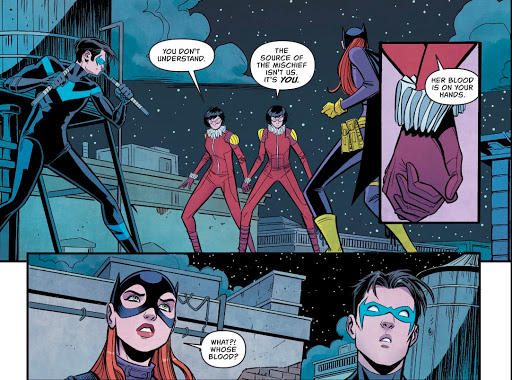 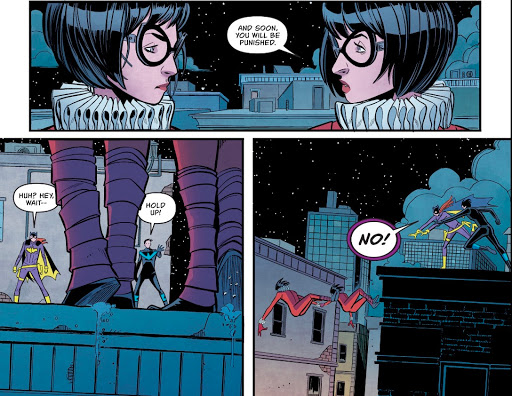 Their familiarity to someone in Barbara's past cues a flashback to her early days in Gotham after moving from Chicago. With no friends, she fell under the spell of a substitute teacher and fellow tech geek. 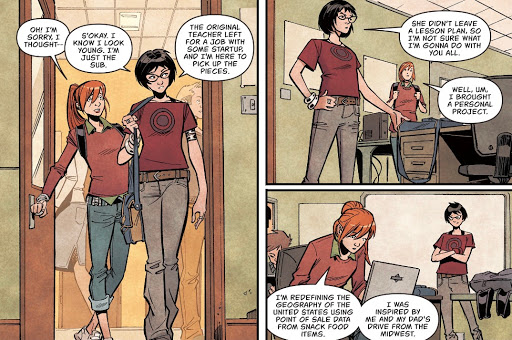 Later, having created the costumed identity of Batgirl, she meets Gotham’s premiere teen hero… and they don't get on as well as might be expected. 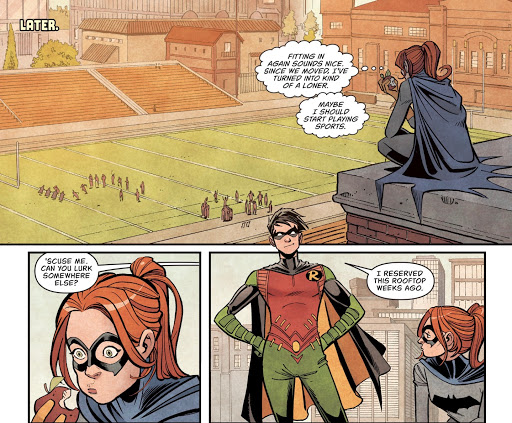 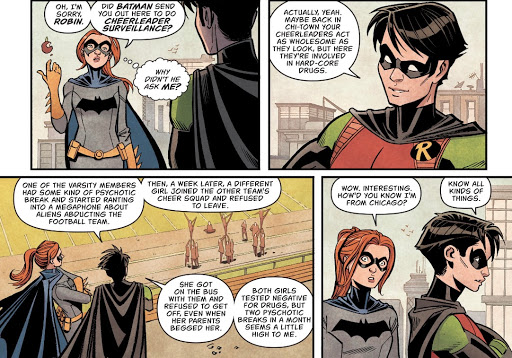 Back in the present day, Batgirl and Nightwing search for the Mad Hatter, whom they suspect is behind the lookalike corpses. 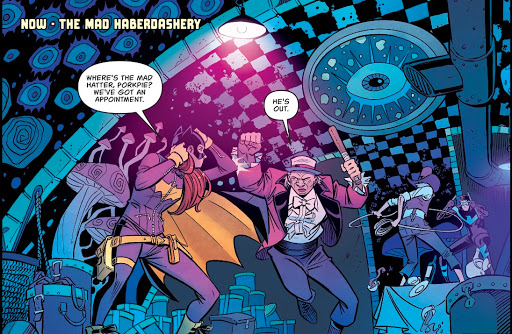 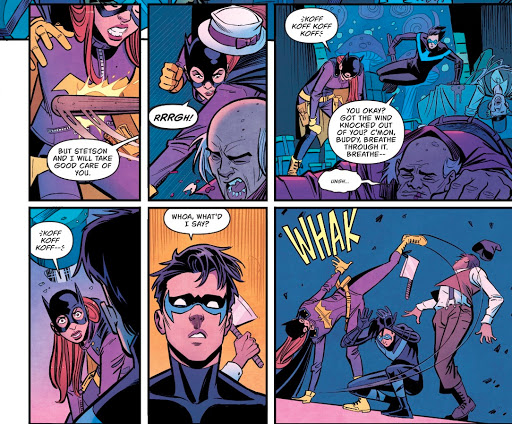 And there's more. But I recommend buying this one and finding out for yourself. I'm a sucker for Babs and Dick team-ups and so far, this is a good one. Writer Hope Larson sets up an interesting mystery - who was Ainsley and what did she have to do with the Mad Hatter? - in a story that fills in some of the blanks in the Rebirth relationship of Babs and Dick. It's fun to see them a little spiky, almost rivals, though better to see they quickly get over it. I like the Mad Hatter’s hangout, the Mad Haberdashery - is it a new addition to the Batman Legend? - while the villain barely peeked at the end of this first chapter already has me intrigued.

I do wonder, though, at the opening, which has Batgirl and Nightwing summoned to an ambush via anonymous texts - are they listed under Hero Hotline? Oh, and I could do without this cheap gag. 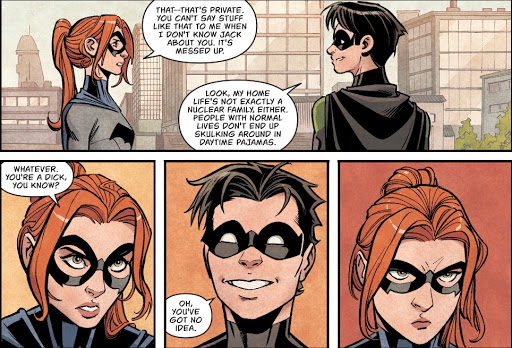 Penciller Chris Wildgoose, a recent addition to the title, is back and doing a fine job, and it doesn't hurt that he has the extremely talented veteran Jose Marzan inking his work. 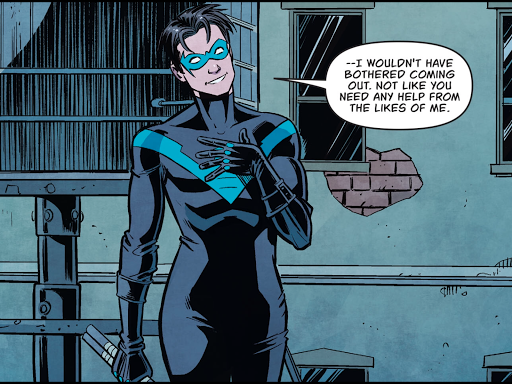 The only things that look even slightly dodgy are a couple of Nightwing panels in which he's all hips, and the horrendous New 52 original Robin costume - it's ugly in concept and look, but that's hardly the fault of Wildgoose and Marzan. Rather than focus on the less than perfect, let's praise the artists for nicely paced, multi-panelled pages, as they interpret Larson’s great value script.

There's also nice work from colourist Mat Lopes and letterer Deron Bennet - the work of all the creators blends superbly to create a confident, entertaining comic. 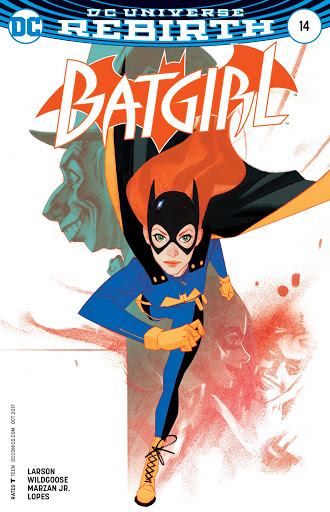 I'm hard-pressed to choose a favourite cover - Dan Mora’s ‘Then and Now’ poster shot or Josh Middleton’s similarly conceived, but differently executed variant. So I shall have both please (Middleton’s does please me by missing out Babs stupid ‘I don't really want to keep my secret ID secret earrings’ but that doesn't affect the overall impression).

This comic gets stronger by the issue. Now would be a great time to jump on board.