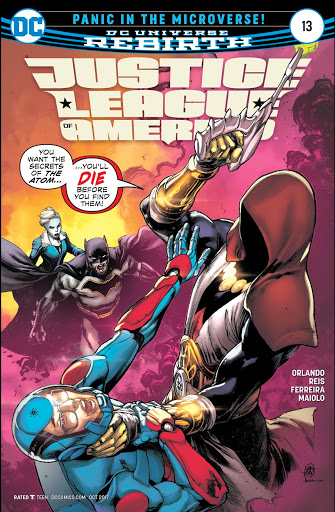 New Atom Ryan Choi has led Justice League comrades Batman, Killer Frost and Lobo into the Microverse, in the hope of finding original Atom Ray Palmer. A shadowy figure clad in an Atom outfit turns out not to be Ray, but she does know him. 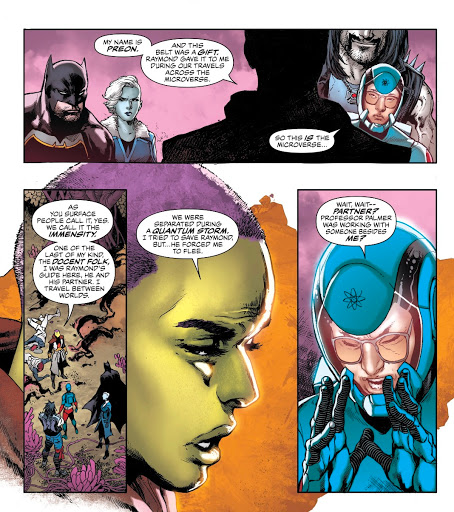 Back in the regular world, another Ray - Ray Terrill, the superhero known as the Ray (that would be nominative determinism) - is having a cuppa with Black Canary Dinah Lance in coffee capital Seattle. Ray's being a tad mopey, Dinah's out to cheer him up. It's not really working, so a distraction may prove welcome. 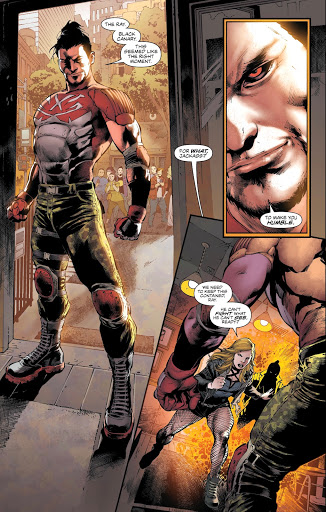 In the Microverse, Preon, who can somehow traverse worlds at will and take others with her, leads the JLA members to a place of desolation, on 'Moz-Ga, the Thinking Planet'. Sadly, it doesn't talk much, so getting answers isn't going to be easy... 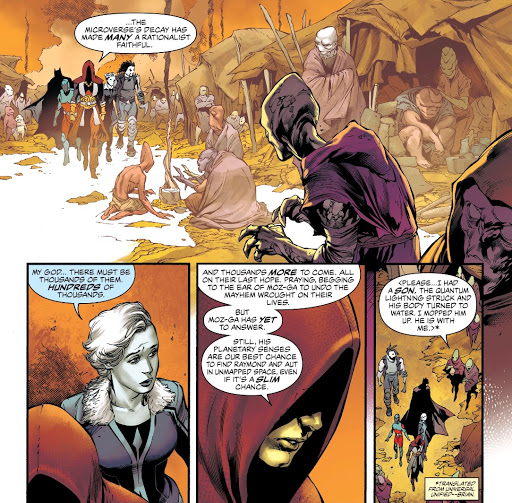 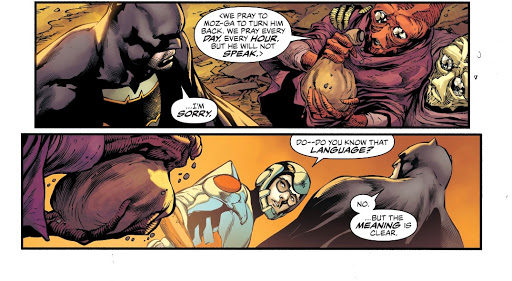 There are more twists and turns before book's end, in this second chapter of Panic in the Microverse, though writer Steve Orlando might have called it The Search for Ray Palmer VI or something... that guy's forever going missing. Hopefully Ryan, whose jealousy at hearing Ray had another science sidekick is rather charming, will find the Silver Age Atom soon, cos I miss him; the DCU is big enough for two small heroes.

With Justice League, Orlando is showing he can do more than the insanely fun black ops superheroics of Midnighter, giving us straight superheroics, mythological lunacy and now, high - or is that low? - concept sci-fi...

I'm surprised DC can actually call somewhere the Microverse, I thought Marvel, or perhaps current Micronauts licence holder IDW, would have that term tied up. Probably Gardner Fox used the term in a Forties JSA story. Anyway, Orlando gives us a grittier version of a sub-atomic world than we're used to at DC, but doesn't shy away from such daffy ideas as a thinking planet that's not thought to communicate with anyone for a millennium.

Then there are the quantum storms. Reality changing bolts of energy that can alter time and space? The superhero most associated with quantum energy is the Charlton-turned-DC character Captain Atom, the model for Watchmen's Dr Manhattan... the very same character behind the DC New 52/Flashpoint business. And if I weren't suspicious enough, check out that last credit

That's Geoff Johns who is masterminding the DC Rebirth longform storyline whose next chapter, Doomsday Clock, looks to be setting Superman against Dr Manhattan. Colour me intrigued - and have Marcelo Maiolo handle the hues, because he's a master of dynamic tones. The green flashes of quantum energy are especially appealing, but likewise I like the more mundane tones applied to the Seattle sequence. This panel of Dinah and Ray noticing that coffee punters are spooked is just lovely. 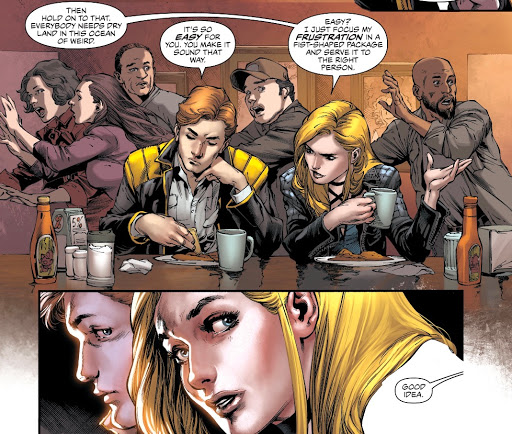 The art Maiolo is colouring comes from illustrator Ivan Reis, who's inked on some pages by Julio Ferreira. Every page is a beaut, with new characters Preon and Aron Aut (I bet he turns out to be a flyer) designed to last. And when that bad guy turns up in Seattle - he's named Afterthought - I wasn't sure if he was out to kill Ray or date him... he's a bit of a hunk, as the kids don't say. Lettering the issue is Clayton Cowles, whose work is never showy, but always excellent.

My favourite characters this time are Dinah, for that helpful advice, above...

... and Caitlin, for her faith in Ryan; the pair of them will make such a cute, fingers crossed, couple. 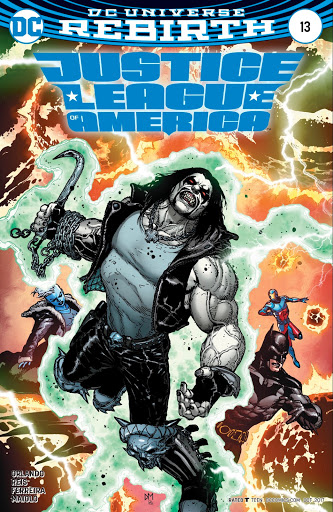 Both are fine images, but what I'm really interested in is why Cowles uses the word 'and' in one case, and an ampersand in another. Sorry, it's the journalist's curse to notice and be bugged by these things.

This series gets better by the issue - don't shrink from buying it.