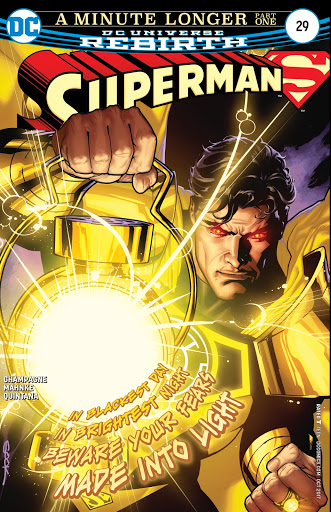 A small boy, Zee, is playing the DCU version of Pokemon Go. It doesn't end well. 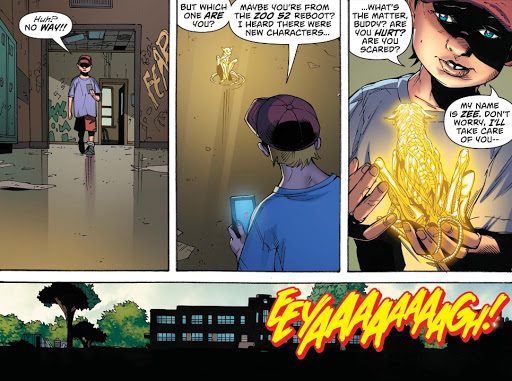 And he's just the first. For two weeks, one child goes missing nightly. Superman is trying to help in both his identities. 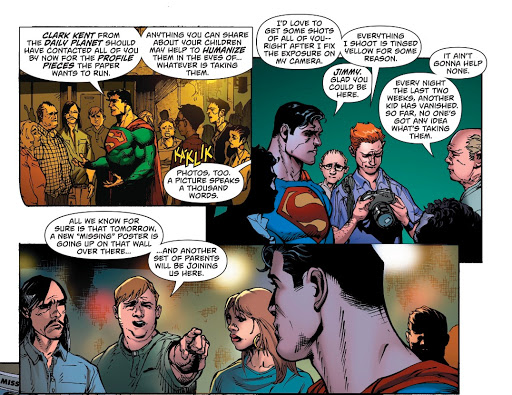 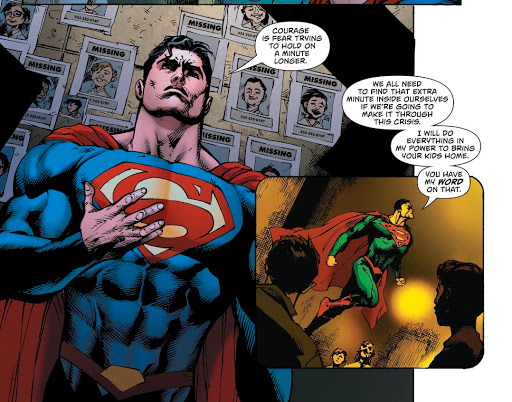 Elsewhere, Zee has reappeared. But it's no longer Pokemon he's hunting. 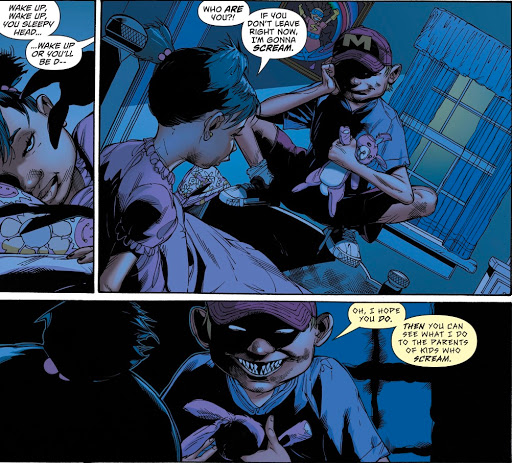 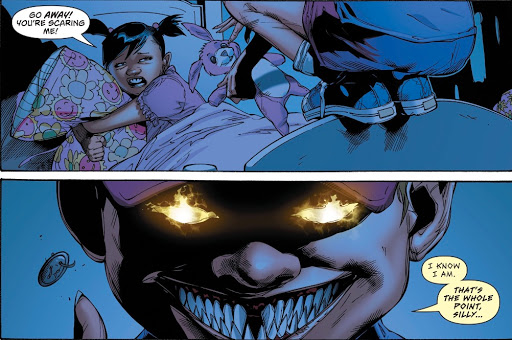 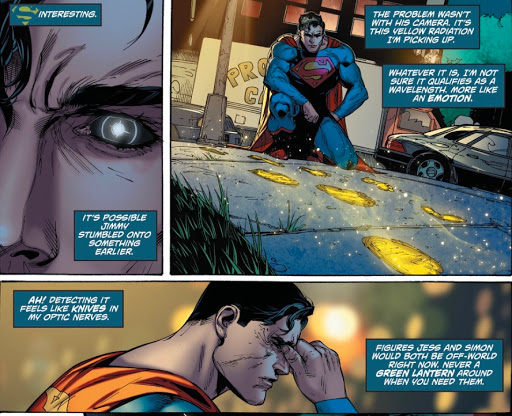 He thinks he knows who's behind the abductions now … Sinestro, the renegade Green Lantern, recently returned leader of the Yellow Corps…

Is he right? If you've not read this issue, take another guess - the horrible smile sported by Zee is a bit of a clue.

Zee. I don't know why guest writer Keith Champagne uses this nickname for the boy we learn is named Zachariah. There's only one Zee in the DCU and that's Zatanna. 'Zach' would do.

Oh well, I liked this issue, the first of two parts, a lot. It's refreshing to see Superman without wife and son, I can't recall the last time he had an issue to himself. This leaves room for such details as this. 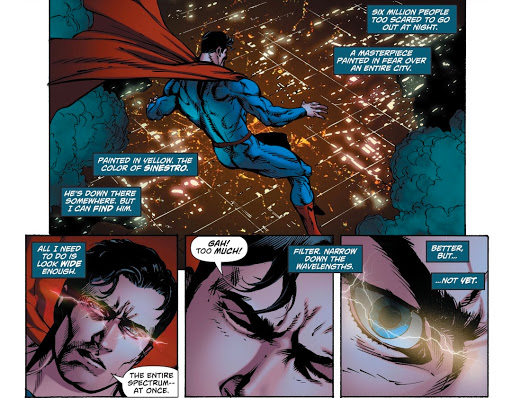 We don't see enough of Superman’s vision powers beyond heat vision - Superman isn’t overpowered, he's Superman, and I want to see everything he can do. The last writer to really stretch Superman’s abilities was Kurt Busiek, years ago; I hope other writers, like Champagne, take a leaf from his book.

While the main villain could do with a proper introduction for anyone who missed the Nineties, his schtick is obvious from this appearance. Two things Champagne gets very right are Superman’s compassion for the parents - he knows all their names - and the tender way he talks to Zee. And it's great to see Jimmy Olsen take part in a story.

I'm not so keen on the George S Patton quote that gives this story its title - it sounds impressive, but I can't see a panicked parent wishing to hear platitudes.

Regular rotation penciller Doug Mahnke is on hand to keep things looking good - his images of a determined Superman, inked by, most likely, Jaime Mendoza (Rob Hunter and Scott Hanna get ‘with’ inking credits) are simply wonderful. The visual novelty of Superman on the job at night, as coloured by Wil Quintana, is a treat, while Rob Leigh never fails to impress with his lettering. And Zee perched on a bed? That's going to give me nightmares. 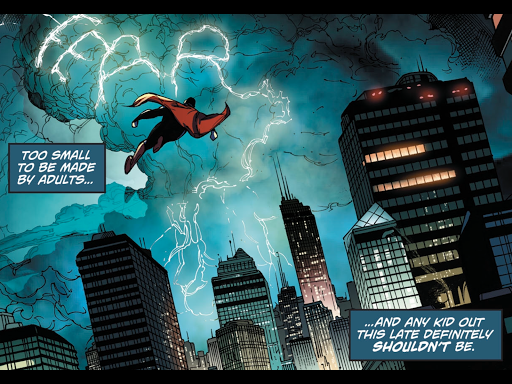 One thing, though... there's a lightning bolt that somehow does a bit of skywriting - if we can see it, Superman should be able to see it. 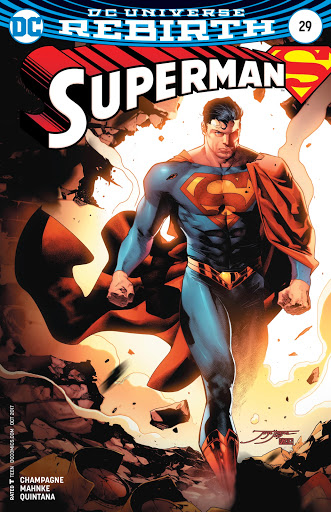 Ryan Sook’s main cover is strong and eye-catching - he's doing his own colours - while Jorge Jimenez and Alejandro’s variant is a masterpiece of brooding.

I don't know why regular writers Peter J Tomasi and Patrick Gleason are absent (maybe they're taking time out to contribute to the upcoming Action Comics #1000), but I'm glad Champagne is stopping by. He's written a fair few comics in his time and does a fine job here; I'm looking forward to seeing where he takes this story.