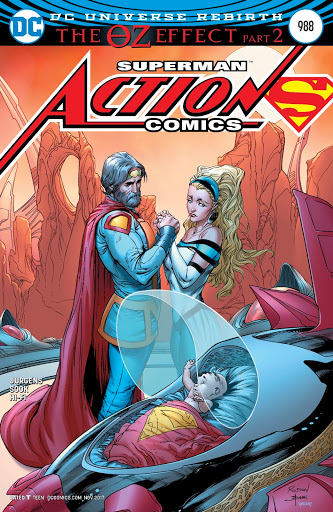 Mr Oz stands unveiled as Jor-El of Krypton. Superman doesn’t believe the mysterious figure is his father - he knows Jor-El died along with his mother Lara and the entire world of Krypton. But Fortress of Solitude guardian robot Kelex says this is the man who sent baby Kal-El to Earth. Superman still has his doubts, but as he doesn’t know Mr Oz is a kidnapper and murderer, he listens to the tale he tells via Kryptonian memory crystals. 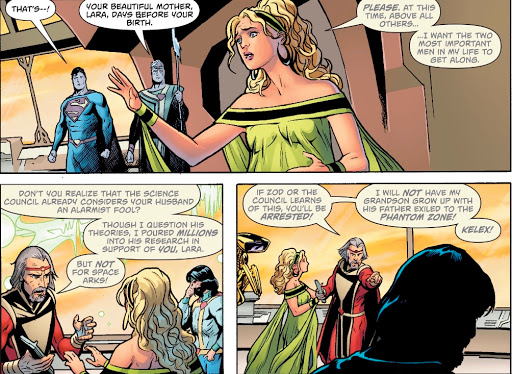 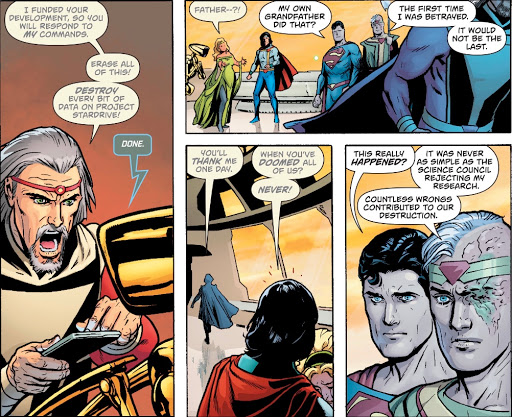 Would millions have been saved had Lor-Van not destroyed Jor-El’s research? Probably, but it’s a moot point, as the recordings reach history as Superman knows it… and goes beyond, to a very interesting place. 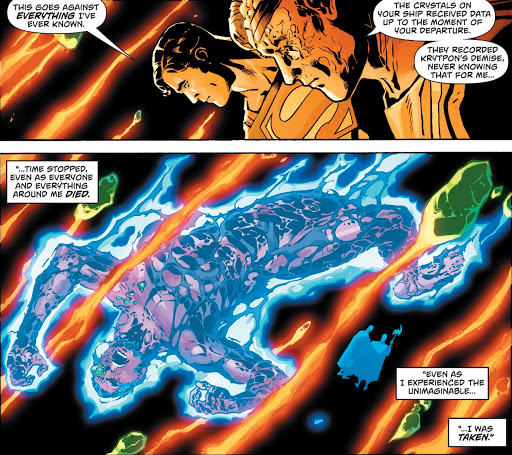 It’s the blue energy we’ve seen around the DC Universe since the Rebirth relaunch began. This has to be the work of Watchmen’s Dr Manhattan - but why? Mr Oz has a theory. 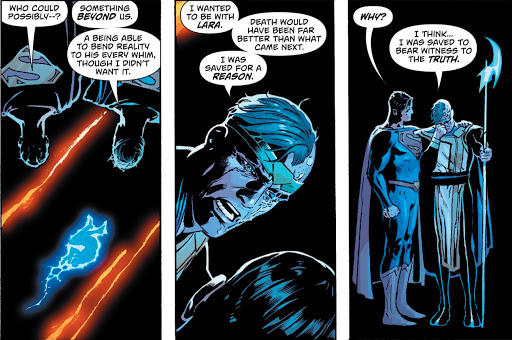 The story then shows us how, after finding himself on Earth, Jor-El quickly lost faith in humanity. It’s a harsh tale of life during wartime from writer Dan Jurgens and artist Ryan Sook that seems plausible, but if it happened, that doesn’t mean Mr Oz = Jor-El will stick. It’s simply too big a change to the Superman Legend. I shall just assume it’s a chapter on the road to Action Comics #1000 and the Doomsday Clock series, relax and enjoy the intrigue.

I like that while Superman doesn’t buy into the story, he pays attention to Mr Oz, listening and learning, speaking up for mankind. What he doesn’t say is that, yes, Earth is far from perfect… 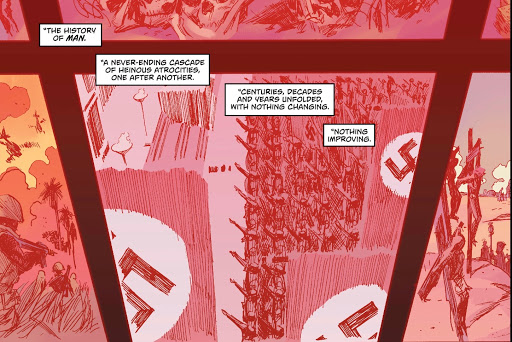 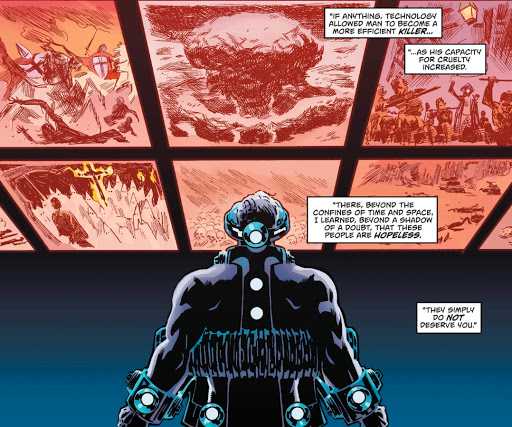 … but Krypton, with all its wonders, was hardly a paradise, with criminals of all stripes, clone wars and the like. I expect it will come up.

Meanwhile, this issue has a smart script from Jurgens, with Superman’s personality dead-on and Mr Oz a credible Jor-El. Where the claims fall down is that there’s no way a scientist of his calibre would buy into the idea of humanity as hateful and hopeless based on a depressing mix tape shown to him while he’s in a torture chair.

Sook’s storytelling is sublime, making an issue of exposition sing, with such things as upside-down angles conveying the emotional disorientation Superman feels. Our hero has a pleasing Gary Frank quality, while Mr Oz really does look like a Jor-El who’s been through the wars. Choices such as Superman reflected in Kelex’s screen, distancing him from the claims of Mr Oz, are seriously smart. And Sook is careful to show us a resemblance between the two men. 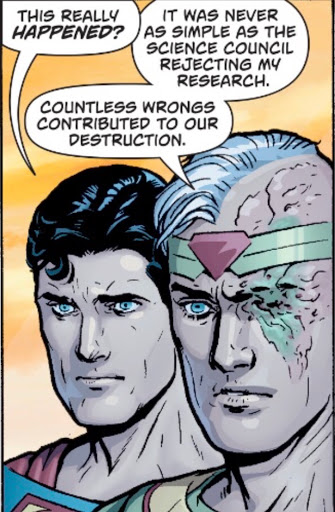 The colours of Hi-Fi and letters of Rob Leigh add the finishing touch to this second chapter of The Oz Effect.

The main cover to this issue, by penciller Robson Rocha, inker Daniel Henriques and colourist Jason Wright is a nice look at a classic moment, while the variant by artist Neil Edwards and colourist Jeromy Cox captures an intense moment from Mr Oz’s tale. 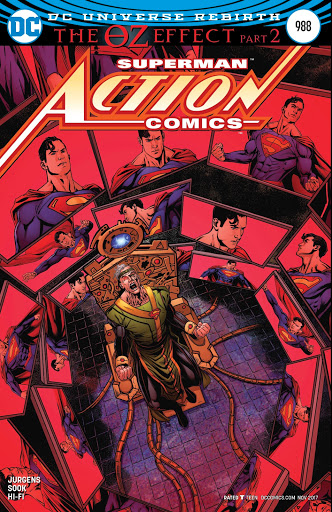 I don’t believe the central conceit, but I’m seriously invested in this storyline, an autumn blockbuster leading somewhere bigger still.