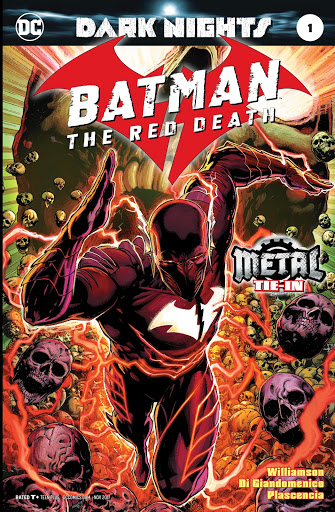 Nothing makes a DC event seem more like a DC event than a shot of infinite earths. 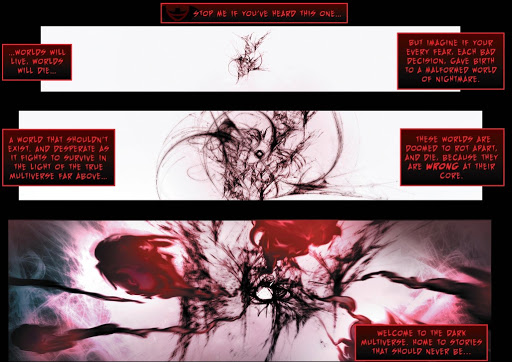 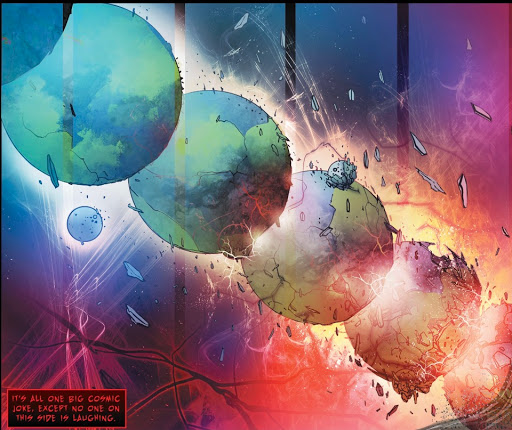 The one that opens this first spin-off from the Dark Nights: Metal storyline is a little different to the norm. The dark multiverse looks like a series of rotting conkers. It's an arresting image, and the rest of the book doesn't disappoint.

It begins on Earth 52, with two friends at war. 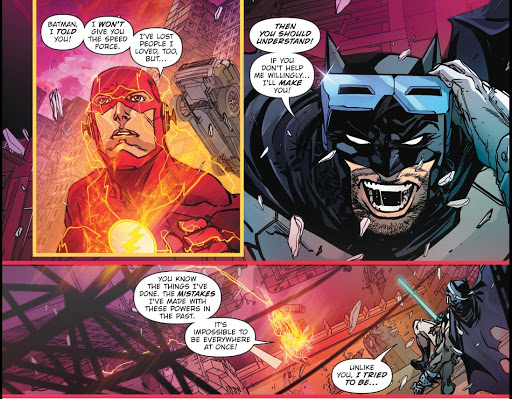 It ends with Central City on the main DC Earth in flames, under siege by a Composite Batman, one who, in gobbling up E52 Barry Allen's Speed Force, has merged with the man himself. As with Firestorm, though, only one personality is in control and it sure ain't a police scientist from the Midwest. 'Our' Flash does have a crack at beating back the threat, the Red Death, but he's whisked away by a third/fourth party before a victor emerges. More impressive than Barry, though, is his former girlfriend, Iris West. 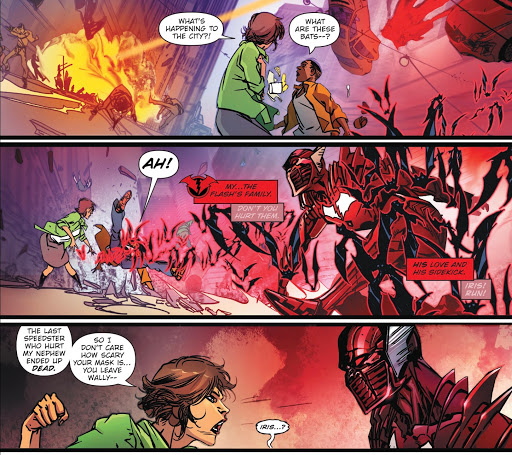 I've seen many fans commenting that this event really lives up to its name, that it's like, totally 'metal'. I don't actually know what that means... my best guess is that it's inspired by the fantasy imagery of album art from popular beat combos. There also seems to be something about making existing tech bigger and badder, a la crossing the Batmobile with the Cosmic Treadmill. 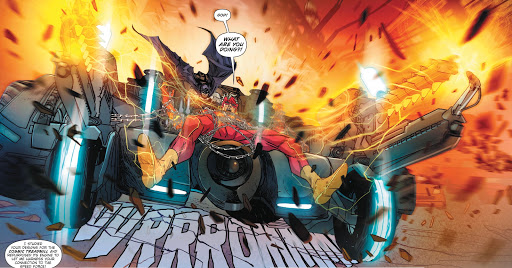 If 'metal' equates to 'big, daft fun' then yes indeedy, Batman: The Red Death hits that Boris Vallejo spot. The new Batman-beast design is over the top, the frazzling skies awe the eye, the speed trail of bats is seriously nutty... this one-off is a thrill ride and no mistake. The script from Josh Williamson picks up the baton from Scott Snyder and Greg Capullo’s mother Metal book and its narrower focus makes for a very satisfying spin-off. It doesn't follow from the end of last week’s Metal #2 as expected, so I assume this precedes that book’s final spread. Whatever the case, Williamson jumps on board the Metal train and takes it down an interesting, thrilling sidetrack.

His artistic partner on Flash, Carmine Di Giandomenico, will likely be fighting off editors trying to give him event work after this issue. He embraces everything Williamson throws at him, providing the widescreen images that help make an event memorable. And colourist Ivan Plascencia only amplifies the artistic intensity. 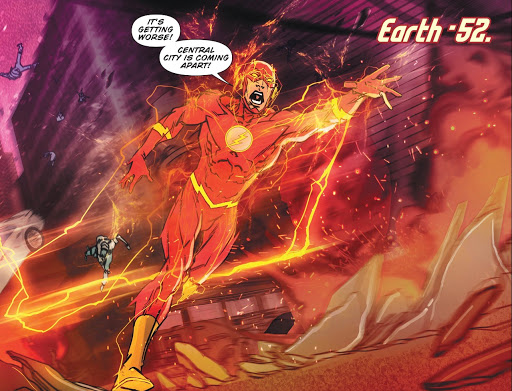 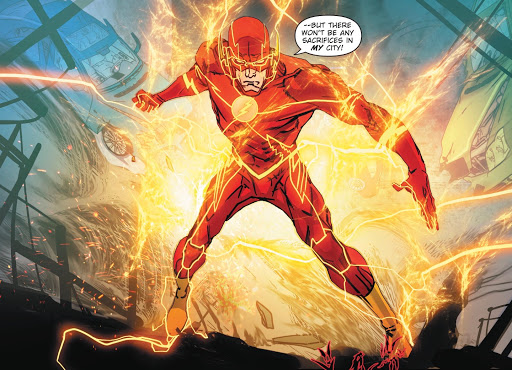 My favourite visual, though, is a simple shot of E52 Flash in the classic costume… compare it to the lightning-muddied, over-panelled, migraine-inducing modern monstrosity. I've pleaded previously and I'm not going to stop - please DC, cut out the clutter, let our speedster look sleek once more.

(And if that E52 Flash shot isn't a direct homage to George Perez's work in Crisis on Infinite Earths I'll eat my crimson cowl...)

Ilustrator Jason Fabok and colourist Dean White's mass market cover is an electrifying tease for what's to come, while the alternate from Riccardo Federici is a moody masterpiece. 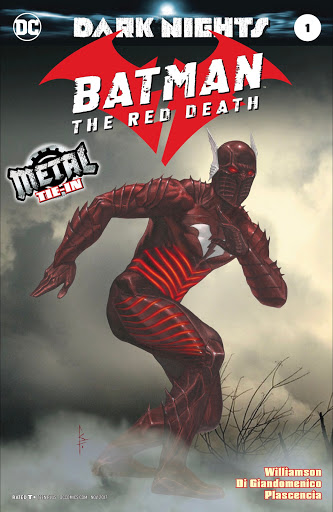 Extra fun comes from picking up on nods to previous big DC stories, such as The Killing Joke and No Man’s Land (the hint there being the phrase, ‘No Man’s Land’). Williamson having fun, or part of the bigger DC Rebirth picture? Probably the former - I believe Snyder has said Metal is its own thing - but time will tell. Meanwhile, even if you're not reading the parent title, I suspect this issue will entertain you. Big time.