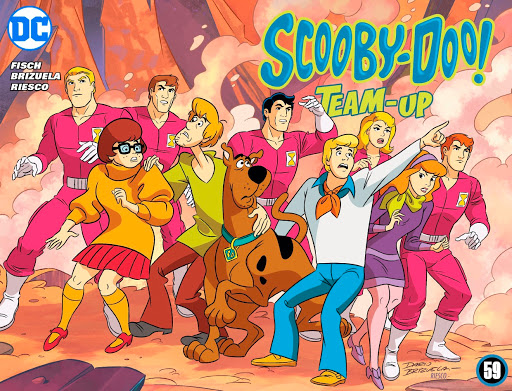 When there's something strange in the neighbourhood, who ya gonna call? Mystery Inc, of course! 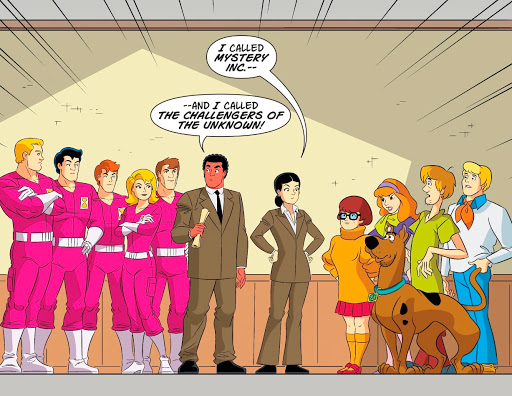 And the Challengers of the Unknown. Fred, Velma, Daphne, Shaggy and Scooby are used to teaming up with other adventurers, so are surprised when Red, Rocky, June, Ace and Prof prove rather proprietorial about the latest mystery.

As for what the mystery is… 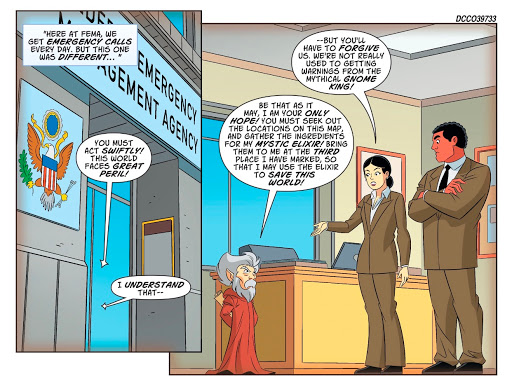 I don't trust that little guy, he's likely a Challs enemy hoping to con someone into doing the legwork for him.

We’ll learn if I'm correct in the concluding part of this DC Digital debut. It's typically delightful work from writer Sholly Fisch, artist Dario Brizuela, colourist Franco Rizuela and letterer Saida Temofonte. The Challs are a tad more pompous than I'm used to, but I've never seen them faced with an equally adept adventuring operation. I could certainly see a bunch of alpha types being overly protective of their professional area.

As if the Challs aren't enough, Fisch throws in another Silver Age DC team. 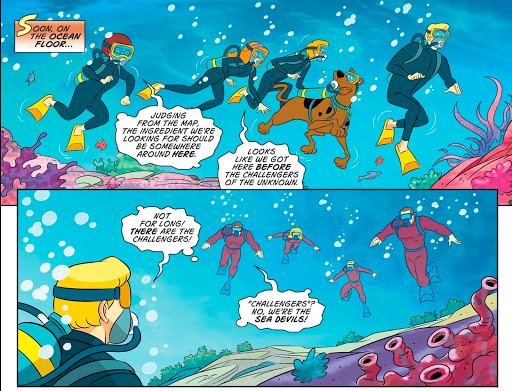 Well, they do all wear purple. And we look to be getting another group of guest stars in the conclusion.

Whether you're an old DC fan, or a newcomer to the heroes who live on borrowed time, don't miss this story - it's massive fun, with its witty, well-worked script and open, attractive cartooning. Who needs a gnome king’s treasure when you have a comic this good.