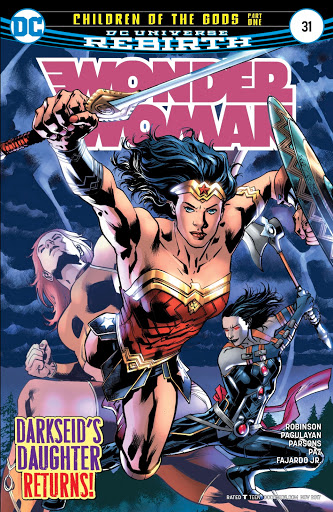 There’s not a lot of Wonder Woman in the latest Wonder Woman. Normally, I’d be mildly rankled but new writer James Robinson kicks off the latest storyline in such an engaging manner that I don’t mind at all.

We begin with Diana apparently fighting her bother. He’s unseen, and by page two we’ve flashed back five weeks, when a bearded man is making a rare visit to the nearest community for provisions.

It’s Diana’s brother Jason, presumably, whom readers of Geoff Johns’ Justice League book were told to expect. Soon he’s off chopping trees, only to be confronted by a new character we did meet in that JL run, Grail, daughter of Darkseid.

Correctly identitied as a son of Zeus, the bearded man reveals his true form. 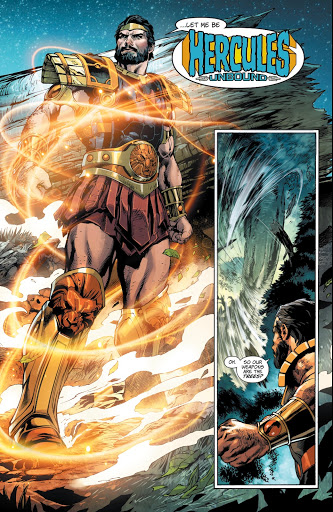 Not Jason then, but the version of the demi-god who debuted in the DC Universe of the Seventies. And Grail wants his power.

Nearly a fortnight later, Diana defeats one of her biggest foes, showing commendable sensitivity to her surroundings. 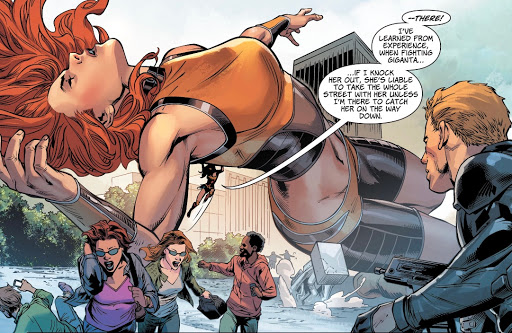 And then she meets a gentleman of the legal persuasion. 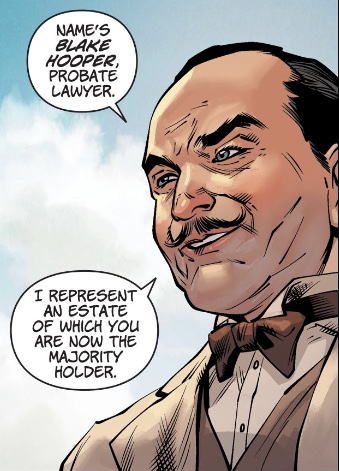 Why is Hercule Poirot pretending to be a lawyer? Surely I’m not wrong about two Hercs in one issue? Anyway, he has big news for Diana. The issue needs with a look at how Grail’s scheme to re-age Darkseid from babyhood to godhood is going.

Children of the Gods Part One is a quick read, but a good one. Robinson’s gentle introduction of Hercules, as a god who just wants to be a backwoodsman, meant I cared what happened to him - and he’s so splendidly depicted by Carlo Pagulayan and inker Sean Parsons (or Jason Paz, or Scott Hanna, once more DC, please break down those credits) that I hope he becomes a DCU regular. Grail also looks great, truly formidable as befits a New God, and Robinson gives her an appropriately haughty demeanour. Poor old Giganta gets not a single line, being a fall girl, but I don’t think she’s here purely as a way in to Diana’s scene - Robinson is nothing if not a planner, so a line about what’s she’s been up to has to be leading somewhere.

As for the writer’s treatment of Diana herself, I like what we do see of his Amazon princess, a heroine hoping to find the lighter side of life after a time of confusion. I can’t wait to see more of Robinson’s Wonder Woman.

I’m behind on my puff pieces so don’t know how long Robinson is staying - six issues rings a bell - but I rather hope the assignment is open-ended, as he does his best work when he’s around awhile. And if Carlo Pagulayan similarly sticks around, that’s all to the good, as his sturdy, good-looking characters have real appeal. 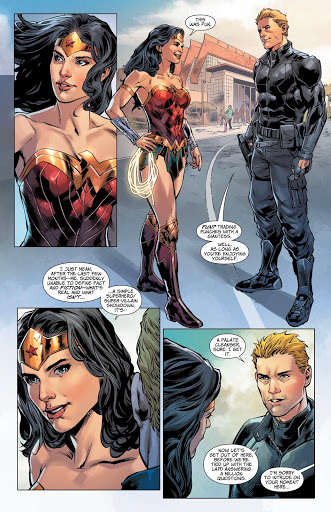 The chemistry between Diana and Steve Trevor, for instance, is right there on the page. I can’t see where the trio of inkers start and stop, so credit to them, and any bumps have no doubt been smoothed out by colourist Romulo Fajardo Jr. 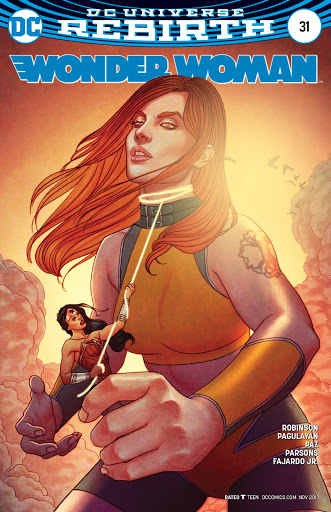 The artistic goodness also extends to the covers of illustrator Bryan Hitch and colourist Alex Sinclair, a more than decent montage, and Jenny Frison, which gives us a moment we don’t see inside, Diana fighting Giganta. Credit, too, to Saida Temofonte for a typically sharp lettering job.

The best issue in months, Wonder Woman #31 is a perfect jumping-on point.