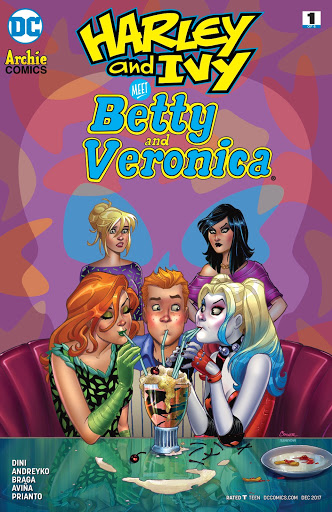 Hiram Lodge has a new money-making scheme - turn Sweetwater Swamp outside Riverdale into a university campus. Poison Ivy’s not happy about the idea - the place is heaving with unique fauna - and takes gal pal Harley Quinn along when she tries to persuade the millionaire to think again. 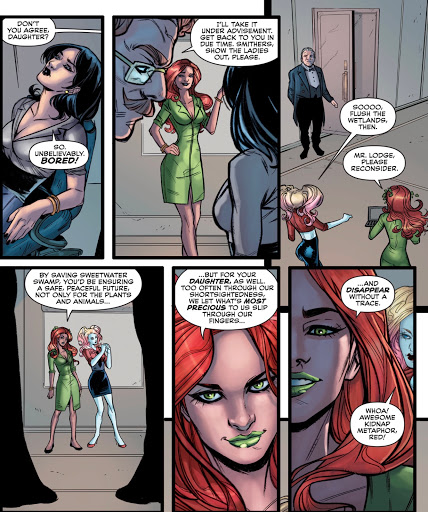 So much for peaceable means.

Elsewhere, Hiram’s little princess, Veronica, shows better powers of persuasion, wrangling her school pals and rivals to decorate daddy’s club for a costume party. A few of them even get invitations... 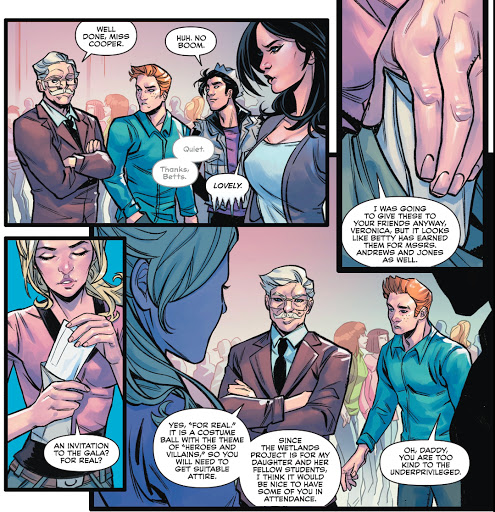 Harley and Ivy meet Betty and Veronica #1 is a slight confection, but a delicious one. Writers Paul Dini and Marc Andreyko take their time introducing the characters, meaning fans of Archie or DC only are soon up to speed. Everyone’s in character, with Archie’s all-ages nature likely responsible for the DC duo leaving their smuttier sides back in Gotham. America’s Favourite Teenager himself isn’t around much - well, it’s not his comic, and he already got to meet the Punisher - but we are reminded that at the height of Batmania he had his own spell as a superhero. 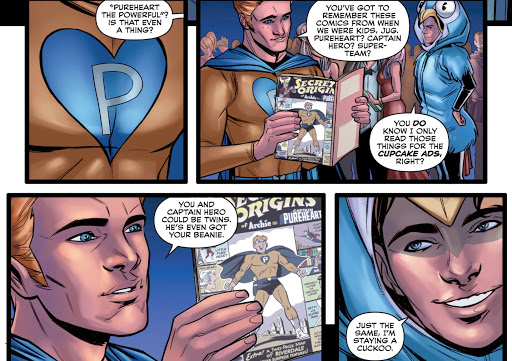 (Love the back to front printing - classic!)

Quibble-wise, it doesn’t make sense that Ivy, able to manipulate Lodge butler Smithers with her plant abilities, doesn’t try the same trick on Hiram Lodge... but she is meant to be less than sane. DC Harley & Ivy regular Amanda Conner draws the cover, which regular artistic partner Paul Mounts colours. It’s a fun illo, though the skull image puzzles me... is someone going to die? Will the Punisher pop up? Adam Hughes’ alternate cover is even better, being I more in keeping with the interior art.

Our quartet of cuties don’t meet this month, but the final page promises great things. Will Harley horrify and Ivy intimidate or will Betty and Veronica rise to the occasion and run the bad girls out of town? Are we about to see the return of Pureheart the Powerful? I can’t wait to find out over the next five issues.