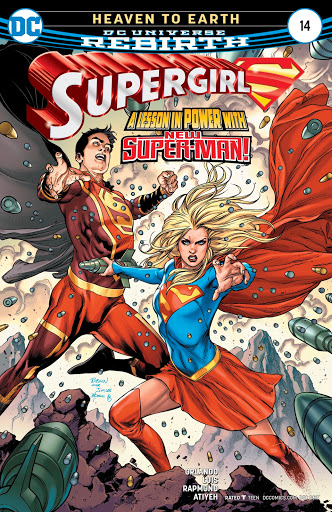 Just two cousins hanging out. By a volcano. With a Superdog. 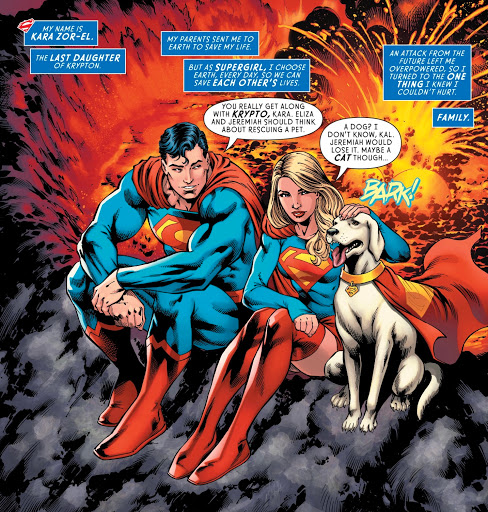 It’s taken years, but DC continuity is finally back at my sweet spot, with Supergirl and Superman looking out for one another.  And is that a hint Streaky, the Cat of Steel, is coming? I do hope so, I’ve no doubt writer Steve Orlando can make the Silver Age favourite work in 2017. 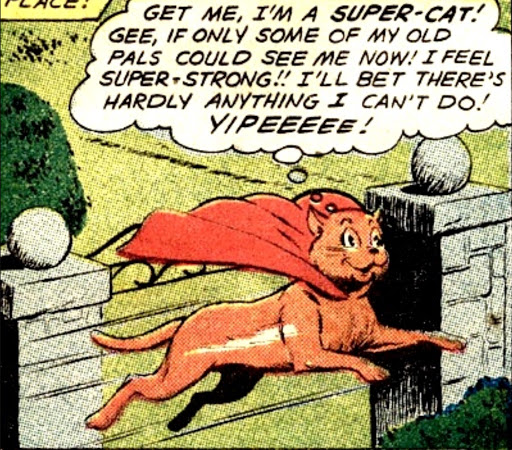 That’s in the future, with luck; for now we have Kara turning to Clark for advice to deal with her recently increased powers. Who, she wonders, might know a way to help her regain control before someone gets hurt? 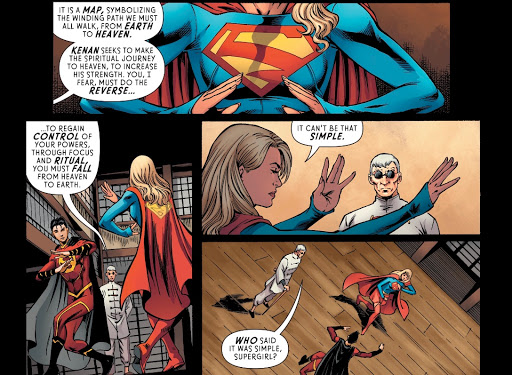 Kara listens to the sage, looks within to regain her focus. And she’s doing pretty well, until a distraction comes up... 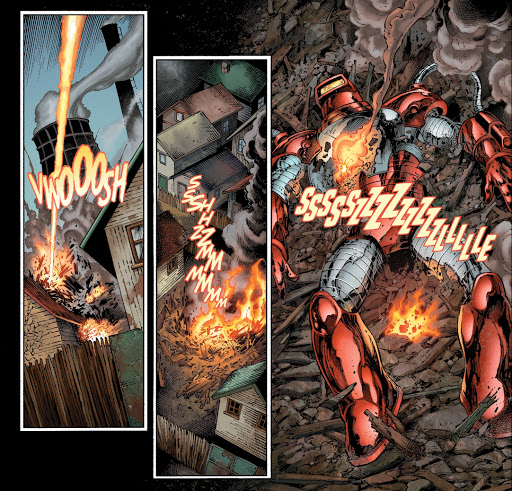 Would you just look at the artwork this issue? Penciller Jose Luis, inker Norm Rapmund, colourist Michael Atiyeh and letterer Steve Wands produce one gorgeous superhero comic. Kara is intelligent and powerful, Kenan solid and puppyish, I Ching still and serene and the bit players - including that unfortunate Rocket Red - nicely individuated. 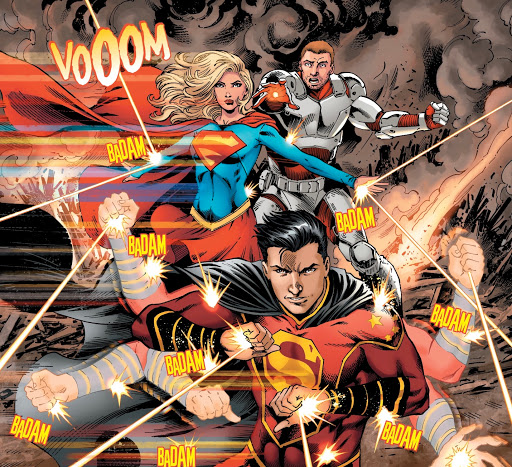 The action notes work nicely while the emotion is nailed. I hope this team returns before long.

As for Orlando, his Supergirl gets better by the issue. The New 52 ‘hell on wheels’ horror is gone, replaced by a mature young woman, one able to reach out for help and listen to others. She doesn’t rush headlong into situations, instead assessing them and finding the best course of action. Importantly, though, she’s not perfect, she can still be caught off-guard.

And good on Orlando for the quick callback to Kara’s New 52 debut, making it clear this is the same character, one who’s grown. Kenan, too, has come a long way from the egotistic, blundering fool he was in his debut, and I like that.

After the Russian business is concluded and Kara gets back to her studies, there’s a lovely page of the two young heroes just chatting as they share a bite - it’s great stuff.

The book closes with a visit to CatCo, where ‘Miss Grant’ is scheming, before a final scene of Supergirl that’s just perfect. 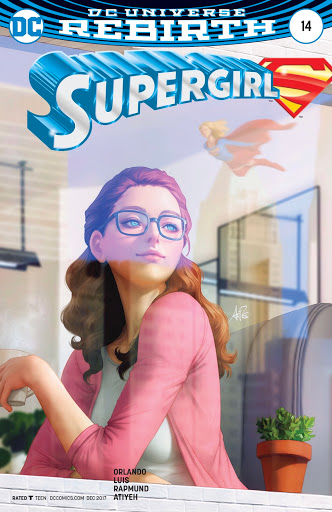 Also perfect is the alternate cover by Stanley ‘Artgerm’ Lau, a timely reminder that Supergirl is back on US TV this week, while penciller Robson Rocha, inker Daniel Henriques and Atiyeh’s main cover is a real eyecatcher.

Supergirl is on a roll right now, if you’re not reading this series, try this issue.