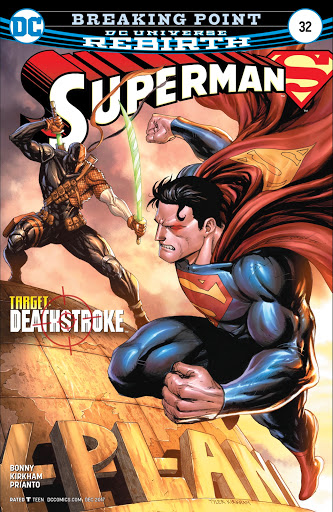 Lois Lane’s recent interview with international hitman Deathstroke the Terminator looks set to be an award winner, having made headlines and pleased hard-nosed hack Perry White.

Sadly, whatever understanding there was between reporter and assassin has faded as this issue begins, with Lois firmly in his crosshairs. Cue her very own guardian angel. 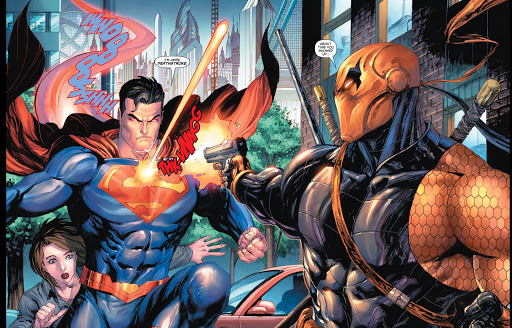 Something similar happened in the first part of Breaking Point, convincing Slade Wilson that Superman loves Lois Lane Kent. As the story continues it becomes evident that he really isn’t interested in murdering Lois so much as raising in Superman the desire to kill.

Writer James Bonny impresses here as he switches narrators, from Lois to Superman to Deathstroke... then provides a reveal in the final pages. It’s a clever one, in that it makes sense for the current take on the character; I hate it, though, because it continues the darkening of a classic DC character. Purportedly one of the good guys, this person should not be directly endangering regular folk like Lois, and indirectly responsible for the potential deaths of hundreds more by hiring a man who sets a massive fire at an industrial plant to smoke Superman out. 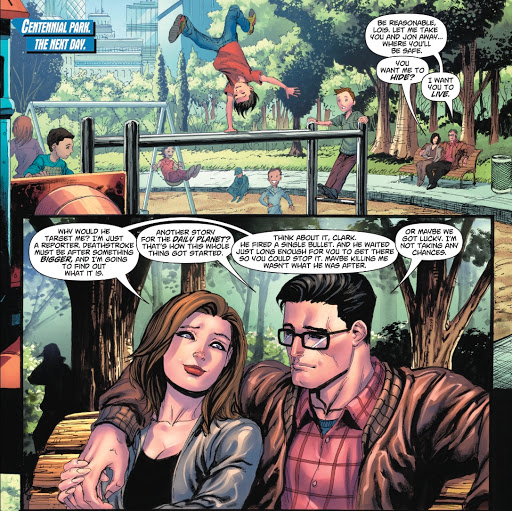 And Lois goes beyond her reckless Silver Age self in putting others in danger, insisting on going to the office when a master killer is apparently out to get her. Yes, Deathstroke is the ‘honourable’ assassin, the bleeding heart who doesn’t like others to get hurt in his crossfire, but collateral damage is always possible.

As for Deathstroke, he fails to put two and two together and work out that if Superman loves Mrs Clark Kent, they’re likely the same man (I’m pretty sure the surprise character is well aware of the fact). While I’m no fan of the villain, Deathstroke is smarter than that. 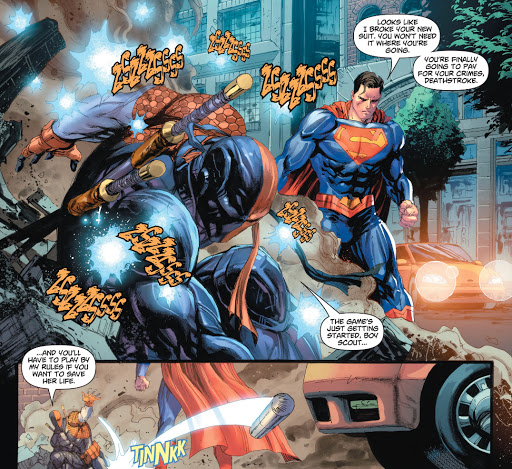 Superman’s abilities are downplayed in order to make it seem Slade - an enhanced human, but way below Superman’s level of power and experience - is a credible threat to Lois’s life.

Artist Tyler Kirkham and colourist Arif Priato work hard to sell the danger, capturing the plucky tension of Lois, growing anger of Superman and no-nonsense attitude of Deathstroke. Their Metropolis is an interesting urban environment and when an explosion hits there’s a real sense of danger.

Dave Sharpe letters, and all looks good... someone, though, did a poor patch over his work. 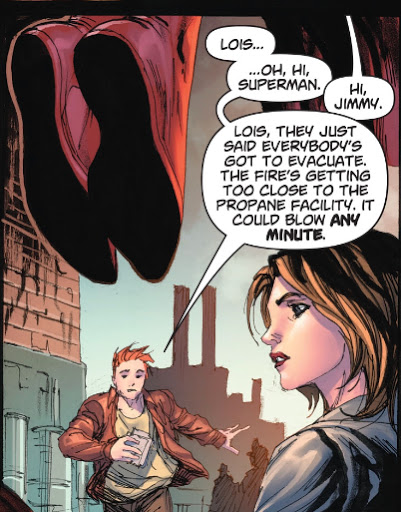 I wonder what the original words were, I can’t see room for anything controversial. 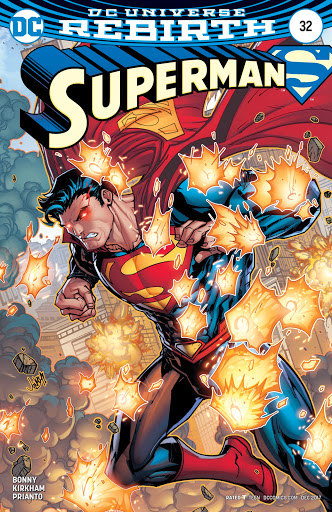 Kirkham and Prianto produce a decent main cover, Jonboy Meyers an attractive alternative, but for the zillionth time this decade we get burning red eyes as a shorthand for ‘Superman is most annoyed’. That’s not how his heat vision works, it’s a power he controls like any other, it isn’t linked to emotion.

The smart narration and visual storytelling throughout helps make up for my negative criticisms... I’d still recommend this two-parter as a fill-in worth reading for fans of Lois.