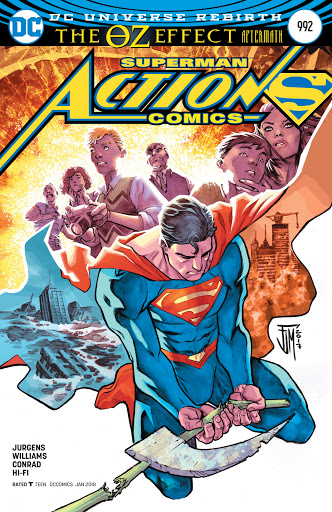 It’s easy to revere a dead parent you never met, but Superman has now encountered a man claiming to be Jor-El. And for all his excuses, Mr Oz has done monstrous things. And if Jor-El is Mr Oz, what does that make Superman? Does the Kryptonian apple fall far from the Scarlet Jungle tree?

The indications aren’t good. While Clark is disturbed at the thought Mr Oz could enter his Fortress of Solitude at will, he’s happy when Batman makes an unannounced appearance. They begin the conversation they should have had months ago about changes to their timelines. Later, in Metropolis, Superman’s wife, Lois Lane, is trying to cover up for an AWOL Clark Kent. 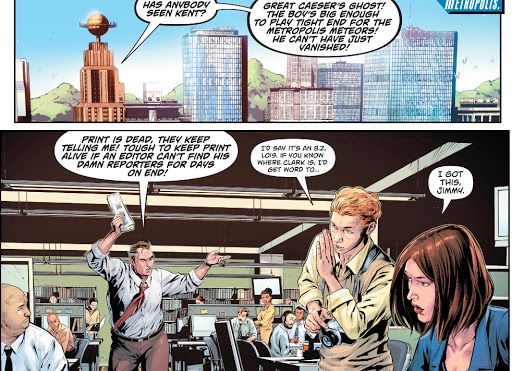 Perry White’s patience is running out, but rather than put in a brief appearance at the office to take the heat off Lois, Superman continues his quest to prove that Mr Oz is not his father. Maybe the Green Lantern Corps, who have watched over the cosmos for aeons, can help? 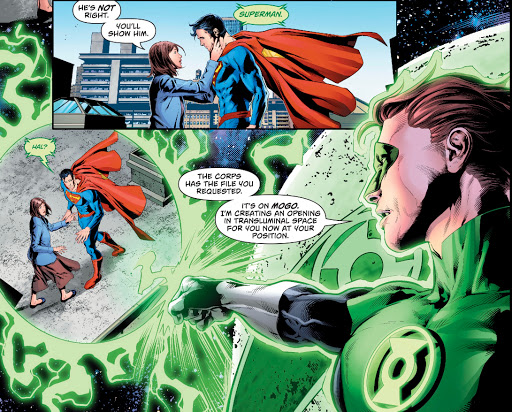 This is a terrific epilogue to The Oz Effect. Dan Jurgens, the man who knows Superman better than any space dad, has him act exactly as he should. Having exhausted the resources of the Fortress, of course he’d turn to his JLA friends, from the uninvited Batman to a welcoming Hal Jordan GL. He even uses the technology of another JLA-er, leading to a surprise guest on the final page.

Lois, too, is spot on, while we also get the best Perry scene in ages. Yes, he’s godfather to Jon Kent, but the mana also has a newspaper to manage, and for all their reporting brilliance, Clark and Lois are deeply unprofessional.

My favourite moment, though, is one that could only ever be shared by two superheroes. 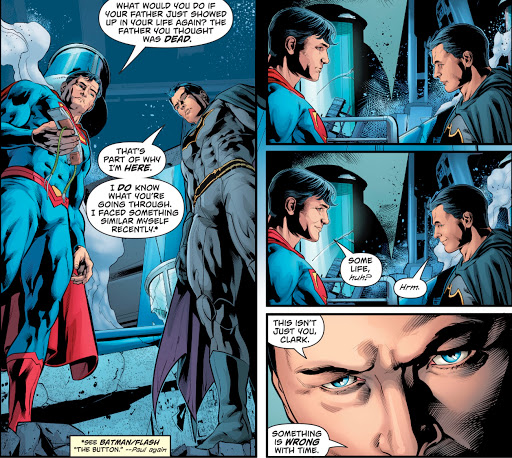 It’s a fantastic beat, the ridiculous melodrama of their lives allowing Superman to release a bit of tension. And credit to Rob Williams - writer of Suicide Squad and the underappreciated DC You Martian Manhunter series - who steps in to script Jurgens’ story and keeps the quality sky high.

Guest illustrator Will Conrad is a huge asset to this issue, nailing the emotions and capturing the wonder. From a poignant shot of a migrant boat to the serenity of a sleeping Jon, Conrad’s work - coloured by the ever-excellent Hi-Fi - is exemplary. Some of the angles are ambitious, but Conrad nails every one. I love how he gives us Clark’s s-curl, and if the Green Lantern editorial office isn’t chasing him after this issue’s dashing Hal Jordan, someone isn’t doing their job. 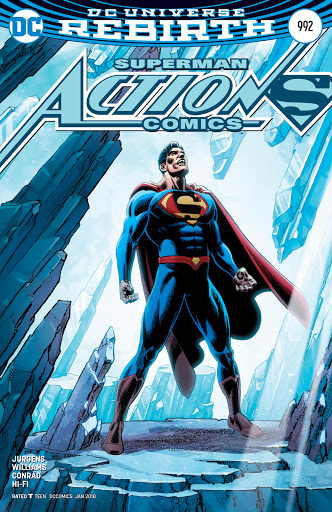 Throw in two wonderful covers, one from Francis Manapul, the other from Superman legend Jerry Ordway, and you have a typically great package from the new DC.