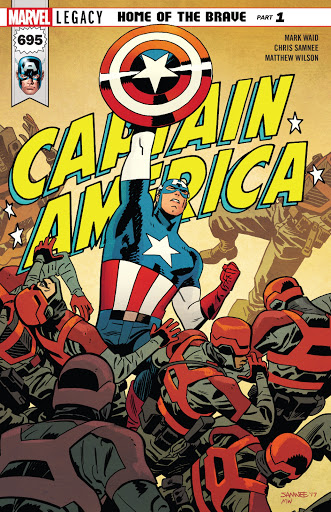 He turns up in a small town he saved from Nazi types ten years earlier in Marvel time, shortly after he emerged from his decades-long nap in a block of ice. He’s surprised to see that the Nebraska town has changed its name from Burlington to Captan America. There’s gratitude for you. And look at the big celebration. 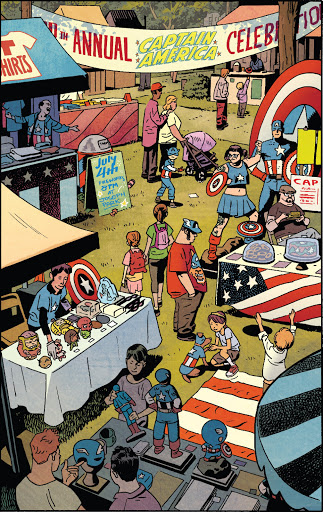 While the rest of the US may distrust Cap, in this place he’s virtually worshipped. But it turns out the serpents have returned to Paradise. 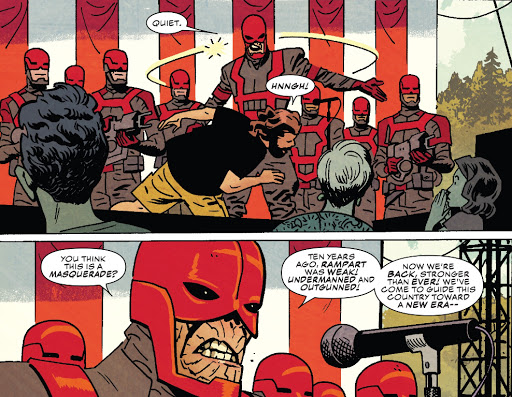 Time for some serious shield slinging. 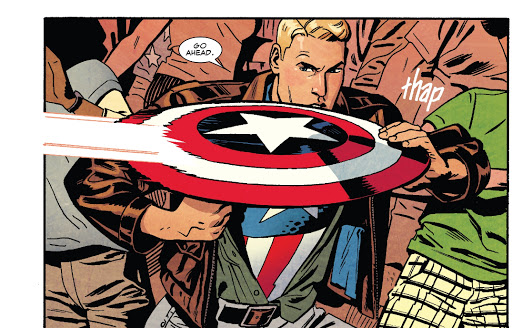 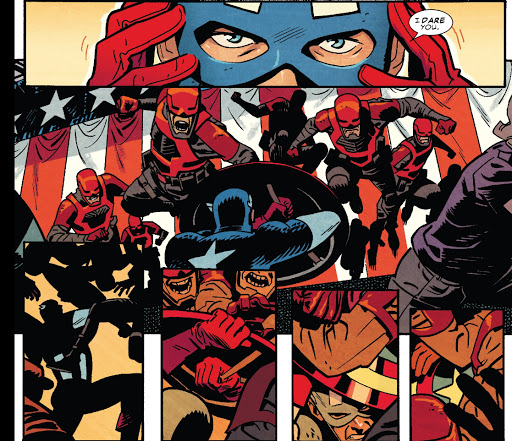 This is a very decent first issue from the new core creative team of writer Mark Waid, artist Chris Samnee (credited as simply ‘storytellers’ so I guess they’re co-plotting) and colourist Matthew Wilson. There’s a brief origin recap, a dynamic flashback to Cap’s visit to Burlington and a lot of Nazi-punching. 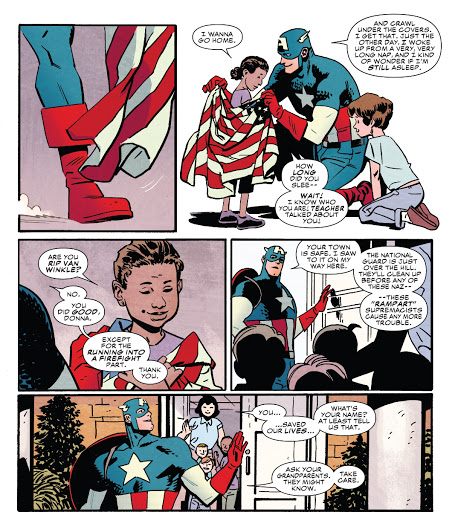 Sorry, not Nazis. The ‘N’ word seems to be verboten after the, let’s be kind, lukewarm reception Secret Empire received. You know, the one that saw Marvel bottle out of having Steve be even a Cosmic Cube-rewritten goosestepper and insist it was all a matter of duplicates and beards.

Which makes it baffling that Marvel begins the renumbered volume with this intro page business. 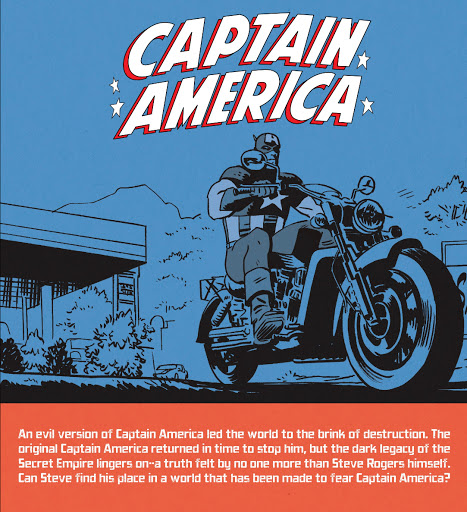 Just move on already, give readers a clean break and give Cap a clean break. As it happens, Waid and Samnee cleverly underplay the idea that Cap’s image needs redemption. When he explains to the townspeople that he came to their town out of uniform because he didn’t want to attract attention, no one suggests it’s actually because he’s embarrassed after recent events. He’s ridden into town not because he’s busy finding himself, or the spirit of America, but because he has a job to do.

Great. Let’s never mention Secret Empire again. If the Marvel Legacy branding is about embracing the best of the past while looking to the future, Steve shouldn’t be saddled with the memories of Secret Empire. Have him back living in New York, fighting super-villains rather than Hydra by any other colour, mingling with fun supporting characters and leading the Avengers.

Waid’s been round the Captain America block a couple of times previously and so is able to sum up his ethos in a few panels. It’s not America first. 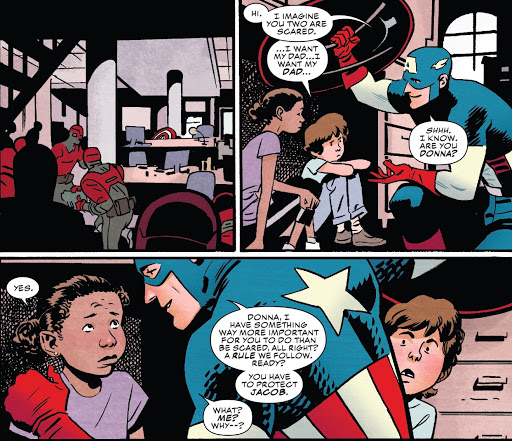 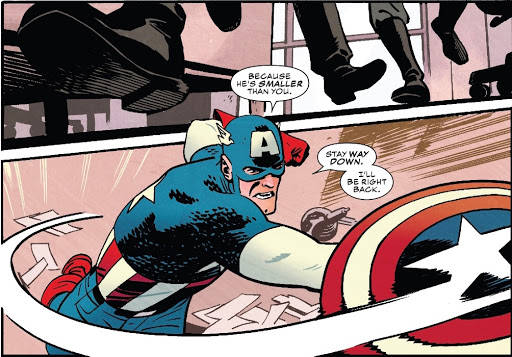 The strong protect the weak. Nice.

As is the art of Samnee and Wilson. It’s clean, clear and refreshingly free of all the costume noodling that’s beset Cap for the last decade and a half. This is a Cap co-creator Jack Kirby would be proud of.

Samnee’s knack for drawing people who look like they’re in the here and now is refreshing, while Wilson’s autumnal palette for the 2017 sequence is delightful. Flashbacks are a mix of naturalistic and intense red tones, but context ensures there’s never confusion about when we are.

Throw in a terrific cover with unusual logo placement by Samnee and Wilson and a sweet text page by Waid and you have an enjoyable Captain America comic. It’s not a must-buy but given the excellent work the Waid/Samnee team produced on Daredevil, I wouldn’t bet against this series becoming something special.