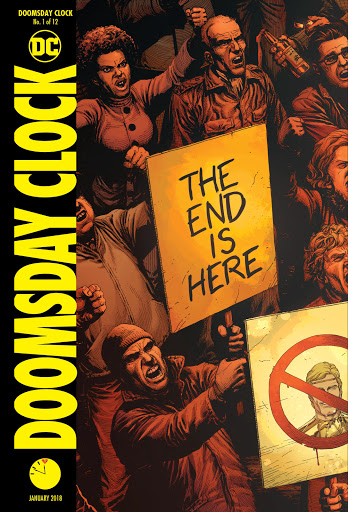 It’s seven years since Adrian Veidt scared the nations of the world into ending an apparently inevitable slide towards Armageddon. His fake alien invasion killed three million people and hospitalised tens of thousands, but it worked. With a common, if imaginary, enemy, world leaders rallied and peace reigned.

For awhile. It’s 1992 and Ozymandius’s grand plan has unravelled. He’s been revealed as the architect of the attack on New York and there’s panic in the streets. And in the prisons. And the seats of government. As chaos reigns, President Redford’s US government takes control of the media, controlling the message, claiming that the EU has collapsed and Russia is invading Poland.

In a penitentiary, a familiar figure is out to enlist help. 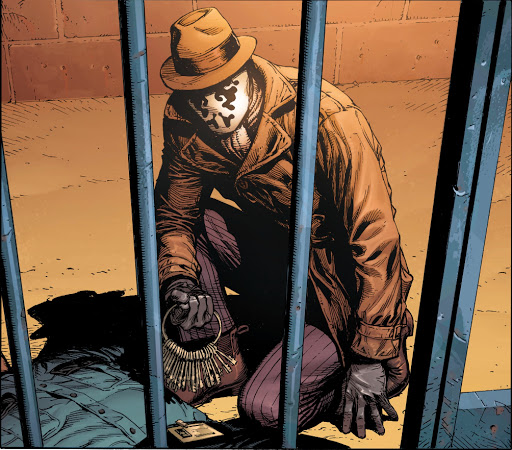 The woman he’s come for, Marionette, doesn’t believe this is the lunatic vigilante Rorschach. The word is that Walter Kovacs is dead. And indeed, this isn’t the same man. But it’s still Rorschach. 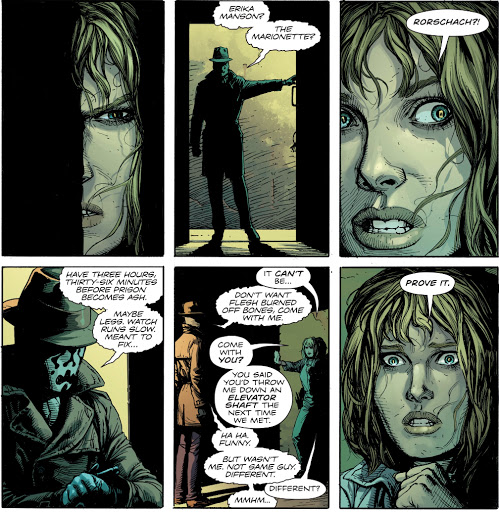 The rest of this extra-length debut follows Rorschach and Marionette’s journey through the prison, their collection of her husband, The Mime, and the liaison with Rorschach’s partner. And there’s a side trio to Metropolis in the DCU. It’s an absorbing opening chapter of this 12-issue climax to the DC Rebirth project, reminding us of what happened in Watchmen while moving the story forward in a logical way. So far as the DCU is concerned - this is a Superman story as much as a sequel to the seminal saga by Alan Moore and Dave Gibbons - it’s not a big factor this time. But its introduction makes perfect sense when we get a flashback to a moment from Watchmen.

So Dr Manhattan has been in the DCU. The dialogue deflates the fan theory put forward when DC Rebirth #1 appeared that he created the superhero continuity we know so well; nope, he’s not the creator, he’s an immigrant. And Superman is waking up to the notion that a force has been influencing his life for decades.

I’m not the biggest Watchmen fan. I read the issues as they came out, found them absorbing, but never went back for a re-read. It was a series I appreciated rather than loved. The much-lauded structure of the story - nine-panel grids, street corner modelling, tedious pirate comics - got in the way of my just giving in and being carried along by the story. I never bothered with Before Watchmen. So my anticipation of Doomsday Clock was more about the links to DC Rebirth than a chance to revisit Moore and Gibbons’ world.

So I’m surprised to say that I enjoyed this issue enormously. Johns captures the tone I recall well, moving the narrative forward in a way that’s entertaining as heck. There’s a touch of the satire Moore liked to drop, notably here. 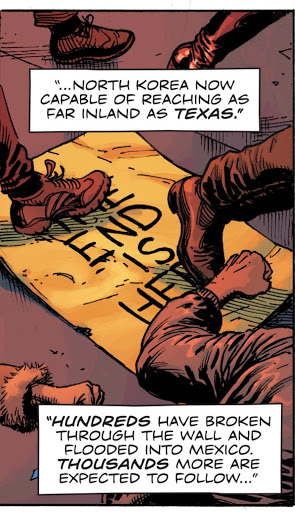 There’s also a parallel to real world events in the backmatter, dropping a hint as to the identity of the new Rorschach.

The scenes with Rorschach and Marionette, especially, have a delightful wryness, while his partner’s plan makes a lot of sense. The only thing I don’t like is this moment.

Geoff Johns, behave! I know Zack Snyder links Watchmen and Superman, but we don’t need his horrible interpretation of Pa Kent on the comics page.

Then again, it is part of a dream memory Clark describes as a ‘nightmare’.

I don’t recall Marionette and The Mime from Watchmen, but they’re commedia dell'arte types, they have a baby... presumably they’re a take on DC’s Punch and Jewelee, who were originally Charlton Comics characters, if memory serves. And if Geoff Johns and Gary Frank have just come up with them, nice one! They immediately fit into the Watchmen world and I’m curious as to why they’ve been recruited by Rorschach. Are unpredictable people especially useful when you’re dealing with the coldly logical Dr Manhattan? As well as Punch, the blood-soaked Mime evokes a certain DC clown who’s no stranger to chaos. 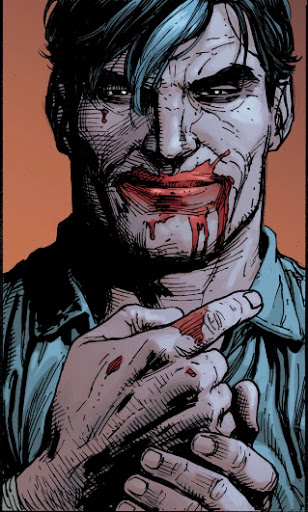 Gary Frank does a terrific job of conjuring up the Gibbons vibe, not just via the nine-panel grids, slow zooms and matching on action, but by hitting a certain note. Without losing his own artistic identity, Frank salutes the work of Gibbons. He’s helped by colour artist Brad Anderson, taking his cues from Watchmen colourist John Higgins, and letterer Brad Leigh, who refers back to Gibbons’ original calligraphy.

There’s a more familiar Frank on the few pages set in the DCU, but the style isn’t jarring compared to the rest of the book.

Doomsday Clock (DC, I only just noticed that) will be the most analysed book of the year, no contest, so I’ll cease my attempts at insight here. If you read it, what did you think? 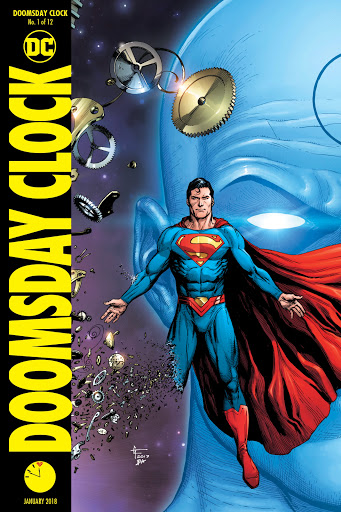