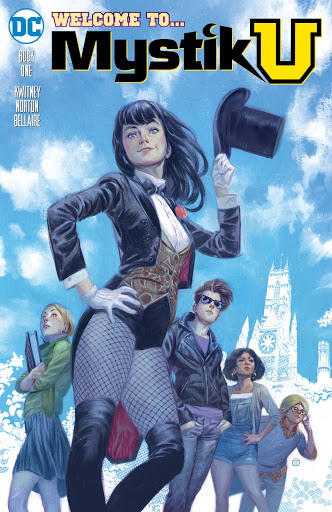 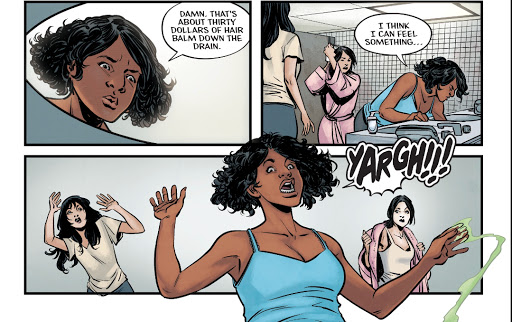 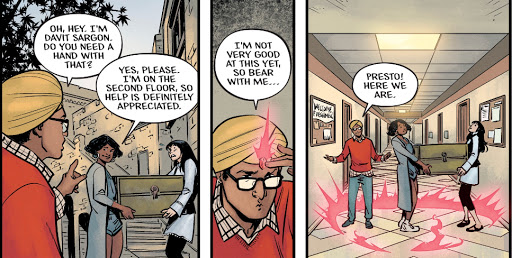 They’re sent on a scavenger hunt by the Dean, Rose Psychic, where they find that even considering they’re at a school for gifted youngsters, something weird is going on. 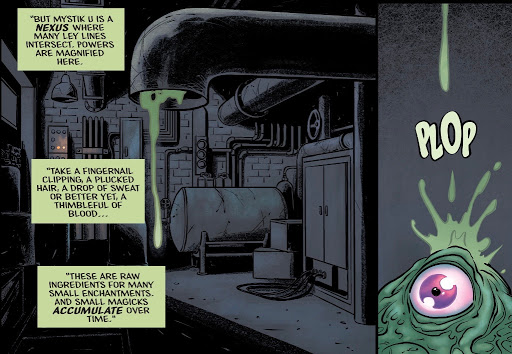 They learn what’s behind the Plop monster, but discover there’s a bigger mystery - according to their older mentors, one of them is a traitor!

New readers may not notice, but anyone who’s been around the DCU for a few years will immediately spot that most of these characters are younger versions of longtime heroes. Zatanna is, of course, Zatanna. Davit is Sargon the Sorceror, June the Enchantress and Sebastian a member of the Outsiders. Pia is original to this series.

This debut issue of a new prestige format mini series by writer Alisa Kwitney, artist Mike Norton and colourist Jordie Bellaire also features Mr E, Vanessa Van Helsing and Donovan Caine from Night Force, Madame Xanadu, Merlin from the Demon and, from DC’s long defunct mystery line, Cain, Abel and the Three Witches. That’s a selling point for me, and Kwitney, a very smart writer, doesn’t let on that some of these characters have continuity going back 80 years... that might be a little bit daunting for new readers.

A framing sequence ties the school scenario to the mainline DC Universe, so people who might not read an Elseworlds because ‘it doesn’t matter’ can happily climb aboard. This really is a book trying to have its cake and eat it, and I can see it succeeding. Newer readers can get in on the ground floor with ‘new’ characters, while older ones can enjoy links to the old ones, and wonder how events are going to loop back.

Mystik U is a breezy, enjoyable read, but at 48 pages, rather too long... I enjoyed its YA vibe, the characters and the overarching mystery, but after about 30 pages I was ready for a cliffhanger. The series is on a bimonthly schedule: frequent enough to maintain my interest, but too spaced out for me to be excited when it arrives. I had the same problem with the superb Deadman: Dark Mansion of Forbidden Love and Supergirl: Being Super. I actually dropped off the latter because the momentum wasn’t there, and if Mystik U maintains this leisurely pace, I could see the same thing happening. I’d rather DC were issuing these minis monthly at half the length.

But as I said, it’s a pretty great read, especially if you’ve been missing the recent Gotham Academy - the characters are cut from the same cloth but, to be honest, that’s true of pretty much every piece of US fiction involving a school. Kwitney quickly introduces her players, places them in an intriguing narrative and dares us not to come back for the next issue. The dialogue throughout is pretty convincing, with standout gobbets including ‘Felix Faust’s unfortunate wasteland of a son...’ and ‘cretinous ninnies’. They give two-dimensional characters life.

Kwitney’s script is gifted with some career-best artwork from Norton, who works as hard on giving us a distinctive setting as he does on the characters. Every character design works beautifully; if I were the editor, the only note I’d give Norton would be to make June in Enchantress mode a little less like reminiscent of Nico from Marvel’s Runaways. 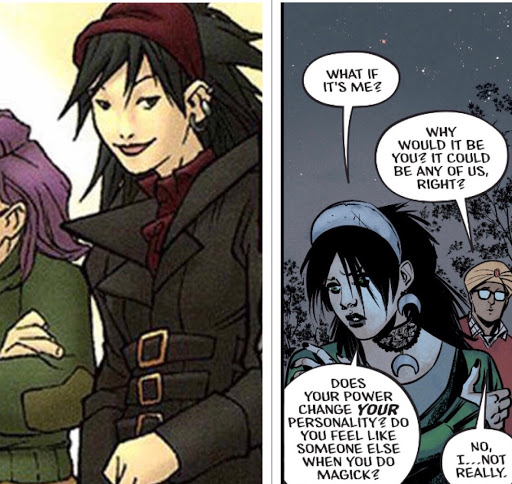 But that’s a small thing - Norton is a terrific storyteller bringing cracking material to beautiful life. He’s aided by Bellaire, whose colours bring out the mood and emotion of every scene. Just look at this first peek at Mystik U - all the main characters are there, along with sundry faerie types, surrounded by a university that obviously has a long history. Who wouldn’t wish to step into that scene? 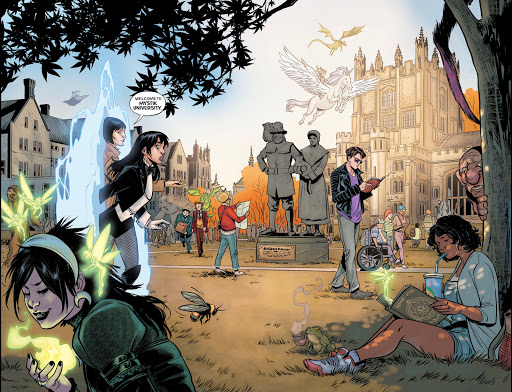 And I love their Mr E, rendered in a style reminiscent of his artistic creator Dan Spiegle... 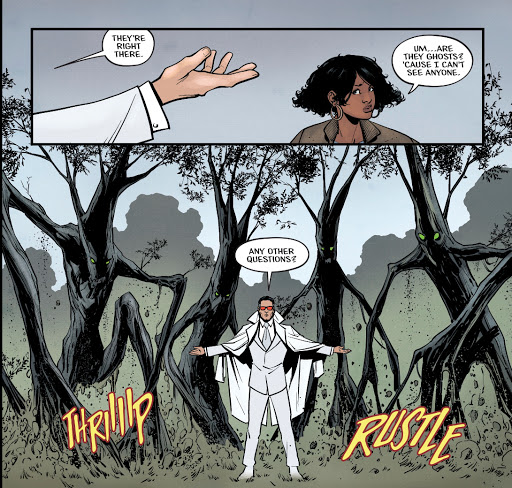 Kudos, too, to Derron Bennett for eschewing a perfect, soulless font for a more organic-looking style. He may even be hand lettering... does anyone still hand letter? I do hope so.

The cover, from Julian Totino Tedesco, is, you’ll notice, a beaut. My quibbles about this issue are all around format and scheduling, things that won’t matter a jot when it’s collected. I could see Mystik U sitting nicely on a shelf next to Vertigo’s original Books of Magic series. In fact, surely boy wizard Tim Hunter is in one of those dusty dorms...