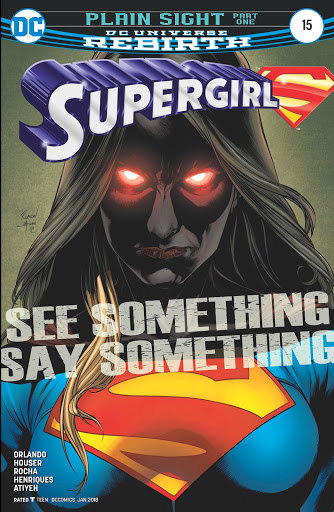 It’s a quiet day for Supergirl. Well, quiet in that there’s no supervillain to fight. It’s pretty turbulent in terms of emotions, as she deals with the ramifications of recent events. Her birth father, Zor-El, corrupted and recreated as the Cyborg Superman, attacked National City. She took him out and sent him into custody, but rather than abandon him was revealed to be showing him compassion. Kara doesn’t understand why the people he nearly killed have a problem with this. 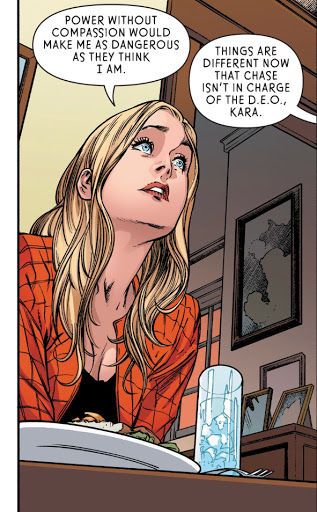 The Danvers do, and are trying to help her adjust to a world in which she’s the object of suspicion, even as she carries on helping folk. They’re also getting used to a change in circumstances, having given up their roles as DEO agents after cranky but decent Director Cameron Chase was replaced by the former supervillain Bones. 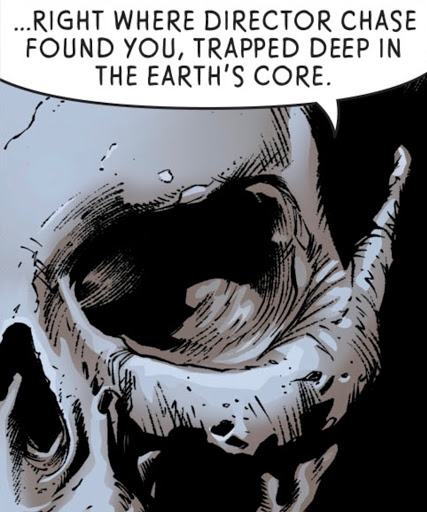 Brrrr. He wants Supergirl to work for him, and if she won’t, he’s going to hunt her down. And that’s why, after the cute rescue that opens this issue, Supergirl is shot with a bullet made from a fantasy metal. 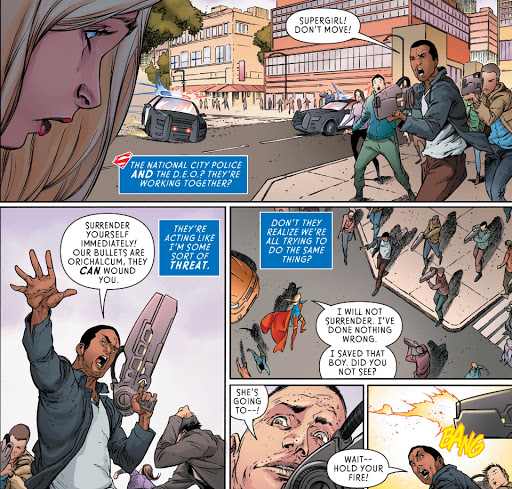 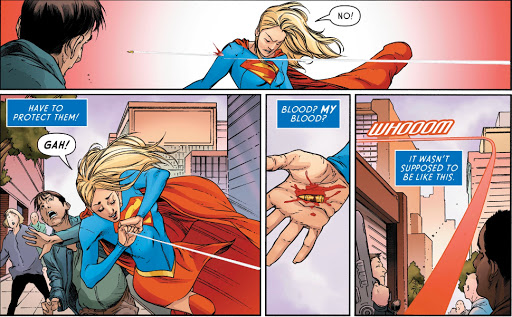 She’s wounded by her selflessness - Kara could have avoided the slugs, but has to protect the people. The rest of the day is quieter, but Kara’s concerns hang heavy as she discusses the joys, or otherwise, of school dances with Ben Rubel, before he’s swept away by a classmate. 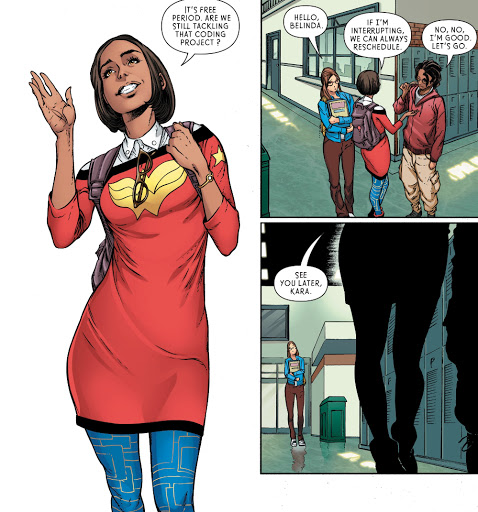 Our heroine is called away from lunch to meet one of the DEO agents currently infesting her science school. Then it’s home to the Danvers, who show that they’ve quickly transformed from foster-parents-by-assignment to people who care more about Kara by the minute. 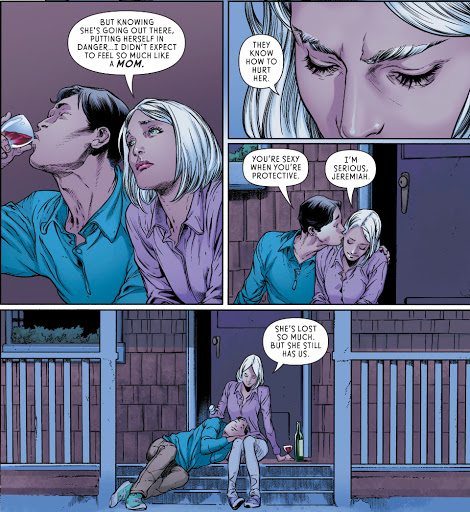 Ben and Belinda, meanwhile, seem to be having a date, and we get a tidbit about his parents, before seeing that the debuting Belinda seems a nice girl. 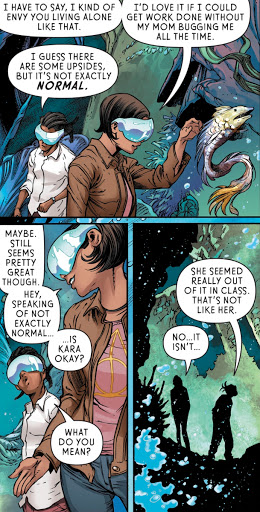 And at the DEO, ally Dr Shay Veritas has an uncomfortable encounter with Bones. 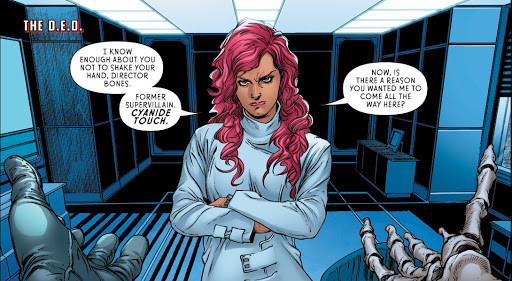 The book closes with the return of a Superman Family character who’s not had a featured appearance for years, and I’m really looking forward to them facing off against Kara next issue.

As for this one, I loved it. I’ve been a big fan of Day in the Life issues since the New Teen Titans and Avengers popularised them in the Eighties, and Supergirl #15 is a great example of the form. We catch up with the cast, characters and plotlines are deepened and there’s an assurance that if you missed a super-throwdown this time, there’ll be one along in a minute/month.

Regular writer Steve Orlando is joined by Jody Houser from Young Animal’s Mother Panic and she fits into National City beautifully. I don’t know what the breakdown of work is, I suspect Houser is handling the script. Whatever the case, the dialogue is tip-top, very natural. The Danvers are particularly convincing as devoted couple and parents, Bones is quietly chilling - I’m chuffed that his past as a member of villain team Helix is referenced, even though Infinity Inc is lost to continuity revamps. And how refreshing that the DCU version of Belinda Zee - co-star of the sensational, seminal Supergirl: Cosmic Adventures in the Eighth Grade series - isn’t an instant horror... a frenemy is so much more interesting than an all-out nasty.

Shay Veritas also comes across wonderfully, in part because of the strength penciller Robson Rocha and inker Daniel Henriqués give her. And that panel above is a great composition, with Bones’ creepy arms outreached to welcome someone repulsed not by his look, but by his character. They also do terrific work on the porch scene, Eliza and Jeremiah are seriously sweet. Add in the colours of Michael Atiyeh (Belinda’s colour scheme recalls her Cosmic Adventures outfit) and attractive lettering of Steve Wands and you have one lovely looking issue.

Given that there at least three nods to Wonder Woman here, I wonder if Orlando is after a shot at that series. Whatever the case, I hope he has no plans to leave this book, which feels like a blend of all the best versions of Kara while forging its own path. But if he does Houser, based on her showing here, might be just the person to take over. 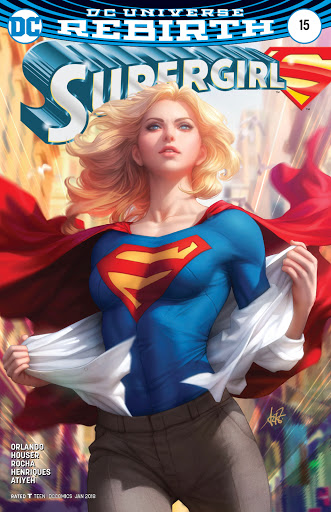 Scary cover apart, this is a dream of an issue. If you’re not reading Supergirl, try this one.