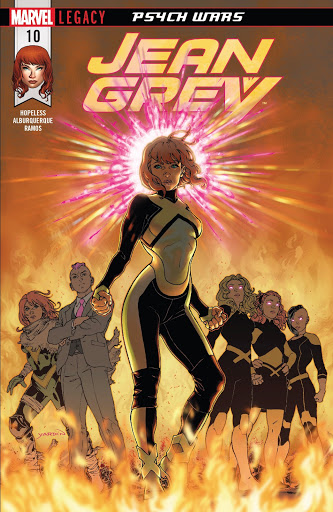 It’s young Jean Grey’s last stand against the Phoenix Force but she’s not alone. By her side are the Cuckoos, Quentin Quire, Hope Summers, Emma Frost and the ghost of older Jean. It’s a formidable group with a wealth of experience and skills, but Jean knows she’s in for the fight of her young life. While she’s been training for months for the inevitability that the Phoenix Force will come for her, now it’s here, she’s not ready and sees only one immediate move - retreat. 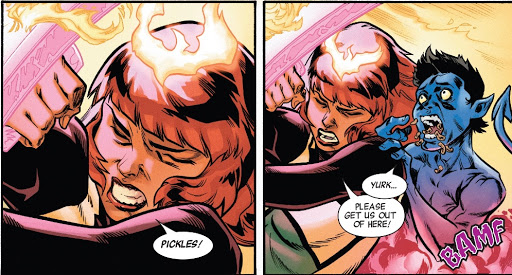 Emma and co are determined to help Jean, but eventually, when the Phoenix Force catches up to them once more, she comes to agree with the advice of ghost Jean. 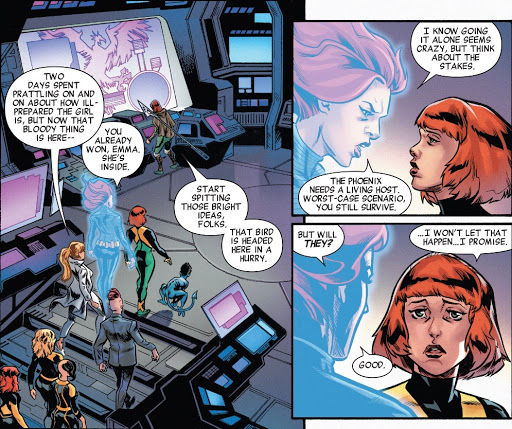 Wielding Cable’s power amplifying psi-mitar, she takes the battle straight to the fiery bird. Can she somehow turn back this force of nature that’s killed billions, reduced the most powerful psychics to jelly? 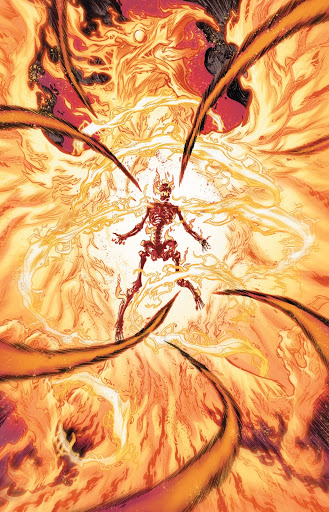 That would be a no, then.

But there’s one issue to go, and these are comics. Specifically, X-Men comics. Heck, this very issue features the ghost of an older version of the Jean who’s just been killed. So let’s not bet against a resurrection next month, one presaging the return of the entire younger group of X-Men who arrived in the present Marvel Universe a couple of years ago to their own reality. I do hope so, anyway - writer Dennis Hopeless gives us a character who deserves to live, to not have sacrificed herself needlessly. Given that a new X-Men Red series is coming starring an older Jean, this is the perfect time to clean up a continuity mess.

I’ve read just a few issues of this series, and if they’d all been this entertaining, I’d have been around for the entire ride; here, Hopeless taps into the high stakes, high intensity vibe that made Avengers Arena such a compelling series. He actually manages to make a fight with an entity whose abilities and intent vary with every appearance - it’s meant to be a force of nature, but it thinks, it talks, it hunts, why does it even need a human host? It’s been big enough to swallow planets but shrinks down to a size Jean can fight? - feel worthwhile.

The ever-waspish White Queen would have stolen the show were young Jean not such a strong presence. I can’t wait to see how Emma will take up the fight next issue, and hope she does get to welcome young Jean back to life. Deaths are the House of Ideas’ revolving door, so why not look forward to the obvious return?

Despite all the drama, I have to admit giggling a couple of times as Jean seemed to be possessed not by the Phoenix Force, but by Howard the Duck... 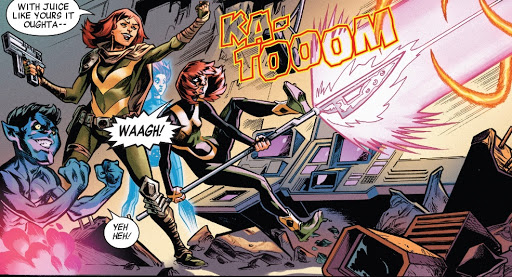 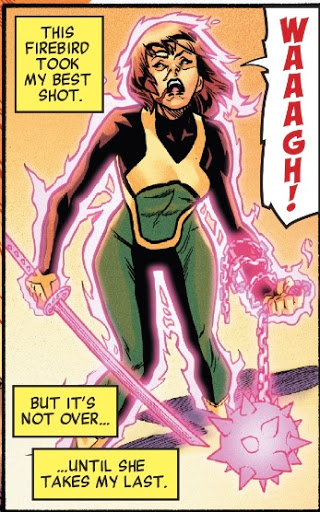 Alberto Alburquerque looks to be having a lot of fun drawing the Phoenix Force, capturing its iconic form - I especially like its head-on encounter with Hope. 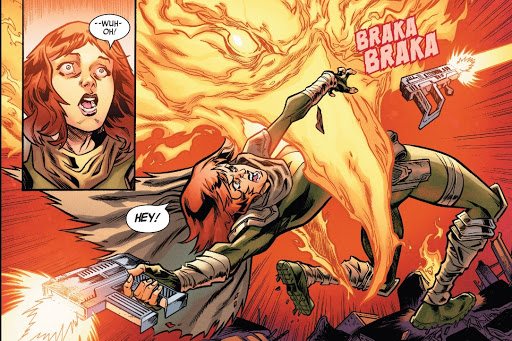 Jay David Ramos’ colours are also key to the depiction of the Phoenix Force, and he does a good job of conveying its ferocity. Travis Lanham’s letters are sharp, while David Yardin’s cover is pretty pleasing.

While a Marvel death is a Marvel death, I found this issue a lot more affecting than I expected, so the creative team deserves credit. Roll on next issue!