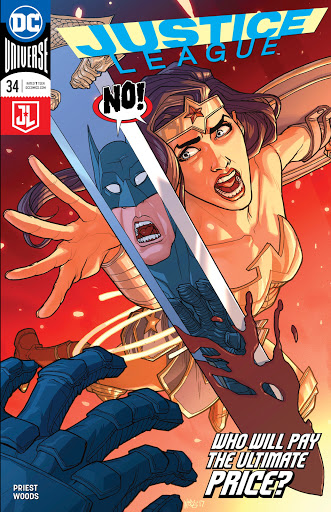 It’s a busy day for the Justice League. In space, a massive alien fleet is heading straight to Earth. On Earth, ‘YouTube jihadists’ have taken nuns hostage, and an earthquake threatens a coastal community. It takes the entire League in three shifting groups to tackle the situations... and for one member, it leads to a crisis of confidence.

That’s a very quick recap, but there’s a very seductive devil in the details. That’s new writer Christopher Priest, who shows that he’s terrific at handling the dynamics of the world’s greatest superheroes. With Cyborg coordinating, the members move to where they’re most needed at any given time, and we get situations we’ve never previously seen. 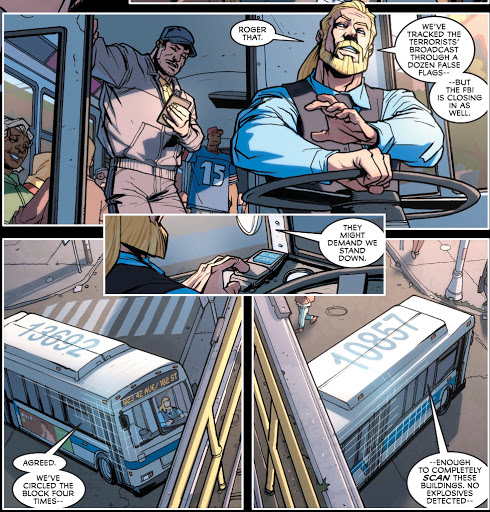 It’s the Justice League Espionage Squad! And it seems that if Aquaman does manage to avoid taking up the throne of Atlantis in his own book once more, he could drive a bus for a living. There’s also a great scene of Wonder Woman challenging those supposedly godly terrorists. 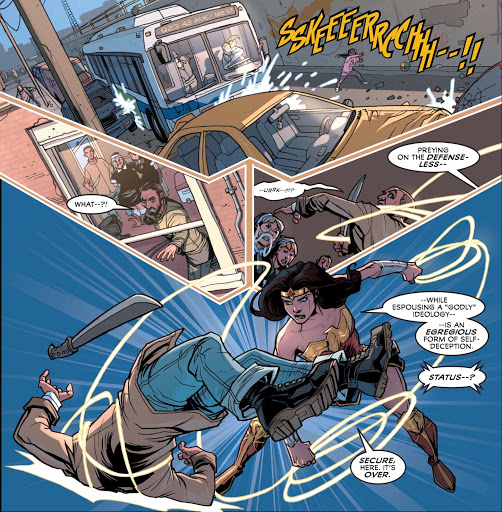 There’s a point at which Cyborg tries to join Batman’s mission and he’s told to stay in the JLA Satellite as ad hoc back-up, and I was afraid he’d be sidelined as he has been so many times in the past few years. That’s just Priest teasing us so he can subvert expectations down the line - there’s an argument to be made that Vic is the MVP this issue.

One scene I really like this time is set at Wayne Manor. 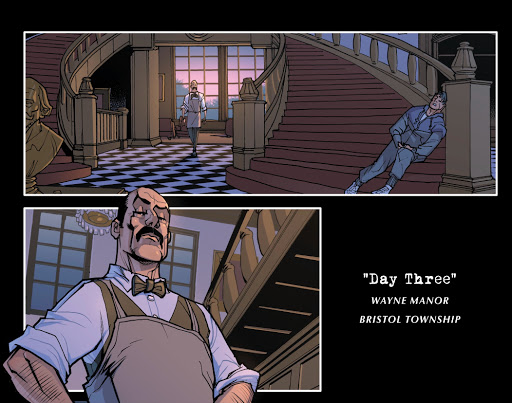 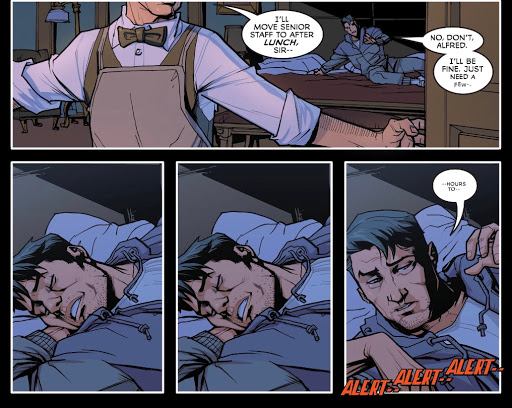 That’s exactly what Bruce Wayne’s life would be like, if this is the end of the all-powerful ‘Bat God’ depiction, I’m all for it, much preferring a human who pushes himself and really has to struggle to win the day.

Justice League #34 is almost a done-in-one, working as a nice day-in-the-life tale, but it’s the start of an arc that I won’t be missing - I’ve run hot and cold with Priest over the years, finding his occasional lateral storytelling techniques frustrating. Here, my biggest problem is not getting the opening sequence. Simon’s been praying at something called the Evander Terradome, somewhere called Dione. Google tells me that’s a moon of Saturn, and I suppose it’s as good a place as any to commune with your god. But what’s the Terradome, a place for visiting Earth folk? Who’s his little alien pal Buzzy, with Gotham Knights shirt and annoying street slang? And while they’re impressive as Green Lanterns once the action is underway, I find Simon and Jess’s conversation unintelligible. 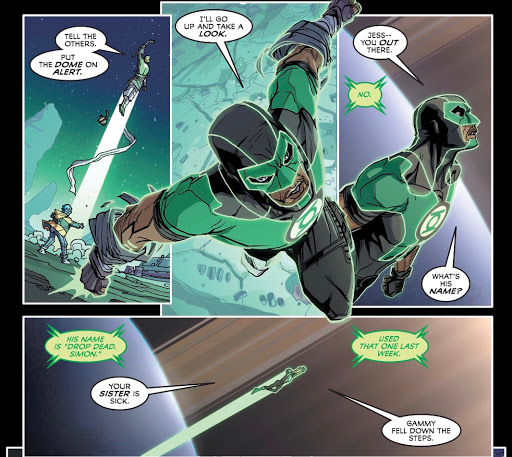 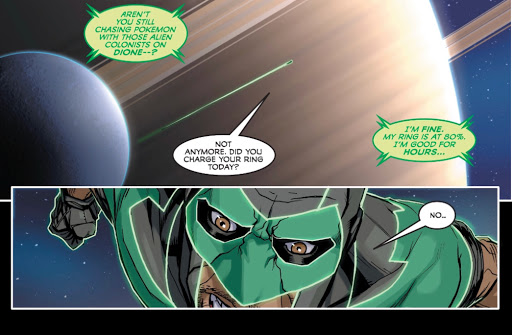 Where has Pete Woods been? At one point the artist was a DC Universe regular, but I’ve not seen his stuff for years. And it’s good to have his clean, attractive work back. He’s a terrific storyteller, and his characters have a real humanity to them. Plus, he draws an amazing spaceship. 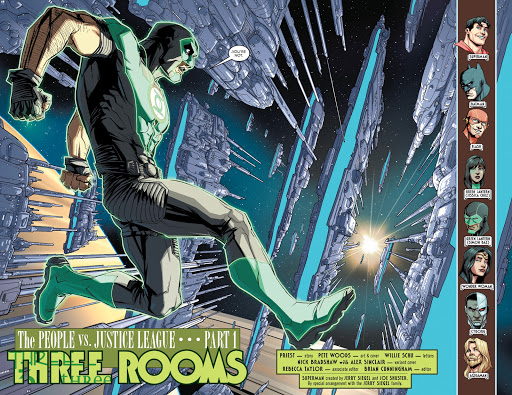 So slimline, as if designed by Apple.

A couple of other bits I really like are that splash page roll call - a great League tradition that should be the norm - and a Narnia-style Wayne Manor to JL Satellite teleport transition. And while the relative sizes of Superman and Batman is a bit cheeky after 80 years, it makes bags of sense. 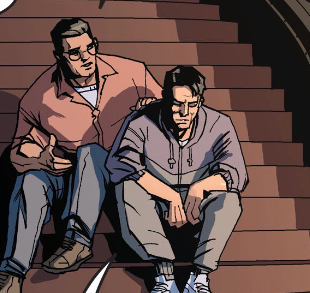 If the credits aren’t leaving someone out, Woods also colours his art here, and the result is excellent... his Simon Baez GL is especially striking. I hope he’s had enough lead time to provide illustrations for the entire storyline, it could make for a spectacular trade.

The lettering is credited to Willie Schu, who I’m guessing is veteran Willie Schubert. The lettering doesn’t have quite the same character Schubert brought in the old days - a switch from hand lettering to complete fonts? - but it looks great, either way.

Woods’ cover is a real grabber, while the alternate, by illustrator Nick Bradshaw and colourist Alex Sinclair, is weird and delightful. 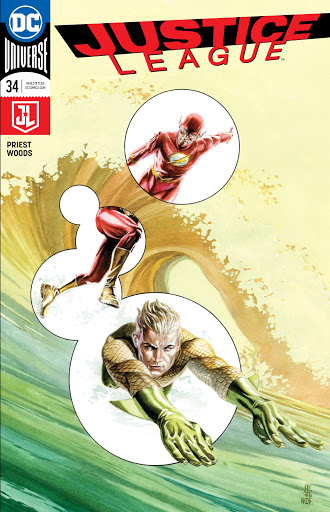 If Priest and Woods are the ongoing creative leads for Justice League, we could be in for a truly satisfying run.