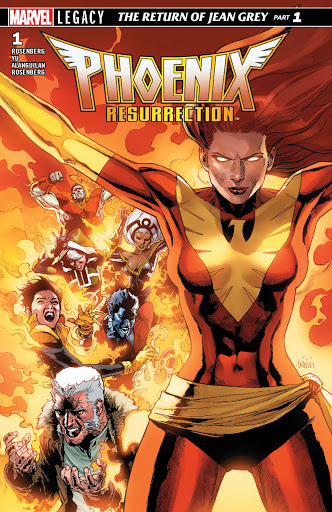 This book doesn’t get off to a great start when the first page features a little girl lying in the road, bleeding profusely. It’s not what I want in my entertainment. 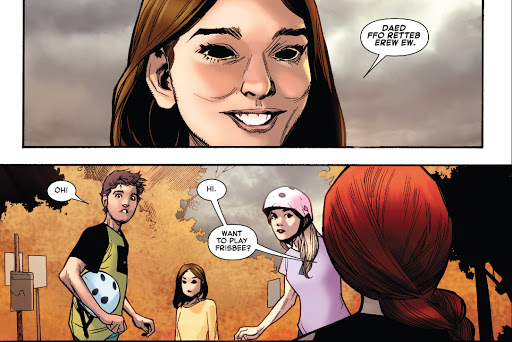 But it gets better. As an old X-Men reader I had my suspicions as to who this girl was, and pretty soon it’s apparent. The two children are witnesses to a resurrection, the return of Annie Richardson, the childhood friend whose death sparked the manifestation of Jean Grey’s mutation.

Soon, a team of X-Men are on the scene, alerted to mutant activity. But if there was a mutant here, she’s gone now. Further research persuades leader Kitty Pryde to gather every X-Man she can, and she gives them some information before splitting them into teams to look for... she doesn’t tell them. 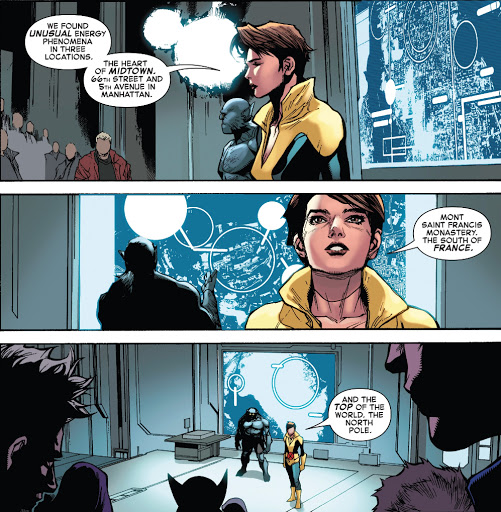 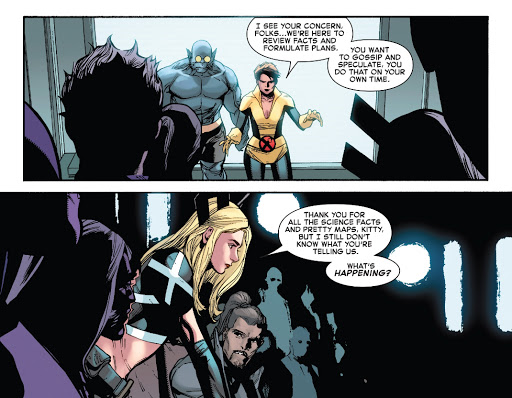 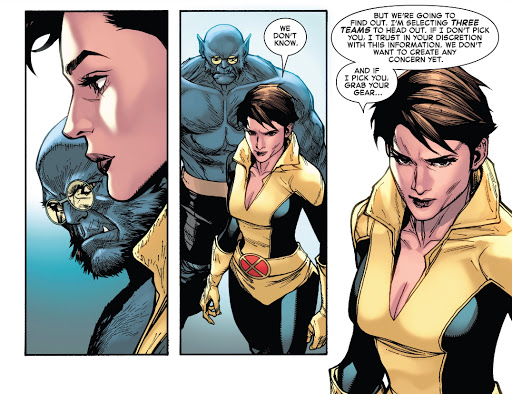 At the old New York HQ of the Hellfire Club, Kitty and friends encounter unliving henchmen. 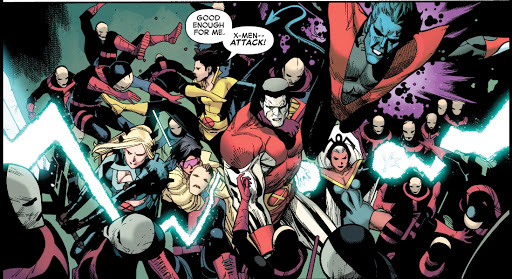 In France, Rogue and pals are attacked by a known-to-be-dead mutant. 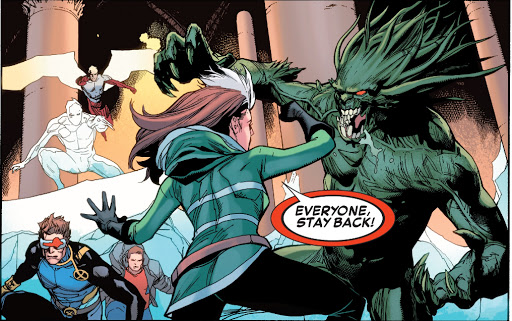 And at the North Pole, Old Man Logan and co fight a Young Man Logan who’s not as dead as he’s reputed to be.

Somewhere in the States, two waitresses try to convince their boss they’ve seen something unusual. 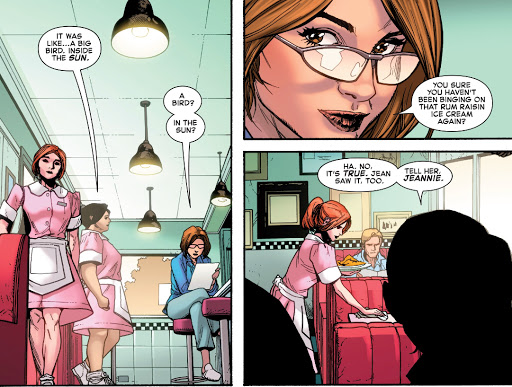 As a veteran fan with access to Wikipedia - who needs Cerebro? - reading a comic entitled Phoenix Resurrection, it’s not too difficult to start making connections between the various scenes. The X-Men gathered by Kitty, not all of whom are as familiar with the team’s exploits since their earliest days, don’t have this advantage. So why the heck does she not share her suspicions? Does she think they can’t see that silent beat with Beast?

We’re shown that Rachel Grey knows the site of the initial Cerebro mission is near ‘mother’ Jean’s old family home - why does she not factor in the murder there of her extended family by aliens terrified the Phoenix Force might one day use a member as a host?

Why does Iceman whine about climbing a long staircase when he could create an ice slide with barely a thought?

OK, that last one’s not a dealbreaker, but seriously, when a veteran X-Man has the slightest reason to suspect Phoenix activity, she should warn not just her charges, but every darned superbeing on the planet. The Phoenix snacks on worlds without hesitation, you do not mess around.

Another question - where does this story fit with recent happenings in the Jean Grey comic? They’re pretty relevant, and Jean Grey #10 having said to read all five issues of this presumably weekly mini before going back there for #11, some reference to young Jean’s solo series would seem judicious. If this is set between #10 and #11, Kitty has to know the big bird has reached Earth.

It’s not like I didn’t enjoy the issue, it’s that Marvel is charging $4.99 for a scant 32 pages of material, and two of these are wasted on one of those pompous credits spreads, so what’s there should be relentlessly great.

Here’s what I like. Writer Matthew Rosenberg gives us a great battlefield Kitty, as good with strategy as Cyclops on his best day. Bloodied kid apart, the opening scene with the children is a creepy grabber. The three mini-battles are fun in a Silver Age JLA way, vampire Jubilee moment apart. And if this series is undoing one of the worst massacres in X-Men history, yay.

Leonil Francis Yu’s layouts carry the plot well - they’re not as showy as some, but with inker Gerry Alanguilan and colourist Rachelle Rosenberg, they get the job done. The pages are crisp and colourful - the autumnal oranges Rachelle uses subtly suggest Phoenix fire - with the only problem being that the big pre-credits splash doesn’t sell what we later learn we were supposed to notice. I’ll say no more, for fear of spoiling what may work for others. Yu’s cover is an attractive piece.

All in all, this is a pretty decent beginning to what Marvel are selling as a big event. Rosenberg is paired with a different artist each issue, so I can’t anticipate the overall quality, but based on the story here, I’ll be back. This may prove to be the rebirth Jean Grey deserves.