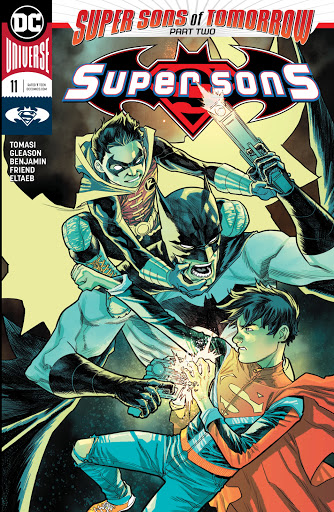 If you’ve not read this week’s first part of Super Sons of Tomorrow, check out my review of Superman #37. Short version - Tim Drake, the Batman of a gloomy future, has come to our time to kill new Superboy Jon Kent. Tim reckons his death will stop his hellish world coming to pass. But he also believed the same of Batwoman a few weeks ago, and that was likely rubbish, so no one is going listen to him. And even if they did, any reasonably experienced superhero would invoke Hitler Baby arguments, and point out that the future isn’t immutable. Heck, Tim himself keeps mentioning Hypertime, one of the theories behind DC’s multiple timelines. 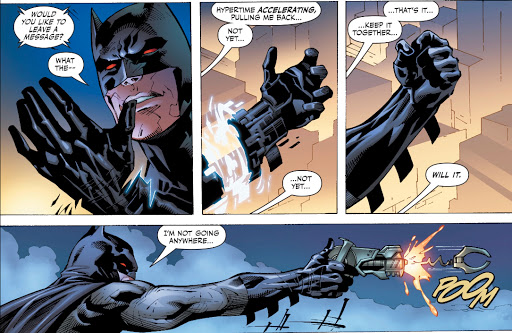 So Tim’s not here to justify himself, he just wants to kill Jon. As this issue opens, he’s already surprised and pummelled his onetime mentor, Bruce Wayne. He’s trapped Superman in a red kryptonite chamber, and he’s looking for Jon. First stop, Metropolis. 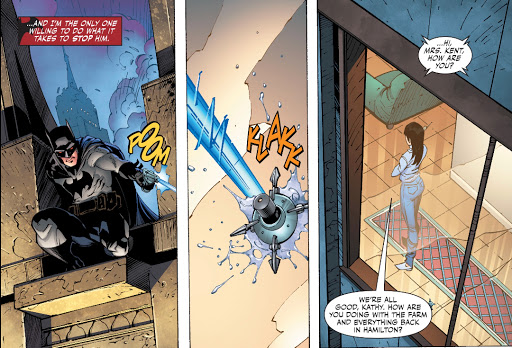 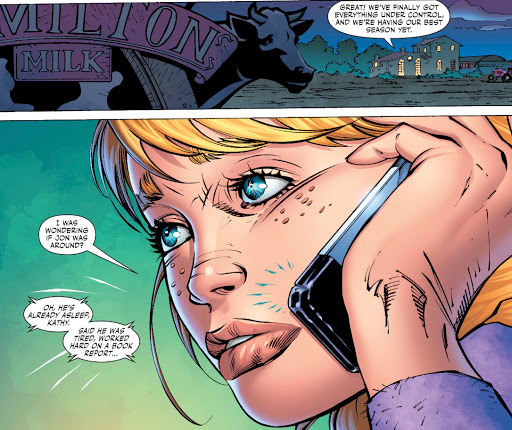 Tim takes out Lois, but it’s all for nothing. Jon isn’t there. Where he is, is New York, giving the Teen Titans a surprise helping hand against villain team The Hangmen. 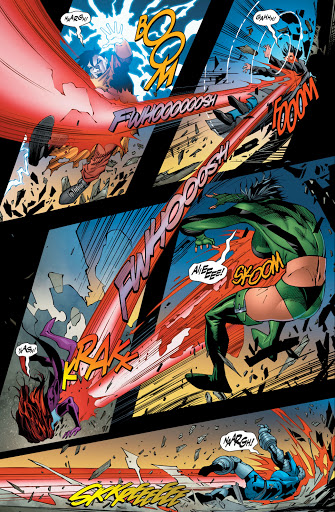 Jon isn’t a member, but he teamed with the junior Justice League recently, so surely his pal Damian, self-appointed Titans leader Robin, will be grateful. 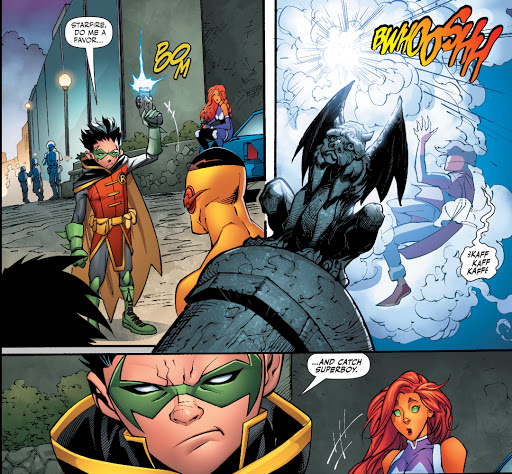 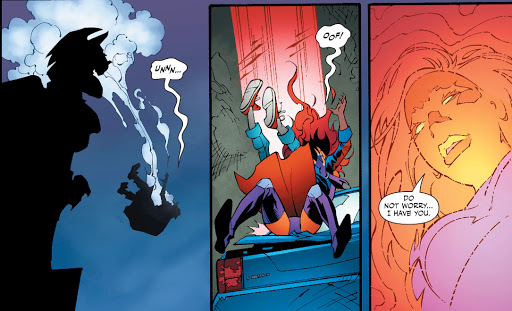 Nope. (So that’s Red Hood with several screws loose, Future Tim a loose cannon, current day Tim even more obsessed than Batman with the war on crime and Damian an absolute dick... should Batman rethink his habit of letting impressionable young boys hang out with him?) 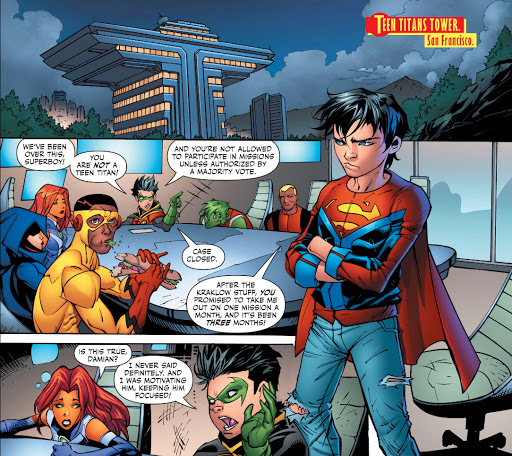 Soon the Titans are back at their San Francisco HQ, where Robin continues to make his teammates wonder why they put up with him. Cue Tim, who infiltrates the Tower and demands Raven uses her psychic powers to give everyone his point of view. And then things get really crazy, as Tim seems to light the flame of the very future he’s trying to avoid.

As with the first chapter, this is written by regular Super Sons writer Peter J Tomasi and Superman partner Patrick Gleason, and it’s a treat. Yes, you have to put up with the ‘I’ve come to the past to save the future’ trope, but if this puts to bed the ‘Jon Kent may turn to the dark side’ theme that’s bedevilled the Superman books of late, great. And if it just gives us a cracking good yarn, full of slam bang action, rock solid characterisation and surprising turns, well, that’s good too.

On the basis of this issue, the latter is at the very least likely. Tomasi and Gleason continue the good work on the Titans done monthly by Benjamin Percy in their own book, and give us a new twist on the Jon/Damian friendship that’s been developing in Super Sons. They’ve been getting tighter, with Jon’s sweetness tempering the naturally sour Damian. Here, though, Damian’s regressed, acting too cool for Jon because he’s with the Big Kids. He needs to realise that among the Titans, he’s the little kid and he should give Jon, who’s nearer his age, the same respect they afford him.

And Tim, too, needs to take a good look at himself - in Superman #37 he lectures Bruce about always thinking he’s right, while here, hunting Jon, he’s ‘the only one willing to do what it takes to stop him’. Which may be a deliberate point the writers are making, but someone as smart as Tim should recognise this, and think again.

Remember that wobble Tim has just before his assault on the Kent apartment? I think we can assume the Hypertime moment is the equivalent of Chekhov’s gun - it’s not like he wasn’t already treating his mission as urgent.

It’s great to see Lois, Clark and Jon’s old neighbour Kathy keeping in touch from the boondocks of Hamilton County - given she also has powers, maybe we’ll see her interact with the Titans soon.

Ryan Benjamin has done a lot of work on the fringes of the DCU - Batman Beyond, for example - and it’s a treat to see him on a more mainstream book. He captures the young vibe of previous Titans and Super Sons artists while retaining his unique layout style. I especially like his tendency to build a page around a central figure. Richard Friend finishes Benjamin’s pages and I’d not have recognised the line I associate with him until the final splash, where the incoming characters perfectly evoke his work with Jim Lee. 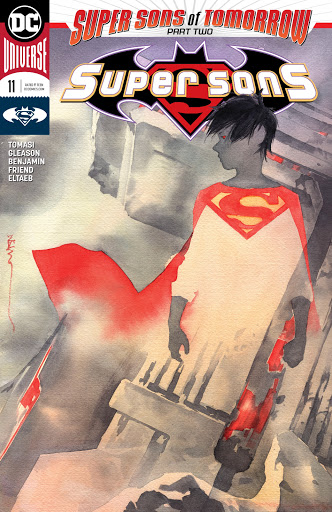 The main cover by Francis Manapul is cute, the variant by Dustin Nguyen haunting; it’s fascinating to see the different approaches chosen by two excellent artists.

This issue closes on a cliffhanger callback to a pre-New 52 Teen Titans storyline - worlds are colliding and I can’t wait to see what comes next.