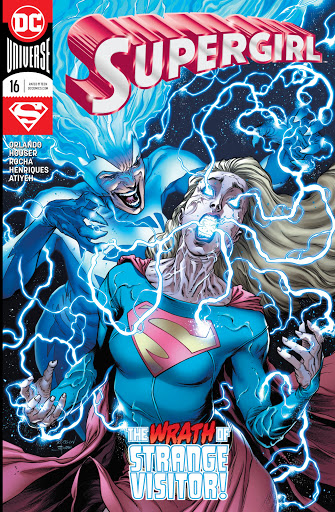 ‘Strange Visitor’ has to be one of the daftest names for a superhero ever, but I did like the melding of Sharon Vance and cosmic being Kismet when she hung around the Superman books in the Nineties. And now she’s back from oblivion, remembering her sacrifice in the Our Worlds at War storyline, but not what came after. 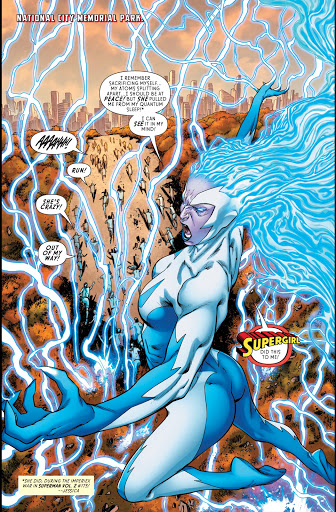 Specifically, she blames Supergirl for ‘ripping me from my Heaven’, something Kara never did. Kara, at home with the Danvers, can hear reports of the fracas across the city, but doesn’t immediately shoot into action, taking a moment to recap her current situation. Then, something familiar spurs her into action. 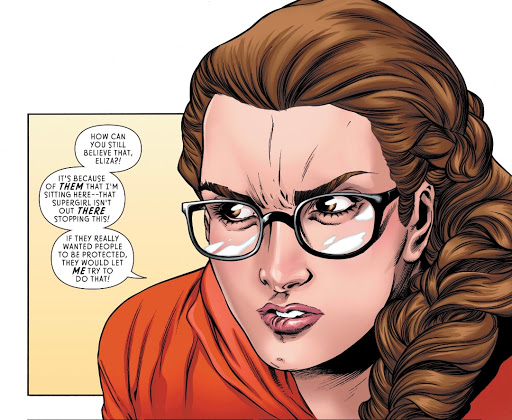 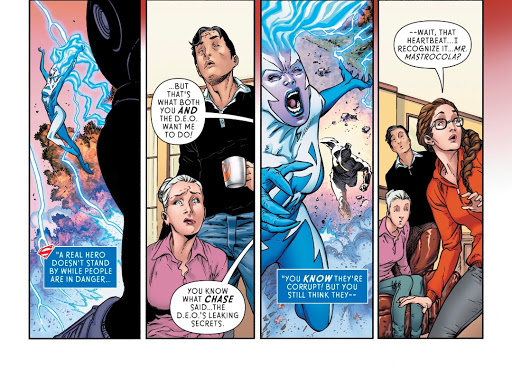 Remember that data thief Kara curtailed in her first issue and has since visited in prison, trying to convince him to turn his life around? Looks like she got through to him. 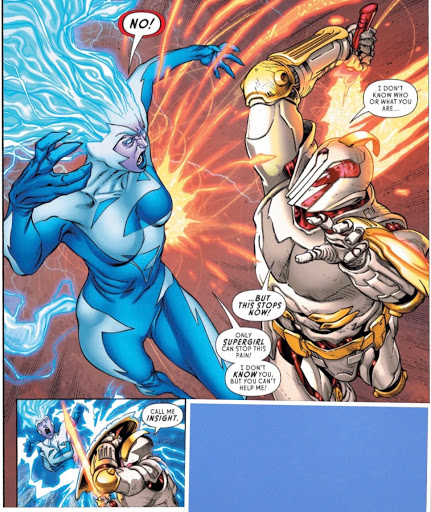 Soon, Supergirl has made the scene, Strange Visitor is in the hands of the authorities and Insight has helped Kara escape the clutches of the DEO. But there’s another menace on the horizon.

Supergirl #16 is action packed, but there’s the odd quiet moment, such as Kara’s chat with schoolmates Ben and Belinda (sounds like a Seventies pop song). 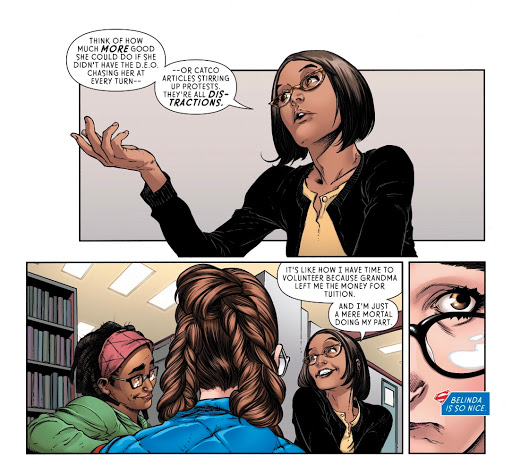 Ben’s a bit of a downer but Belinda is a delight, so watch her turn traitor and betray Kara to the DEO - they’re certainly interested in Miss Zee. DEO Torquemada-in-chief Mr Bones is back, proving as much of a stinker as ever, dropping one very scary name to his prisoners. As for the Danvers, I wish they’d get their act together and help Kara stand up to the DEO, rather than try to keep the world’s strongest girl out of danger. As former agents they’re perfectly placed to concoct a strategy that minimises risk, especially if they pull in previous director Cameron Chase and Kryptonian werewolf Lar-On. Then, once Mr Bones is gone, and the people of National City are all back in Kara’s corner, the depressing air of angst can lift. I know being a teenager has its rotten moments - and a super-teen’s rotten moments should be amplified - but Kara so rarely gets to smile, and for me, Supergirl is the member of the Superman Family quickest to break out in a grin. 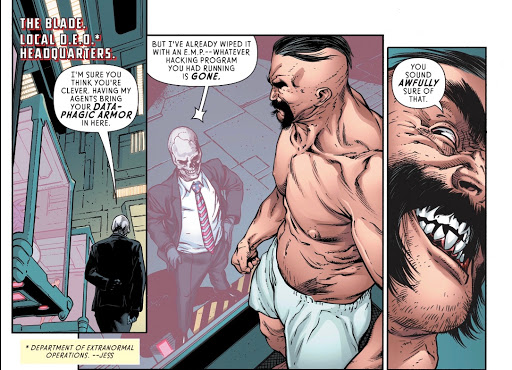 Deceilia looks tough; apparently the name comes from a type of moth, the scariest insect in creation. If she has fuzzy skin, brrrrr.

Seeing the obscure sport of jai alai mentioned in a gym scene makes me wonder if co-writers Steve Orlando and Jody Houser are Mad Men fans.

Some of Kara’s schoolmates are a tad familiar...

The biggest surprise this issue is that DC crossover Our Worlds at War is back in continuity. Well, bits of it - Lois Lane’s father died in that Superman-centred story, but he’s certainly alive as of this week’s Action Comics #993.

The art’s really rather good once more, penciller Robson Rocha has become very comfortable with the cast (and seems to particularly enjoy drawing hair). The fight with Strange Visitor blazes with excitement, and I like Insight’s hi-tech centurion design, and his manic cheering on of Supergirl. Daniel Henriques’ delicate inks complement Rocha’s linework, while colourist Michael Atiyeh finds a nice balance between bright and subtle... but why is he making Eliza Danvers’ hair white these days? Letterer Steve Wands turns in another great looking job, I especially like the font he uses for emphasis, an italic reminiscent of a marker pen. 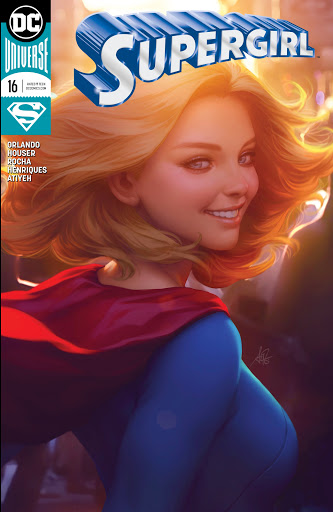 Rocha, Henriques and Atiyeh’s main cover is striking, I prefer it to Stanley ‘Artgerm’ Lau’s variant, with its Uncanny Valley quality - Kara looks like a Barbie doll.

All in all, Supergirl #16 is another captivating issue, I wish this series were one of DC’s fortnightly titles.