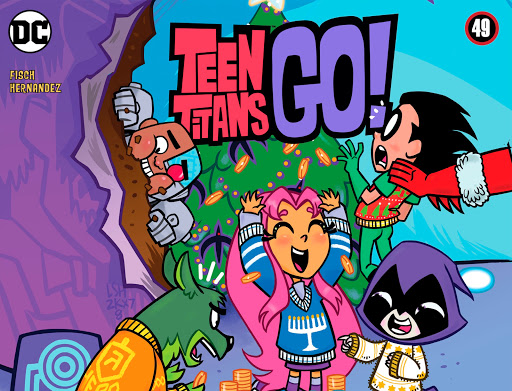 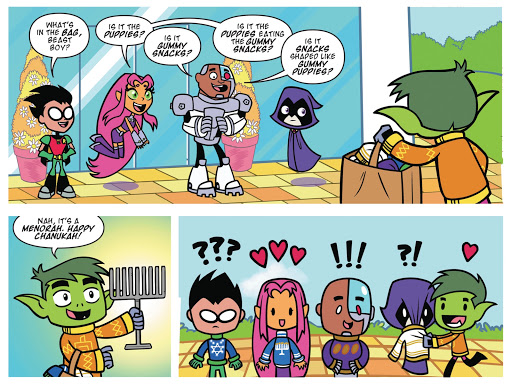 OK, he’s not actually of the Jewish persuasion, but hey, it’s ‘eight days of presents, dude!’ Then, wouldn’t you know it, an actual Jewish superhero turns up. Is it the Atom? Is it Batwoman? Nope, it’s a bigger star! 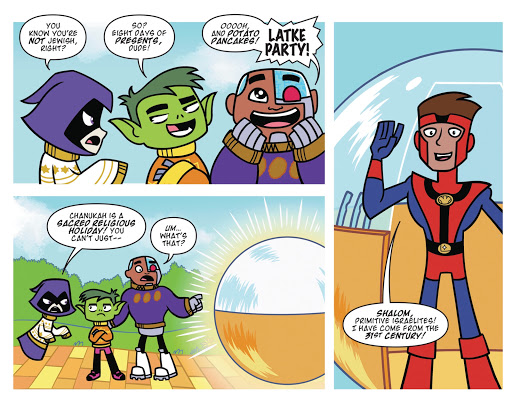 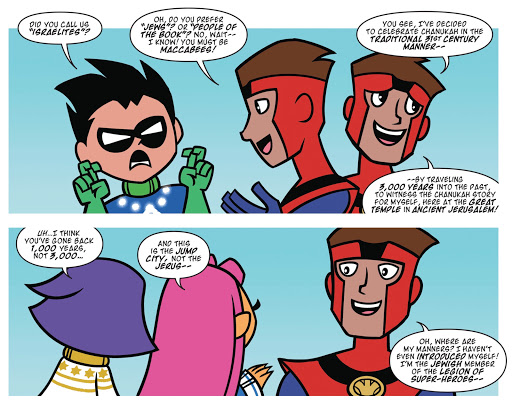 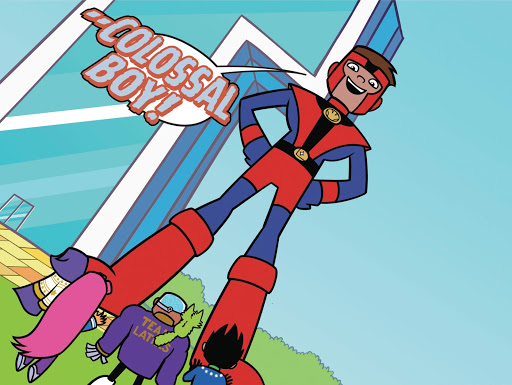 And it turns out the 31st century hero isn’t as sharp on Earth history as Legion of Super-Heroes colleague Cosmic Boy. 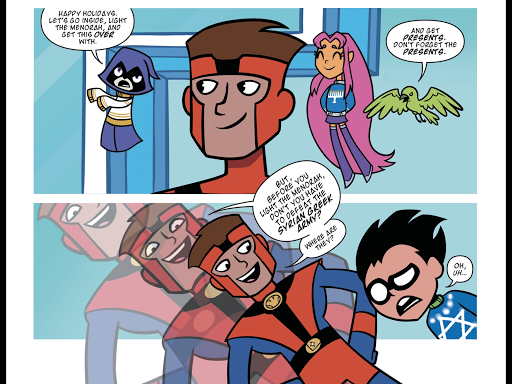 The kids don’t know Colossal Boy from Adam, but they do know he could accidentally stomp them with his giant foot should they disappoint him. The only thing to do is make him think he’s in the right spot in time, give him what he wants to see and hope he goes home. Sadly, the Titans don’t know anything about the history of the Jewish people. So they improvise...and get some unexpected help. 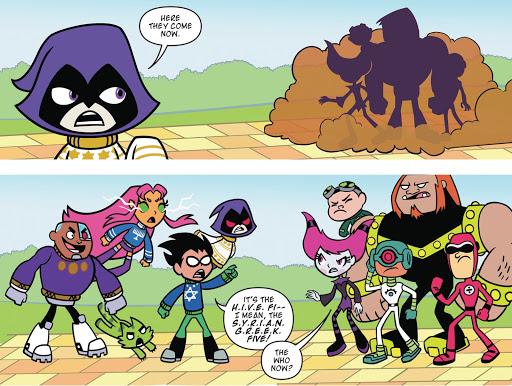 I’m not qualified to say if this digital first DC Comic is a Chanukah miracle, but it’s definitely a December delight, courtesy of writer Sholly Fisch, artist Lea Hernandez and letterer Wes Abbott. The fun is foremost but there’s also a terrific primer on Chanukah history.

Now that would be a Chanukah miracle.