Once upon a time DC Comics did end-of-year publications featuring the best stories of the previous 12 months. They began with Treasury Editions, then settled into a digest format. I loved these grab bags of disparate tales chosen by the DC editors, and would love to see them return. Until they do, here’s my Best of 2017 selection, based on comics I’ve reviewed this year at Too Dangerous For a Girl, assuming we have the full 132pp to play with. Ideally, I’d include only done-in-ones, but today’s neverending battles don’t allow for that. Click on the heading links for the full review. 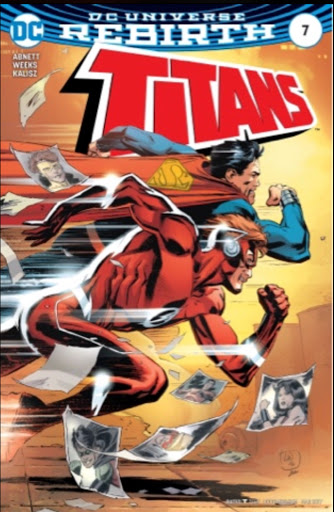 The ongoing mystery of DC Rebirth informs this terrific done-in-one. ‘Home, Sweet Home’ sees Wally West encounter Superman for the first time since he returned from the timestream. Wally’s been having an understandably hard time coming to terms with the fact wife Linda has forgotten their marriage, but here’s Superman remembering all that, and telling Wally he has the strength to remake his life. It’s a poignant tale, with one of the best depictions of a Superman/Flash race I’ve seen. Plus, the menace of Tyler Wendt! 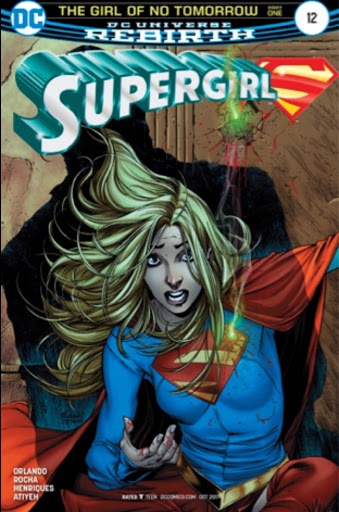 The Girl of No Tomorrow by Steve Orlando, Robson Rocha and Michael Atiyeh

The DC Rebirth Supergirl relaunch got off to a decent start with great scripts by Steve Orlando, but the art of Brian Ching never clicked for me, his ragdoll Kara not suiting the stories. With issue 12 Robson Rocha joins as penciller and with the aid of inker Daniel Henriques and colourist Michael Atiyeh he gives the book a kick in the super-rear. Suddenly the visuals are as intense as the script, making this encounter with Emerald Empress and her new Fatal Five a winner. ‘The Girl of No Tomorrow’ is a textbook blend of action, mystery and subplots, beautifully illustrated. 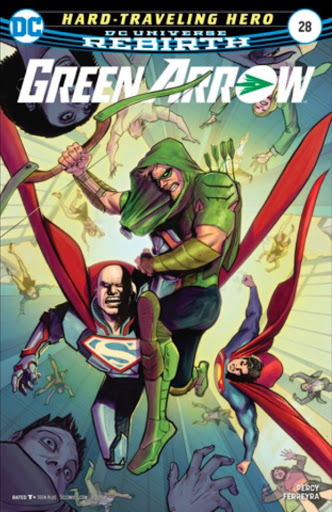 The Business of Shame by Benjamin Percy and Juan Ferreyra

This is part of the Hard Traveling Hero story which has Ollie leaving Star City to meet mostly Justice League heroes as he tries to take down a capitalist cult. Here he’s in Metropolis for a chat with Lex Luthor, who’s lately been rocking the Superman S as he flies about In Apokoliptian armour, trying to convince everyone - including himself - that he’s a good guy. We learn that Lex is a Sherlock Holmes devotee, see how Ollie relates to a fellow billionaire, get some subtle Superman action and wonderful ‘hero moments’. 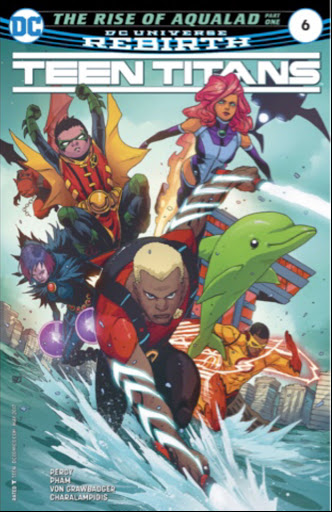 It’s that Percy man again, introducing the DC Rebirth version of Aqualad to the latest incarnation of the Teen Titans. This issue is notable because it’s Percy really starting to have fun with the team, providing glorious character-based banter and a credible threat in the terrifying shape of King Shark. And it all looks wonderful courtesy of penciller Khoi Pham, inker Wade Von Grawbadger and colourist Jim Charalampidis. 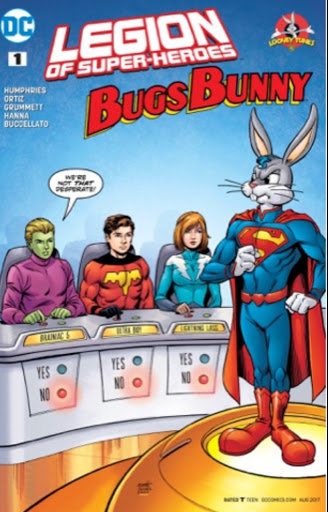 This is just glorious, a melding of the Seventies Legion strip with the nuttiness of Looney Tunes. Humphries amps up the LSH angst and sets it against the anarchy of Bugs at his best against a backdrop of a sick Supergirl. Classic DC penciller Grummett gets to show off his comedy chops for once, in an affectionate satire that has me missing the 31st century’s greatest super-team more than ever. 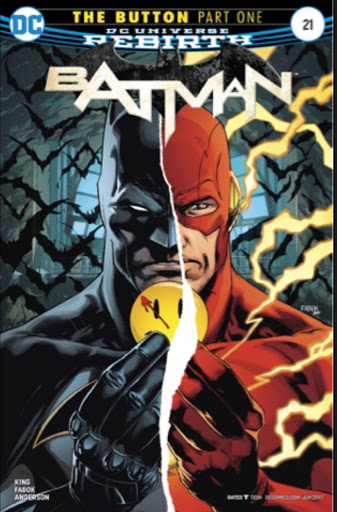 The mystery of DC Rebirth had been bubbling away in the background of various titles for a year or so by the time a Batman/Flash crossover brought it to the foreground of the line. And while the lenticular covers may have initially grabbed the eye, it was this issue’s fast-moving, compelling chapter that got me really excited, with its callbacks to Watchmen and Crisis on Infinite Earths... it even has an appearance by nutty Sixties Flash villains the Samuroids! 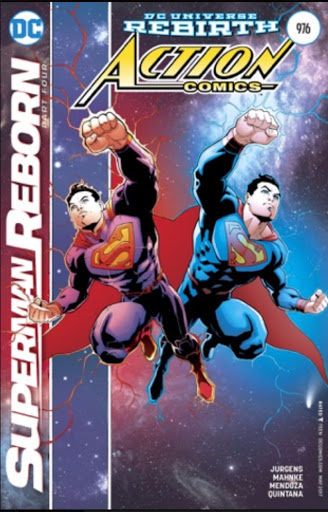 And here’s my issue of the year, in which the Superman and Lois Lane of the DC New 52 are revealed to be aspects of their counterparts from Earth One, and the characters merge. It all happens against the background of a fantastic encounter with Mr Mxyzptlk, a veritable god terrified by someone bigger out there... After five years, Superman and Lois were home.

So there you have it, my pick of the year. What’s yours?

And a very Happy New Year to one and all.