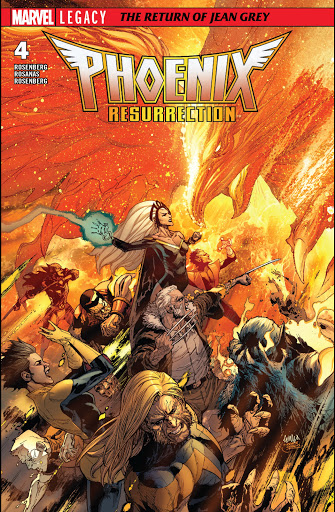 It’s just another day for Jean Grey, small town diner waitress. Wake up in a house razed by fire, talk to the paper boy... 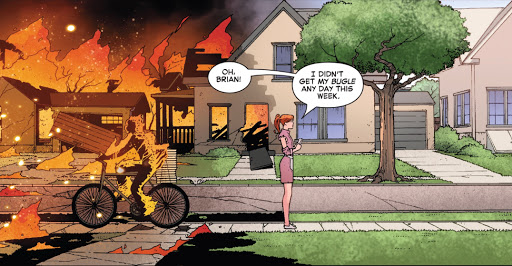 Jean isn’t noticing the fiery scenes just at the edge of her vision.

Nearby, a mass of mutants have come to New Mexico, on the trail of recent Phoenix Force manifestations. They’ve found a dome, pulsating with light. There’s a door, but is it safe to go through?

Who cares, they’re the X-Men and their friend Jean Grey likely needs help on the other side. 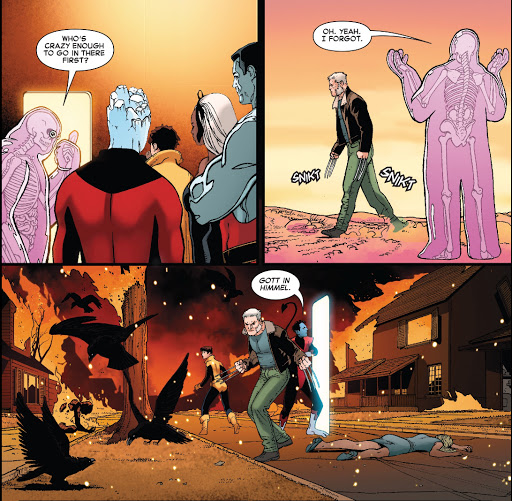 What they find are more mutants. Dead, angry ones. 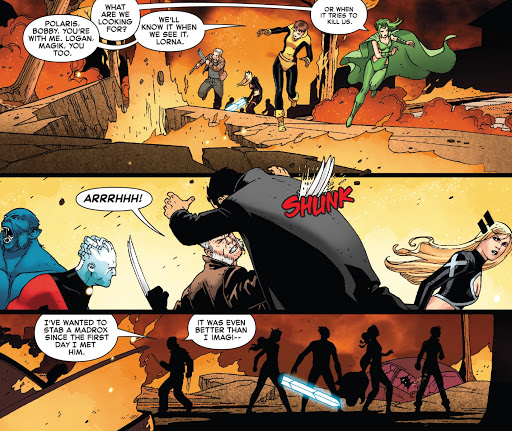 I wasn’t impressed with the first issue of what was advertised as a game-changing mini series. The second weekly issue, though, addressed my concerns and, along with the third, got me seriously interested. Writer Matthew Rosenberg has been pacing the mystery nicely, tapping into a Twilight Zone eeriness. Again and again he reminds us just how powerful the amoral Phoenix Force is, begging the question: how the heck can a reborn Jean Grey resist its cosmic call? Surely she’s going to bond with it at any moment, and the universe will quake as the blazing bird feeds?

Too often writers forget - or ignore, for story convenience - the fact that Kitty Pryde is established as an awful lot smarter than most people. Here, though, she’s deducing what’s likely happening, giving her team - her world - a chance of survival. It likely helps her stress levels that she acknowledges the weirdness of X-Men mortality.

The art by illustrator Ramon Rosanas and colourist Rachelle Rosenberg is sumptuous. The pages are ablaze with character and colour. It doesn’t matter whether they’re asked to conjure up a quiet moment in a cool diner or a chaotic fight in an inferno, they nail it. There’s also a nicely understated lettering job by Travis Lanham.

Phoenix Resurrection ends next week, and on this form, it’s going to nail the landing with big, fiery wings.