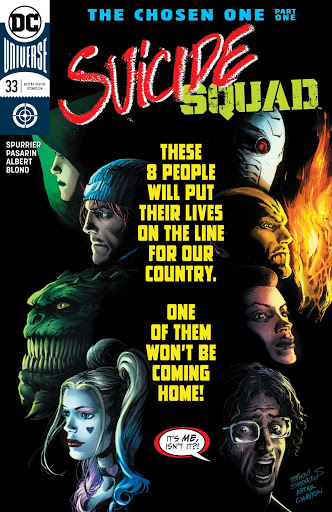 Joining the Justice League is quite the honour. Hooking up with the Suicide Squad, less so, but a successful mission does knock time off a super-crook’s sentence. Belle Reve inmate Juan Soria, though, is less than delighted when Amanda Waller drafts him. It’s not like he doesn’t have a useful power... 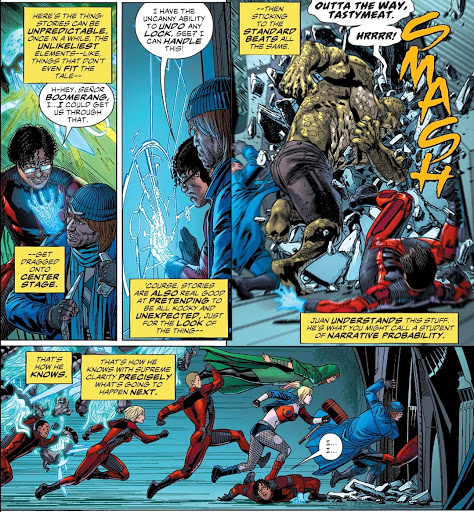 ... it’s that his chances of survival are tiny. 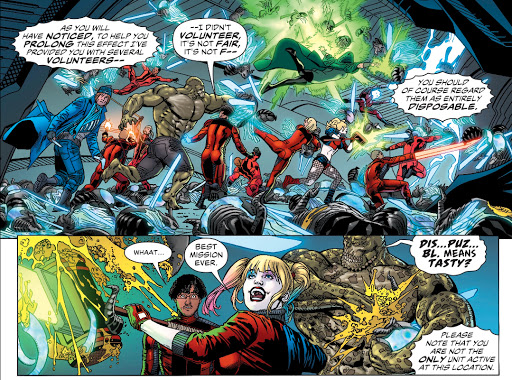 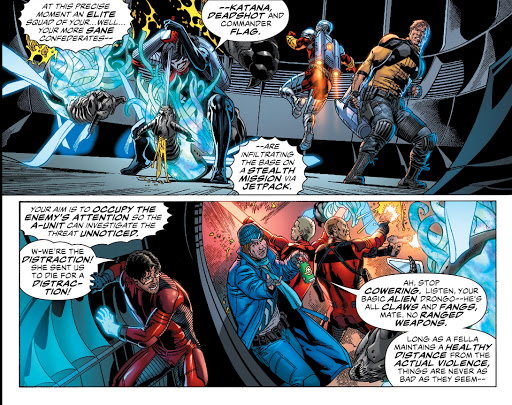 It could all have been so different. 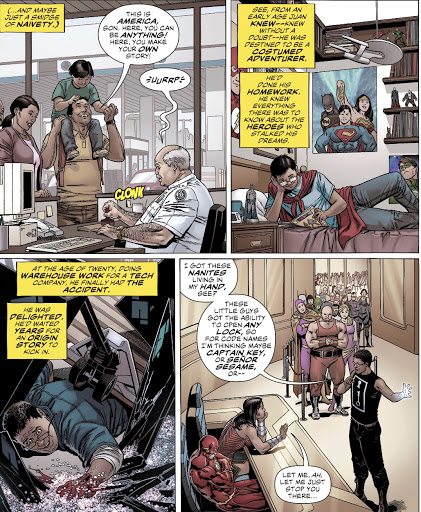 Juan has seen enough Star Trek to know that he’s basically cannon fodder. But in a universe that seems to have certain unchanging narrative laws, can he rewrite the story? 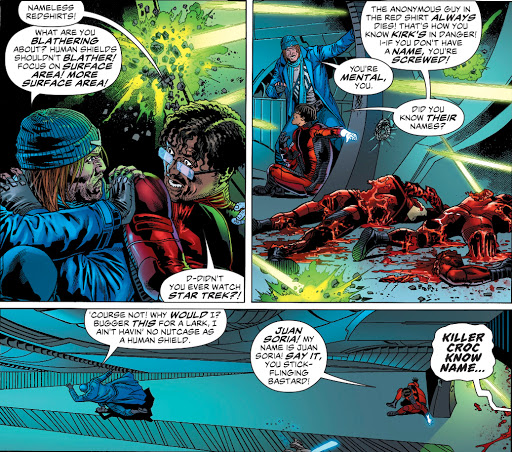 From Eddy Barrows, Eber Ferreira and Adriano Lucas’ witty cover homage to the first ever Suicide Squad Issue to the bloodcurdling cliffhanger, this is a superb comic. Si Spurrier’s script is knowing without being irritating - if this were Seventies Marvel we’d have a cringeworthy second-person narration - as he uses Juan to shed light on what it means to be a bit player in the DC Universe. Juan could so easily be redeemed... if he survives. The humour in Spurrier’s script - terrifically put on the page by letterer Pat Brosseau - is brought out all the more by the beautiful work of penciller Fernando Pasarin, inker Oclair Albert and colourist Blond. The pace is frenetic but the artists never skimp on character, showing just what the unfortunate Juan is feeling. As for the regular Suicide Squad members, they’re around, and fun, but this is Juan’s story. It continues in two weeks - don’t miss it.