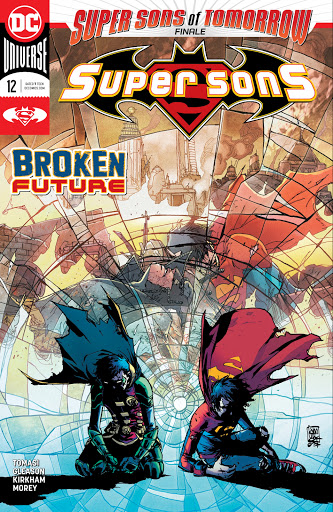 It’s the finale to the Super Sons of Tomorrow storyline and it has quite the opening. Having absorbed Jon Kent’s world-threatening solar flare, a future version of Tim Drake finds himself plummeting through Hypertime. As he sees many worlds and times, a telepathic link created by Raven gives her fellow Teen Titans, the Titans of Tomorrow, Superman and Jon glimpses of what he sees. 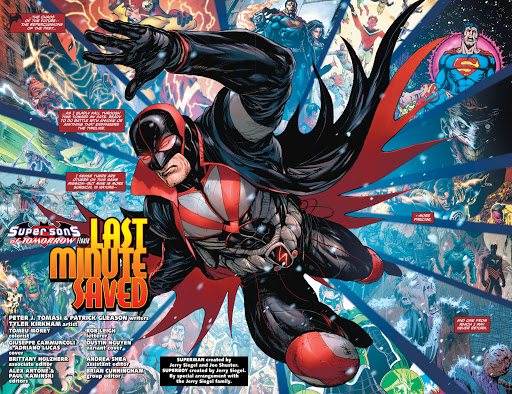 It’s an incredible sight and promises a lot for this fifth, final chapter of what’s been an intriguing storyline. Sadly, the promise isn’t fulfilled, as Tim - now going by Savior - vanishes and the visions fade. Which leaves the rest of the issue to serve as an epilogue.

The Titans of Tomorrow return to their future.

The unity of the Teen Titans team appears shattered. 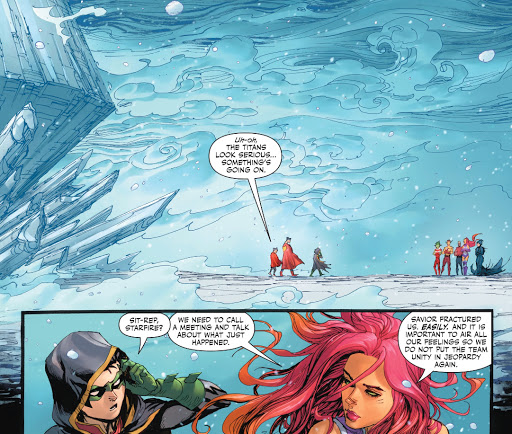 Superman has words with Jon and pal Damian Wayne, the current Robin (in the warmth of the Fortress, leaving the rest of the Teen Titans out in the cold!). 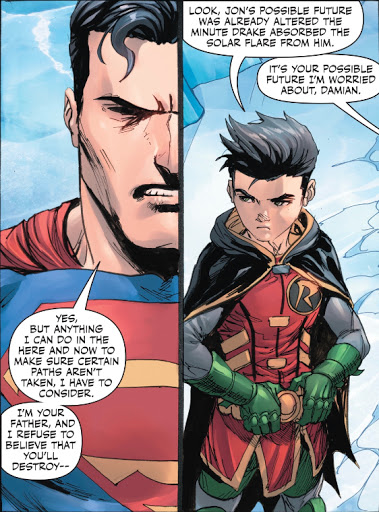 And Batman wakes up. 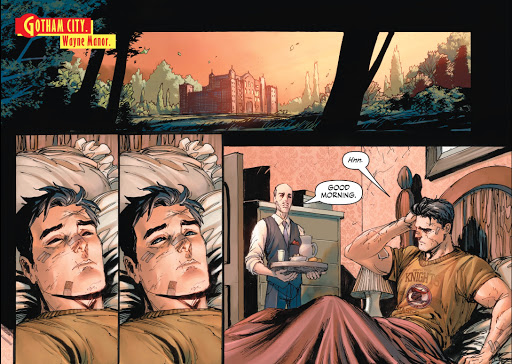 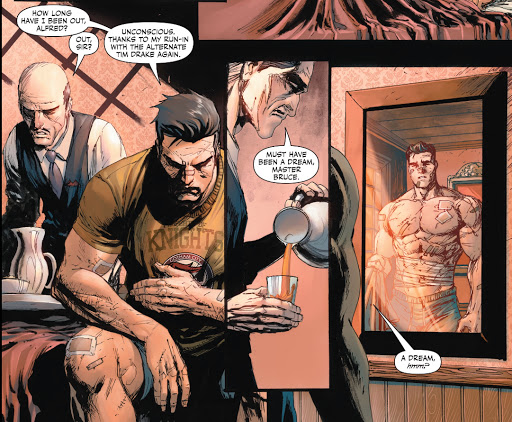 It’s not without interest, as writers Peter J Tomasi and Patrick Gleason mine some nifty nuggets of characterisation, such as Wally West being smart as a whip one minute, then having a moment of teenage immaturity. And there’s excellent development of the Jon/Damian friendship. Superman talking about his ‘two jobs’ is great. But again, I expected more. The Titans of Tomorrow go back to the future post-haste, fearing they’ll give the 2018 folk Too Much Information. There’s no plan to find the fanatical, but possibly redeeemed, Tim. And a vote the Titans of Today take at the end of the issue doesn’t ring true, reading like melodrama for the same of it.

Worst of all, after all they’ve seen, Superman and Batman don’t summon their Justice League colleagues - heck, every superhero they can find - to investigate the recent wave of incursions from other realities. Superman spoke to the original Wally West about the DC Universe’s missing ten years months ago. Batman, having seen Hypertime with Barry Allen, shouldn’t be going along with Alfred in shrugging off a beating by Future Tim. It’s way past time for them to declare a Crisis and get to the bottom of things.

Occasional black, dead-looking eyes apart, Tyler Kirkham’s illustrations are lovely throughout. His Superman is, actually, rather magnificent - the body of a god, but the beating heart of a man. 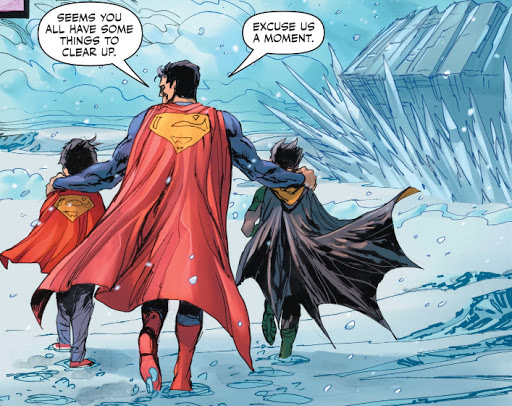 I really like how protective he is of not just Jon, but Damian, despite knowing he’s a loose cannon. And Kirkham’s Titans of Tomorrow look amazing. Tomeu Morey’s colours are loud enough to attract attention, but not to overwhelm, while Rob Leigh’s lettering is sharp throughout.

Giuseppe Cammuncoli and Adriano Lucas’s scratchy, gloomy cover would’ve suited another issue but not this one, not when we’re at the epilogue stage. It’s good, but misplaced. As for Dustin Nguyen’s Robin study, I saw this when the book was solicited a few months back - I can’t believe DC didn’t fix that freaky ear! 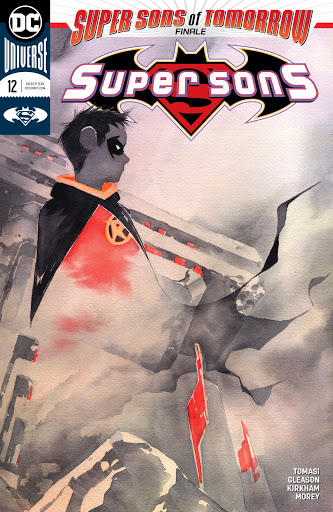 Super Sons #12 is a decent read, and looks great. It’s just not the comic I was looking for.