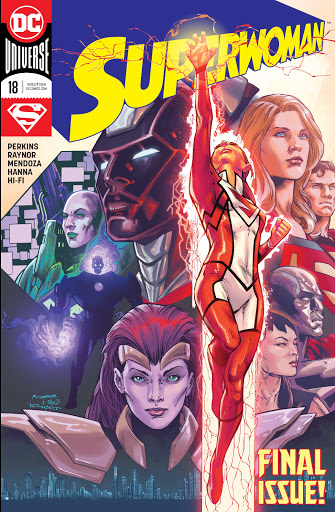 Superwoman has released the people of Metropolis stolen by Midnight’s void and ended the threat to the city. It’s time to bask in a little appreciation. 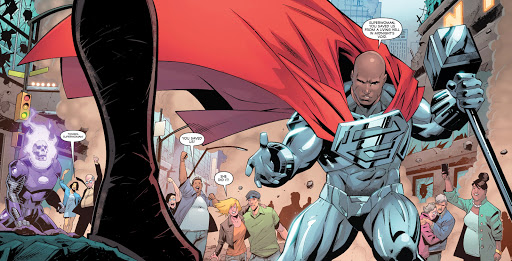 But while Lana is there, she’s not all there. An aspect of her is still in the void, with Midnight, evil Lena Luther’s AI stooge.

In the everyday world, ‘niece’ Natasha Irons helps physical Lana get her powers back up to speed, as spirit Lana notices that she and the avatar of Midnight are oddly connected. 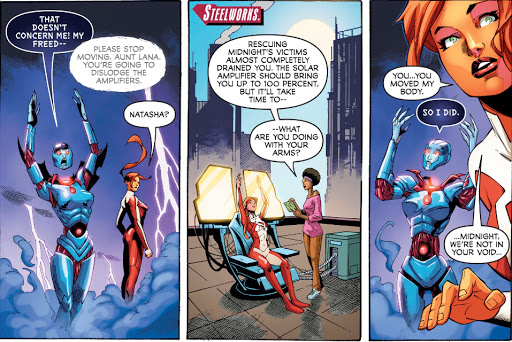 Eventually, the two realise that if they’re going to get out of there, they must work together.

It’s an old idea, hero and villain forced to team up, but it works. Emotionally, at least. On a narrative basis, despite reading every issue of this book, I really don’t get why Lana and Midnight are connected. The question is waved away here. But that’s typical of the series, and probably the main reason it’s going away as of this issue - Lana’s Super abilities have been explained in at least three different ways, overshadowing potentially intriguing storylines. Worse, Lana has so often been less than we know she is - rather than the strong, spunky woman we had through the New 52 era, Superwoman Lana has been an emotional wreck - angry, conflicted, weepy, difficult to like.

That’s not the fault of writer K Perkins, who has done a sterling job of trying to make super-lemonade out of the muddled book she inherited. In this issue alone, she gives us a Lana who despite a frightening situation - the prospect of being trapped in some limbo, her life not her own - doesn’t panic. She stays calm, analyses the situation, makes a friend of her enemy, and prevails. The close of Lana’s time as Superwoman is sudden, to say the least, but emotionally satisfying. I’m not sad this series is done, because it’s been so ruddy frustrating. I am glad that Perkins restores a Lana I can love, leaving her in a great place. This is a woman with a massive heart, and I can’t wait to follow her adventures across the Superman line.

This is penciller Max Raynor’s first work for DC, and I can’t see it being his last. His layouts are decent, with important moments such as the opening splash especially strong. He does a great job of capturing Lana’s determination, and the tenderness between her and boyfriend John Henry Irons. 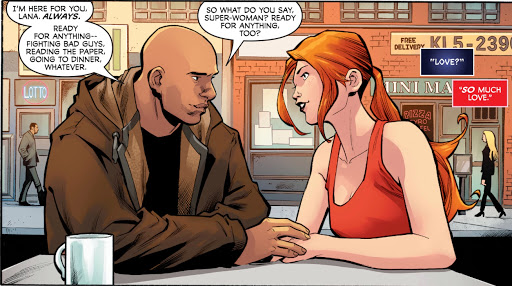 And wait until you see the cute kid he draws - looks like Lois, wants to be Lana.

The inks of Jaime Mendoza and Scott Hanna serve Raynor well, and the colours of Hi-Fi and letters of Carlos M Mangual are as strong as ever.

Original Superwoman writer/artist Phil Jimenez is back with a homage to his first issue cover, rendered once more with colourist Stephen Downer, and it’s lovely. While Jimenez’s early stories proved a little too busy, I applaud his ambition, he laid out a good foundation for the book and it’s a shame the series was quickly hobbled by the overall positive Superman Reborn storyline. I’m glad to see him back for the finale. Emanuela Lupaccino’s variant is a gorgeous coda to the series, it would make a splendid back cover bookend.

Superwoman was an interesting experiment and while I’m not sorry it’s done, I’m glad for the good moments it gave us along the way.