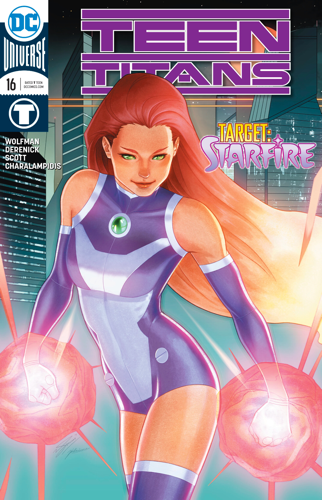 Longtime Teen Titans foe Mammoth has escaped from super-prison and he’s got a mad-on. Luckily, three Titans are on the scene and ready to round him up. 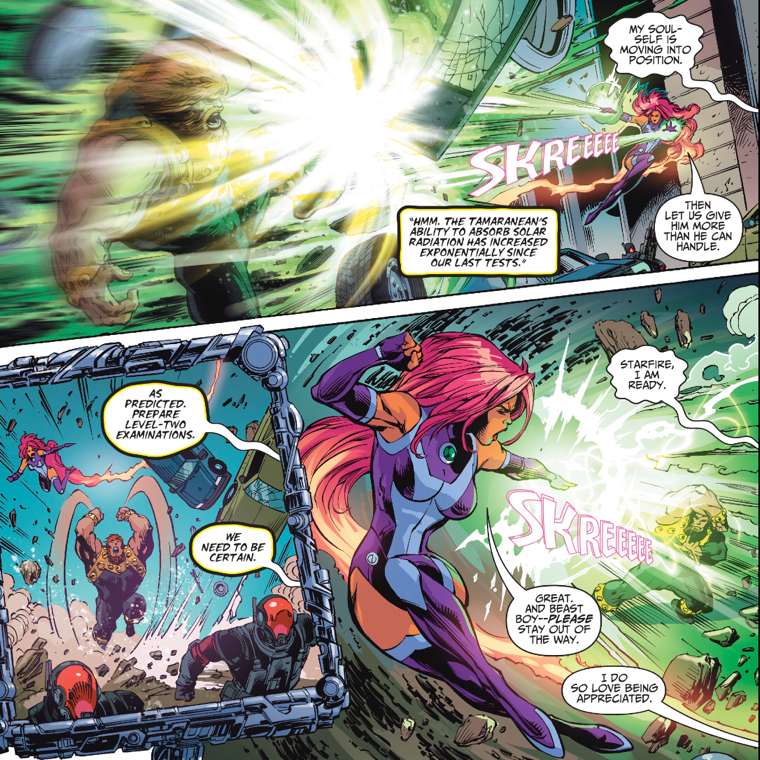 There’s an impressive display of teamwork, so you can understand why Starfire is confused afterwards, when it’s anything but Titans Together. 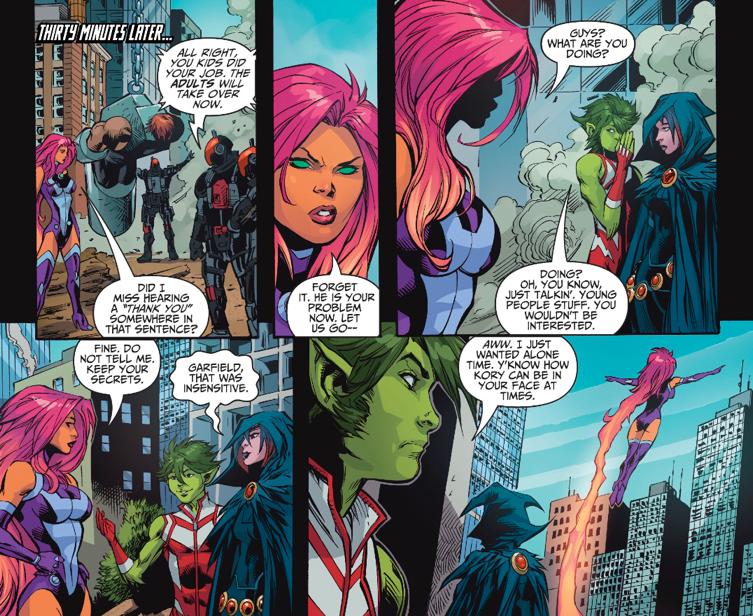 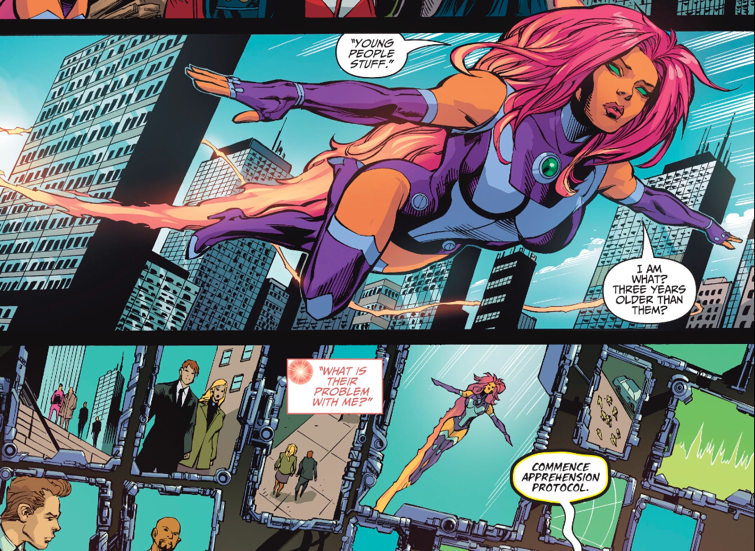 Feeling left out - and old - is no fun for anyone, but Princess Koriand’r of Tamaran soon has bigger fish to fry, as unseen figures who have been watching her strike via mind-controlled pawns. Mammoth’s rampage was her enemies’ doing - they want data on Kory’s current power levels. Kory doesn’t want to hurt blameless humans - but she doesn’t want to get killed either. 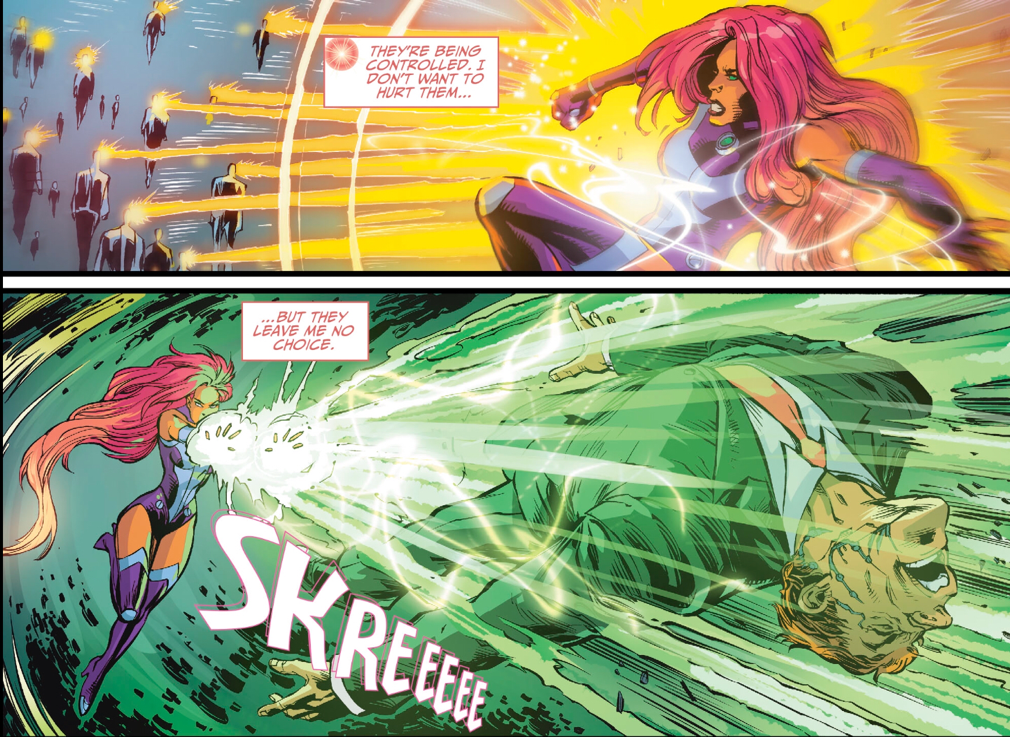 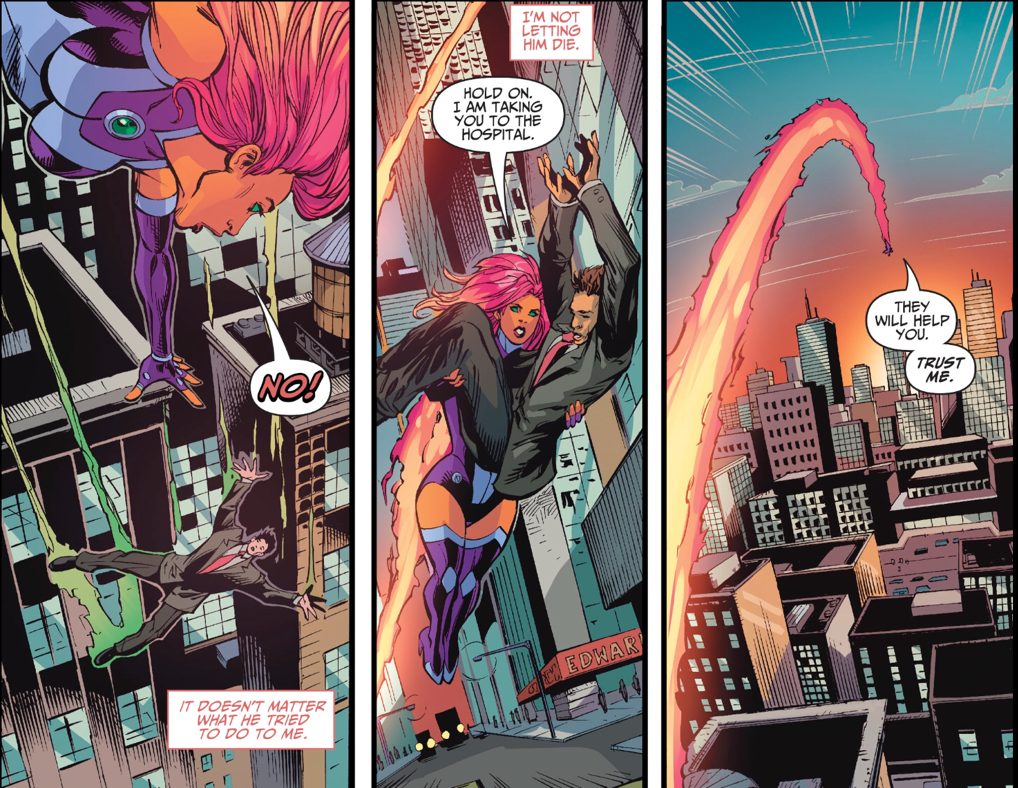 She needs a hand, but Raven and Beast Boy aren’t answering her summons...
That the only current team members featured this issue are Starfire, Raven and Beast Boy makes sense when you see it’s written by Marv Wolfman, who recreated the Teen Titans with artist George Perez back in the last Bronze Age of comics. All three characters were on their long-running version, and while the 2017 iterations are slightly different, they’re basically the same guys. Starfire was among my least favourites back in the day - the ‘naive sex kitten’ bit got on my nerves - but Wolfman takes his cue from regular Teen Titans writer Ben Percy, giving us a Kory who’s as much the warrior as the heroine Wolfman co-created, but smarter, more empathetic. She quickly works out who her enemy is, and shows them what a mistake they’ve made in provoking her. Raven and Beast Boy do show up eventually, but this is Starfire’s Issue, and a very entertaining one it is too. We have a done-in-one action story, with emotional beats and the return of some classic New Teen Titans villains. Marv Wolfman has the experience and talent to craft a well-paced, satisfying story - filler, yes, but not fluff. I hope he returns with more tales.
Master-of-the-fill-ins Tom Derenick pencils, providing plenty of dynamic Starfire moments while resisting the urge many Kory artists feel to make cheesecake. I particularly like how he draws the mech-enchanted humans. 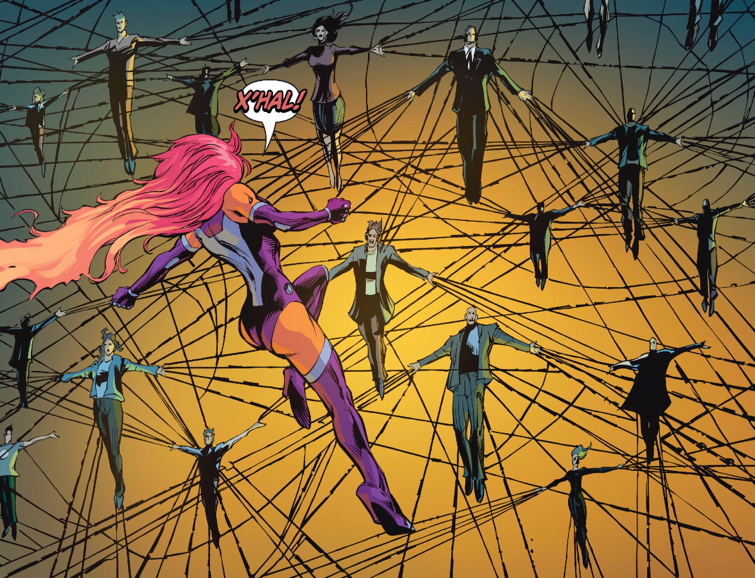 Eerie. Add in inker Trevor Scott and colourist Jim Charalampidis and you have one good-looking comic book.
The regular cover by illustrator Sami Basri and colourist Jessica Kholinne is decent but a tad dull - I like my Starfire with rather wilder hair - but the variant by Chad Hardin and Alex Sinclair is an instant classic, beautifully executed and full of fun. 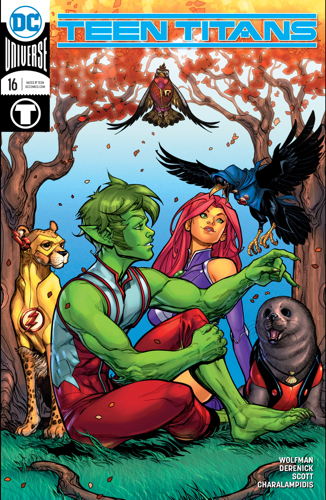