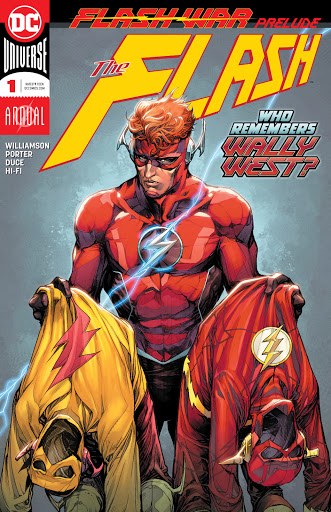 It’s the 25th century and a security team is trying to work out what the heck happened at the Flash Museum. 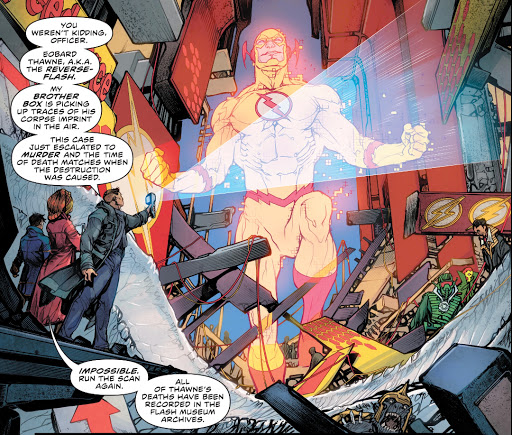 ‘Meanwhile’, relatively, in 2017, not one, not two, but three Flashes are taking on The Top, master of centrifugal force. And occasionally, booby-trapped toy tops. None of them come into play today, which may be why he’s collared by Barry Allen, Wally West I and Wally West II without undue trouble.  Which is just as well, as the younger Wally professes to be confused enough.

The elder Wally has bigger things on his mind; since escaping the Speed Force a year earlier, and learning ten years have been stolen from the lives of everyone on the world he’s rejoined, he’s been... not doing very much. And Uncle Barry thinks he should make a big step towards reclaiming his life by talking to Iris West, aunt to both Wallies, but who recalls only the younger version. 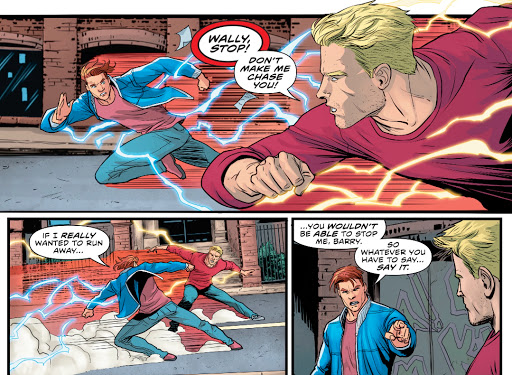 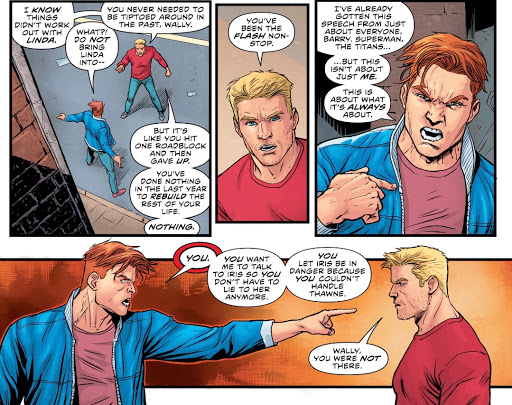 Wally storms off as only a speedster can. He’s simply not ready to deal with Iris, the woman who parented him when his own, to put it mildly, dysfunctional Mom and Dad pushed him away. And he’s already tried - and failed - to reconnect with Linda Park, who isn’t his wife in this tweaked/mangled reality. But Wally does decide to contact one woman from his past 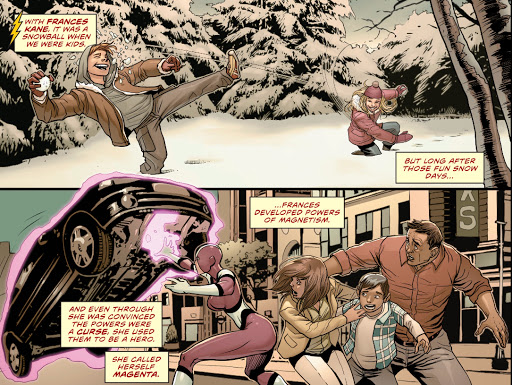 Frankie Raye. Sometimes teen hero, more often teen villain, her delicate mind shattered by the strain of her magnetic powers. Could she offer Wally some hope?

This issue certainly offers me hope. Hope that Wally West regains his own series soon. Joshua Williamson writes a terrific Wally, capturing the voice made so familiar by longtime scripters Mark Waid and Geoff Johns, and I want to see more. Had this 38pp annual ended with a ‘Coming soon... Wally West: Flash’ blurb I’d be grinning like a loon.

I’m grinning anyway. There’s just so much to like about this issue, from rare interaction between Barry and the Wallies to a cameo by Radu’s, the coffee shop once frequented by Green Lantern Kyle Rayner, to CSI: 25th century. It’s the latter which opens the book, as we learn that the recent - our perspective - killing of Professor Zoom by Iris is going to have 21st-century consequences. The background of the razed Flash Museum offers such gems as ‘The Tragedies of the Flash’ and ‘The Wing of Warped Realities’. Then there’s that excellent nugget of sci-fi dialogue about Zoom’s death at the bottom of that panel up top.

Drawing the future is Howard Porter, while Christian Duce handles the present day scenes. Porter’s work is as deliriously detailed as ever - whether you’re looking at the foreground or gazing into the background, there’s always something to tease the eye. The opening spread of the Flash Museum, for instance, is spectacularly busy, and utterly fascinating. Based on this issue alone, I’d happily buy a Porter-illustrated Space Museum revival - the man just excels at exhibits. And facial expressions. And hair. How cool is this guy’s ‘do? 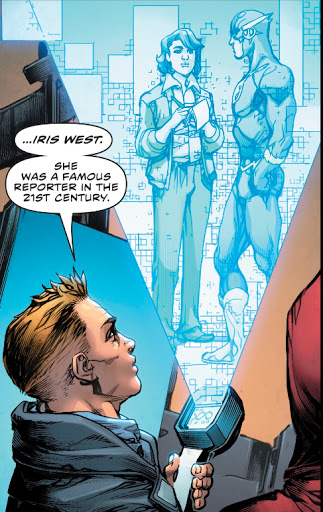 As for Duce, he uses the extra space to show off a bit, going big with the splash pages. There’s a spread towards the end that yells, ‘look at me, I’m iconic!’ It’s gorgeous, but I’ll let you discover it for yourself. You’ll thank me. I will, though, share this page-high close-up of the new Top (who seems to be the original, Roscoe Dillon, not seen for a long while). Duce makes the old Carmine Infantino costume sing, but it’s the face that really impresses, the mixture of anger, confusion and frustration. And how great is Barry looking? 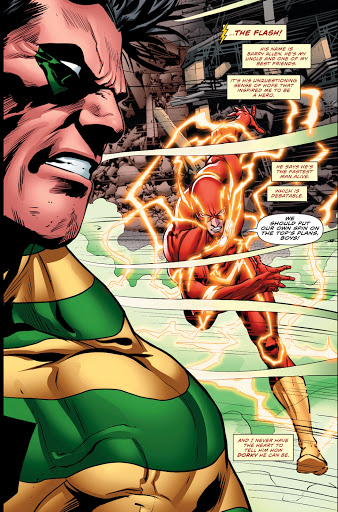 He’s also the first artist to really make Wally’s DC Rebirth suit look good; I still want better contrast between cowl and hair, but that’s not Duce’s domain; Wally looks great and moves like the speed demon he is.

Working with Duce and Porter is colour house Hi-Fi - often a nice chap named Brian - and what a lovely finish we get. From the cool snows of Blue Valley to the sunset shades of Keystone City to the far-flung Flash Museum, Hi-Fi hits the mark very time. Hi-Fi is good with Blüdhaven too, but it’s Williamson’s moment of self-knowledge for Dick that makes this one memorable. 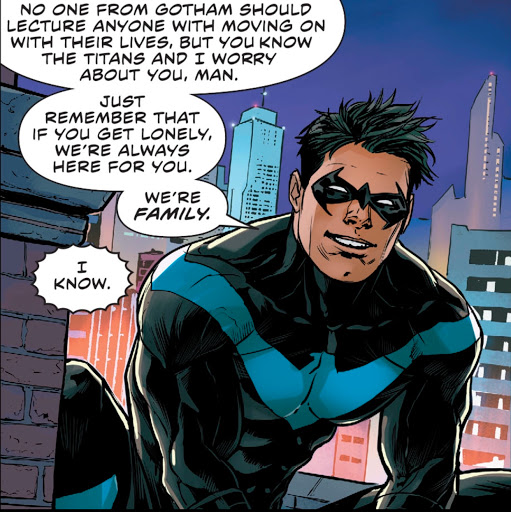 Thanks, too, to letterers Carlos M Mangual and Travis Lanham, who make it look easy, and editors Andrew Marino, Rebecca Taylor and Marie Javins for all the creative and production tasks without which there’d be no comic. Porter and Hi-Fi put the capper on what is, no doubt, Wally’s issue with a quietly dramatic cover. It’s a pity there’s not a Duce variant, I know that would be special too.

The prelude to the upcoming Flash War storyline, Flash Annual #1 is a superb superhero tale from beginning to end, full of old friends, old enemies and new thrills. It moves Wally’s story forward as well as the greater DC Rebirth mystery, but it’s also a great done-in-one.