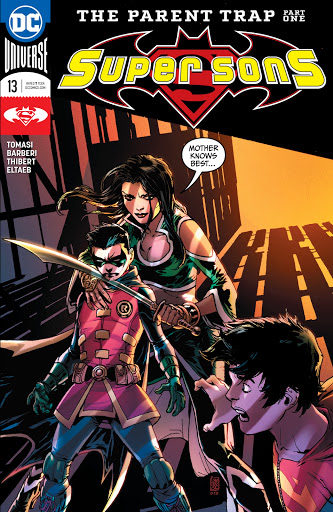 Two weeks into term at the West-Reeve School, Jon Kent is having a ball... 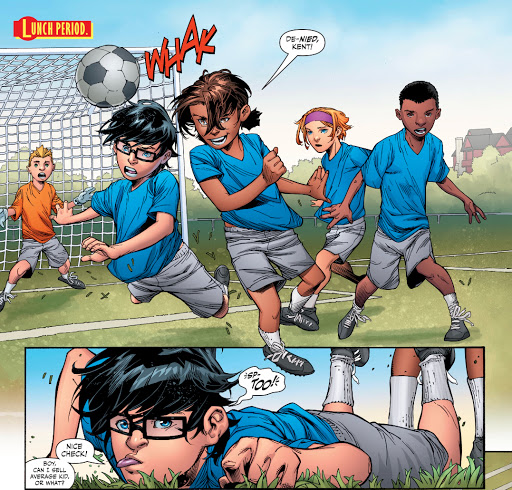 ... but Damian Wayne would rather be anywhere else. 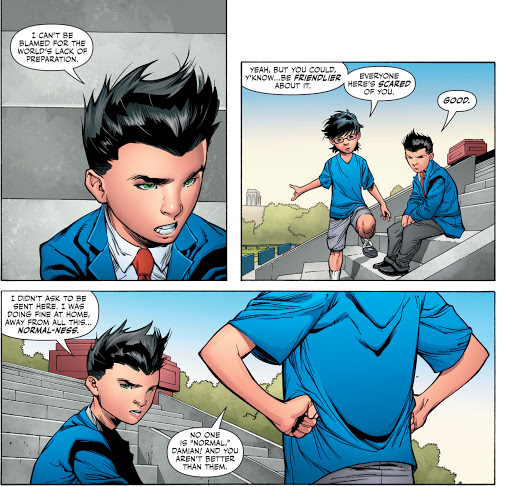 At lunchtime, Damian’s mom drops by, and when your mother is the daughter of League of Assassins chief Ra’s al-Ghul, you can bet she’s not come to drop off a sandwich. 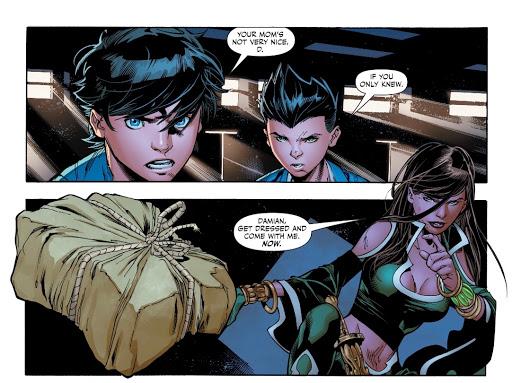 Damian, bless him, makes it clear that he’s firmly allied with the good guys, so Talia flounces off, with a warning that he won’t be able to deny the darker side of his heritage forever.

The rest of the issue sees the Super Sons in Gotham, trying to work out what Talia wants. If you don’t already have this, grab it; Super Sons #13 is another massively enjoyable day in the life of Damian and Jon. Highlights include the debut of Jon’s new pal, Georgia Bakshi. 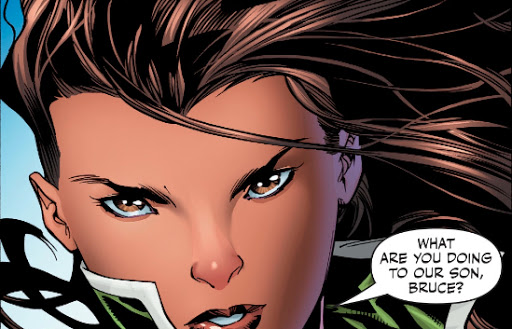 The answer, of course, is ‘Bugger all’ - Batman spends no time with Damian, he ignores him while running around with 27 other sidekicks. Assassin and all, with a decent lawyer - is Harvey Dent available? - Talia could probably get custody of the Tween Wonder.

All kidding aside, she does try to use her knowledge of Batman’s true identity against Damian, but he calls her on it. There’s also straight talking from Jon in a scene that presages some home truths from Damian later in the chapter. 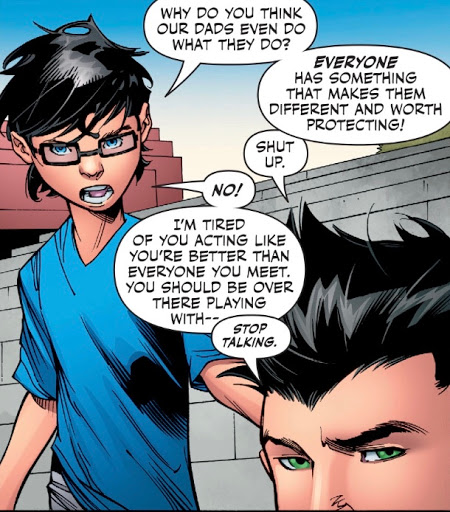 Dialogue, pacing, action... Tomasi’s control of this book is perfect, and he’s matched by guest penciller Carlo Barberi, one of comicdom’s best kid artists since his days on the much-missed Impulse series. He can do wide-eyed Jon, focused Damian, sardonic Georgia....and his adults aren’t half-bad either, Talia looks amazing. Barberi’s partners, inker Art Thibert and colourist Gabe Eltaeb also deserve big thanks, for the sharpness and clarity they bring... there’s an especially good depiction of Jon’s heat vision. Letterer Rob Leigh is as good as ever, with another great title treatment, one dipped in irony.

Talking of Impulse, the regular cover by artist Giuseppe Camuncoli and colourist Adriano Lucas would fit into that series nicely, with its mix of dramatic image and sly word balloon. The alternate, from Dustin Nguyen, is delightfully eerie. 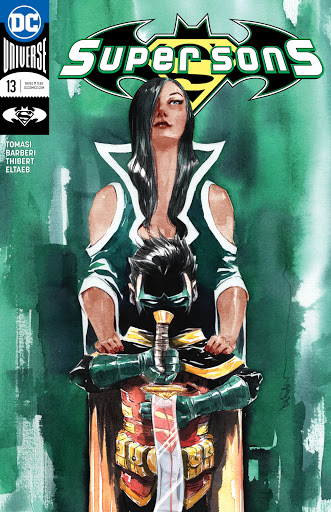 The fact that this is yet another A-plus Issue makes it all the sadder that the news broke yesterday that the Super Sons series is ending. On Twitter, writer Peter J Tomasi was quick to reassure... 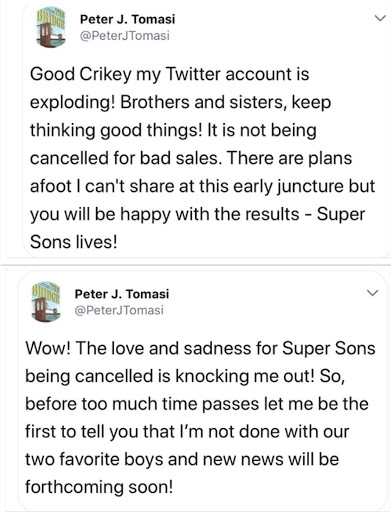 .... which has me wondering if the series will continue only as occasional entries in the DC Zoom graphic novel series for younger readers. I hope not, I want to see that as an extra, not the only place we can see Damian and Jon interact. Super Sons has been a monthly delight this past year, and I don’t want to see it go.