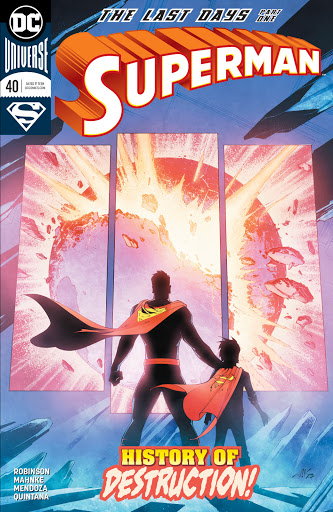 Jon Kent has been Superboy for awhile but he’s nowhere near blasé. The exhibits in his father’s Fortress of Solitude have him wide-eyed. But the likes of the interplanetary zoo and crystalline statues of his grandparents are nothing compared to the latest display... a holographic ‘film’ of the moment Krypton died. 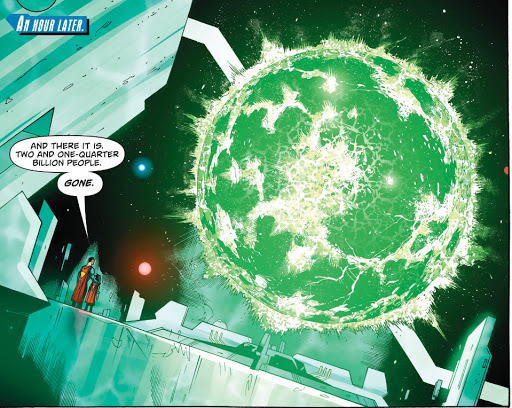 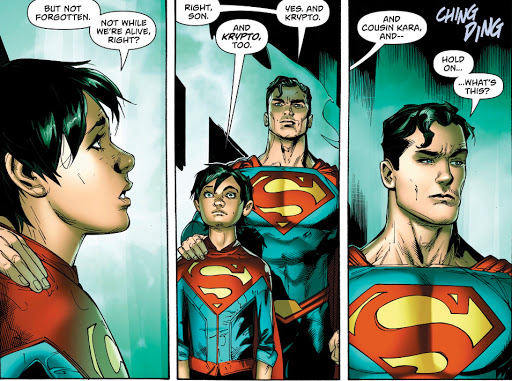 The alarm represents the most cosmic of coincidences - a signal that another world is soon to follow Krypton and become just a footnote in multiversal history. If he can’t save the planet, Superman is determined to at least preserve the populace.

Obviously, Jon wants to go. Obviously, a world on the precipice of destruction is not somewhere you would take your son. Obviously, this is a comic, so here’s how the conversation plays out. 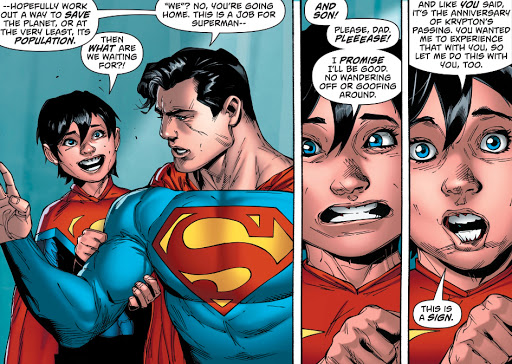 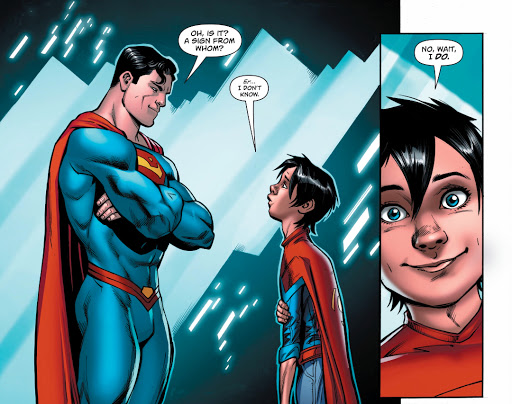 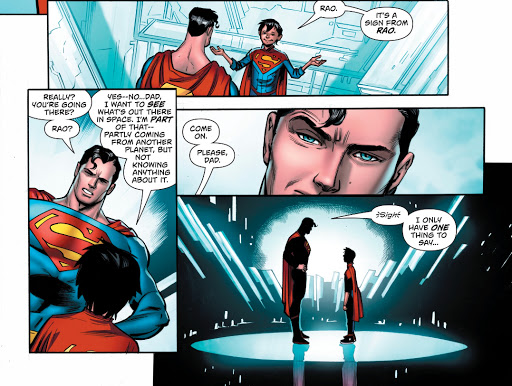 And if Jon thought a hologram was amazing, there’s greater wonderment out there. 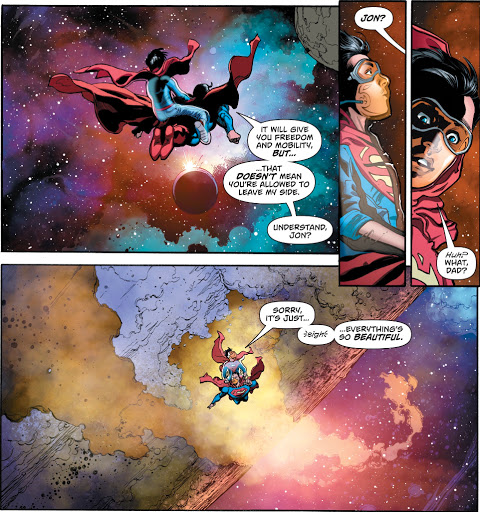 Can father and son save a world?

OK, Superman should immediately have dropped Jon off with Lois and dared him to escape her reporter’s gaze. And he should have contacted the Green Lantern Corps, the JLA, someone, to get help - there’s no room for pride when a planet is about to go boom.

But this is Superman’s book, not a team title, and the latest Superboy must have adventures, so I can go with it. Otherwise, we’d miss out on some great father/son moments, such as their shared astonishment at what happens when they meet the people of Galymayne.

Guest writer James Robinson’s script is terrific, well-paced and full of personality. The dilemma facing Superman and Son is similar to one in another recent DC series, but different characters mean we’re getting a different story. Jon is developing a new identity, seeing himself as part of the immigrant experience, wanting to know more about where he came from. And Superman continues to grow into his role as father while remaining Earth’s greatest hero.

The only real off-note in this first chapter is Superman reciting his list of weaknesses to an antagonist - not smart at all.

Regular Team Superman member Doug Mahnke’s illustrations are as perfect as ever - he knows how these heroes move, and ensures their environments attract the eye. As for the expressions, Mahnke is up there with Kevin Maguire when it comes to capturing a range of subtleties.

And full marks for nodding to Superman’s post-Crisis history with a full-page illo homaging the Superman: Exile storyline. Mahnke’s inkers, Jaime Mendoza and Scott Hanna, provide pin-sharp finishes, while Wil Quintana brings us a literal universe of colour. And letterer Rob Leigh produces an especially fine design for Robinson’s title, which works on more than one level given the main Superman books are coming to the end of an era >choke<. 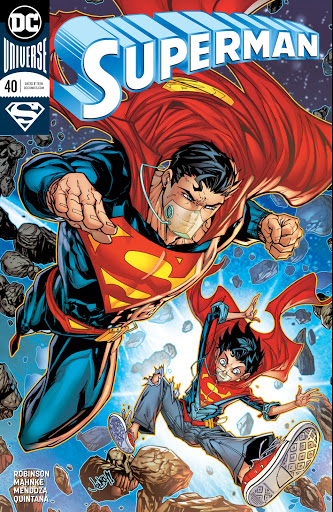 Superman #40 is a thoroughly enjoyable look at the state of the Superman universe - enjoy it while you can.