The Brave and the Bold: Batman and Wonder Woman #1 review 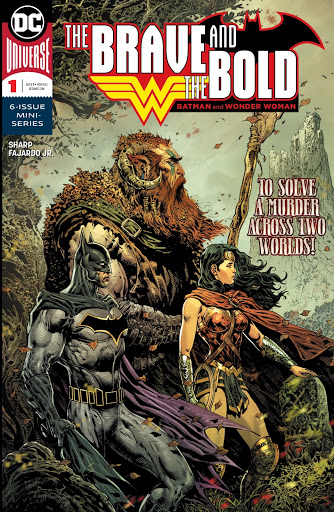 There’s trouble in Fairyland. Tir Na Nóg, to be precise, where the Faerie folk of ancient Ireland have retired. They were led there by the fertility god Cernunnos, when their time among men looked to be over. The idea was that they would enjoy eternal peace and friendship... 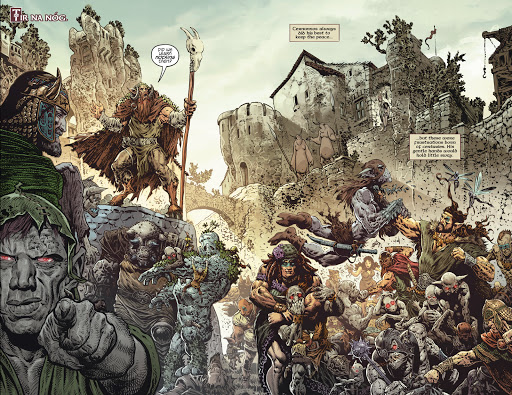 The old god feels that something must be done, takes advice from other deities and concludes that there’s only one woman for the job. As it turns out, Wonder Woman is... busy... with paramour Steve Trevor. The fertility god is far from perturbed. 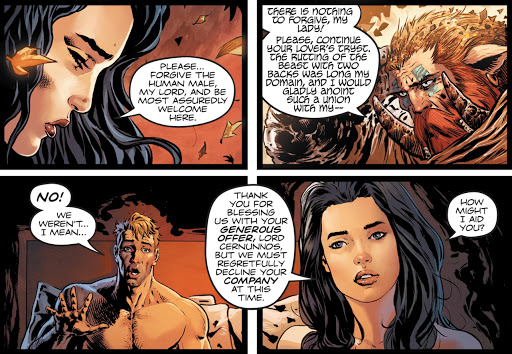 Diana agrees to help, once she’s had an hour for unfinished business. Oh aye...

Over in Gotham City, Batman, with the aid of Alfred, investigates the strange business of a neighbourhood where everyone seems to be in a dream 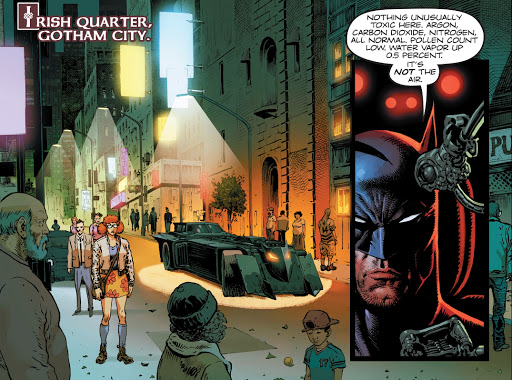 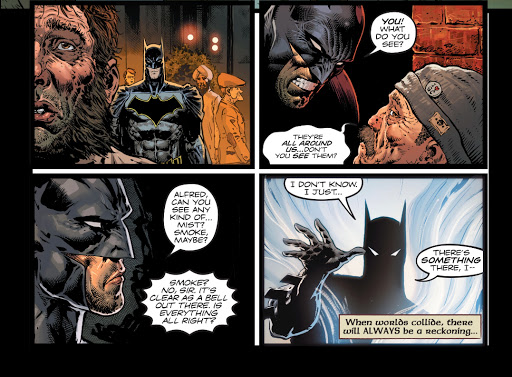 You can bet the mystery is linked to the Irish quarter of the city, where someone still believes in the old ways. 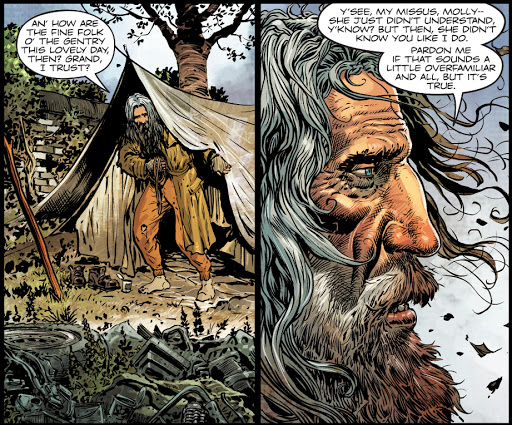 You know, if I were a DC higher-up, the minute I saw the first pages from writer/artist Liam Sharp, colourist Romulo Fajardo Jr and letterer Troy Peteri, I’d have cancelled this monthly mini-series.

Yep. Cancelled it and re-inserted it into the publishing programme as a prestige hardback done-in-one, because my goodness, this is gorgeous craft all round. Sharp one-ups his rightly praised work on the Wonder Woman book, giving us even more ornate, sinewy pages that don’t stint on the storytelling. From the opening spread of life in Tir Na Nóg, so busy with wild characters and incident (I love that wee guy pointing at the reader) to the nightmarish cliffhanger in Gotham, this is a treat for the eyes. And I like that Sharp finds comedy in what other artists might have treated as a simple vanishing act.

The Irish myths setting, while bringing to mind the Sláine strip in 2000AD, and Marvel UK’s Black Knight/Captain Britain series, is ripe for mining and Sharp does so with confidence and style. I’m looking forward to spending more time with the world-weary, forgetful Cernunnos, a god past his prime who may yet have a few surprises up his sleeve.

As for Wonder Woman, Batman, Steve and Alfred, Sharp captures their voices nicely (and makes Steve a little more fun than usual with his use of the very British ‘ginormous’). I like the Gotham investigation, with Alfred, for once, getting to do more than be sarcy from the sidelines, and Sharp having Diana’s ambassadorial experience, rather than her superheroic side, be the draw for Cernunnos.

While it results in a good gag, one I praise above, I feel the sex scene between Diana and Steve is a bit much (the first time they speak, it looks as if the dialogue has been added to distract from Steve’s frankly orgasmic facial expression). Yes, this issue isn’t marked as all-ages, but I’d have loved to have read something this good as an eight-year old, when I was devouring books of legends at the same time I was getting to know the superheroes. As it is, I can’t see this one making it onto school library shelves, by the Scholastic books, which is a shame. This is the kind of work that can spark the imagination, send a child down an artistic, historical, folkloric or other interesting path. If this issue’s hanky panky is the only nookie in the series, would it be so bad were DC to produce a mildly Bowdlerised edition, tweaking that scene so it’s a little more family friendly?

The autumnal palette Fajardo uses for the fairy realm is picture book perfect, while the starker tones of Steve and Diana’s quarters make for a fine contrast; it’s fascinating to see how the worlds collide when Cernunnos makes himself one very big gooseberry. And the pages featuring homeless Gothamite Patrick are wonderful - Sharp brings the melancholic body language, Fajardo completes the mood.

Letterer Troy Peteri also impresses, with a wide variety of appropriate fonts for characters and narrative boxes; his work is another building block in a fine-looking comic book.

I don’t know whether Peteri designed the cover logo, or if it was someone in DC’s Production department, but it’s really very smart, and looks good atop Sharp and Fajardo’s beguiling image.

So, we’re getting this story in six chapters... but don’t doubt friends of mine will be receiving the inevitable collected edition come Christmas! This is the Brave and the Bold... and the Beautiful.