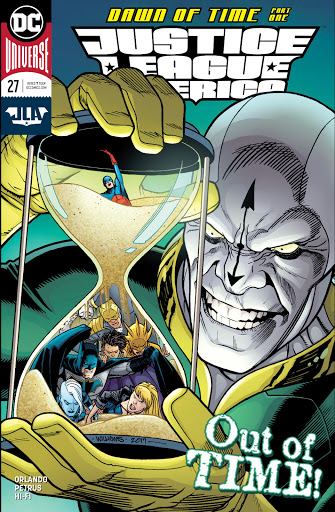 Ray Palmer, the original Atom, is still in the Microverse, exploring, when he’s rudely interrupted by one of his arch-enemies, Chronos, the Time Thief. He wants to slay Ray, but aid from his telepathic pal Yun Xee gives Ray a chance to deliver one heck of a punch. 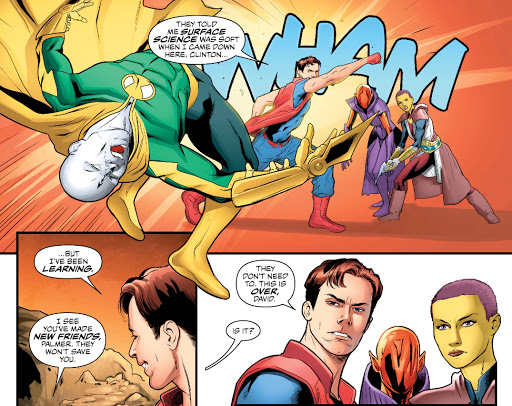 But when their minds touch, Chronos discovers a secret, and his plan changes. He vanishes.

At the under-construction base of the Justice League of America. Batman, Black Canary and the other members come across something that was hidden far below the cave that served as the original League’s HQ. 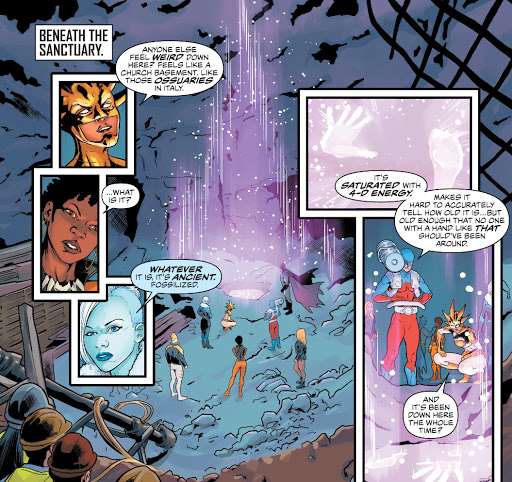 What this energy fossil is, they don’t know. But Chronos does. First, though, he shows them what a man with all the time in the world to plan can do. 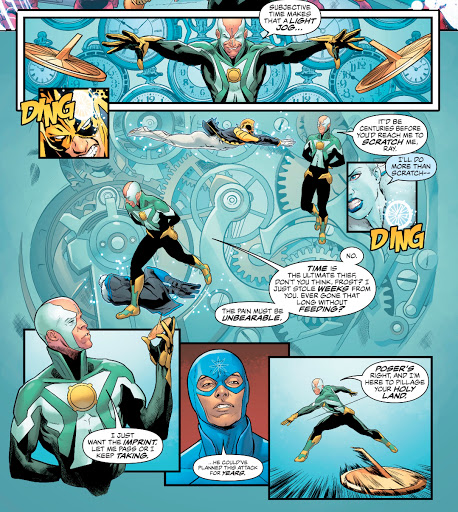 And then, he reveals his hand. 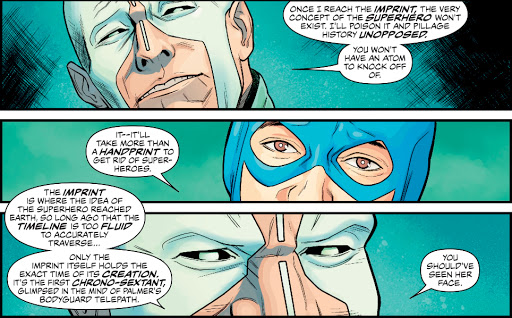 One of the first super villains I came across as a kid was Chronos, in his second appearance in a handed-down copy of The Atom #13 from way back in the Silver Age. I loved his time traps, the challenge he held for Ray Palmer, his look... yeah, the striped leggings were weird even for a comic character, but boy, was he distinctive. And that mask penciller Gil Kane gave him, he always seemed to be leering like some latter-day Mephistopheles. Soon that mask with the clock hands became a little more detailed, presaging Jack Kirby’s better-known Mister Miracle mask.

Sadly, he’s in an updated version of the original at the start of this issue, then a pretty generic outfit. What is wrong with kids today that they don’t want to show us a supervillain in his classic glory?

Still, I can’t fault writer Steve Orlando for how he uses Chronos here, he’s bad to the bone and fiendishly clever... the way he takes out Frost is especially impressive. All credit, too, for the fun concepts Orlando gives us, from Chronos’s dinging sundials to 4D energy to the God of Superheroes, whom I’d assumed was a throwaway idea for the recent team-up with the Doom Patrol. Oh, and this wonderfully literal ‘troubalert’ noise!

And we get Orlando’s trademark nods to DC’s massively obscure continuity, from the race of the telepath to Chronos’s surprise stooges.

The characterisation of our heroes is also pure pleasure, whether it’s the latest step in Frost’s journey towards finding peace, Aztek’s annoying self-confidence or the Ray’s self-doubt. Best of all is the focus on Ryan Choi, who’s not a natural fighter but has the spirit of a true hero.

Drawing the issue is occasional, and always welcome, artist Hugo Petrus, whose sleek, action-packed pages are perfect for an unashamed slice of superheroics such as this. Everyone looks great, with the Atom - both of them - and Black Canary the standouts. Partnering Petrus is colour house Hi-Fi, meaning the pages are ablaze with tempting tones; the background clockworks in the fight with Chronos are particularly effective. Clayton Cowles provides the attractive, unobtrusive lettering.

And would you look at that cover by artist David Williams and colourist Steve Buccellato? It’s just gorgeous. Also, a homage... well, I think so. It looks darn familiar. But it’s not a take on this... 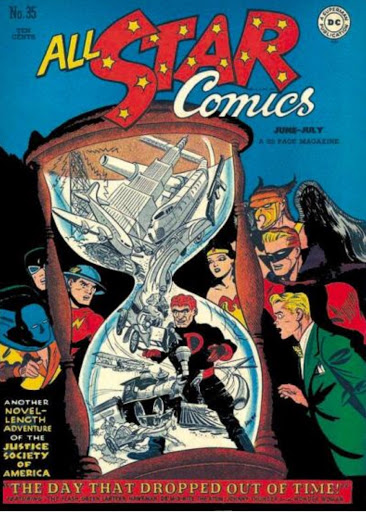 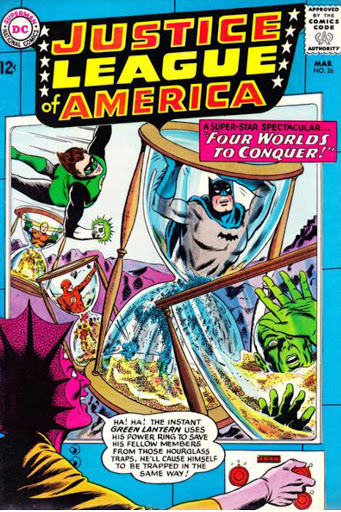 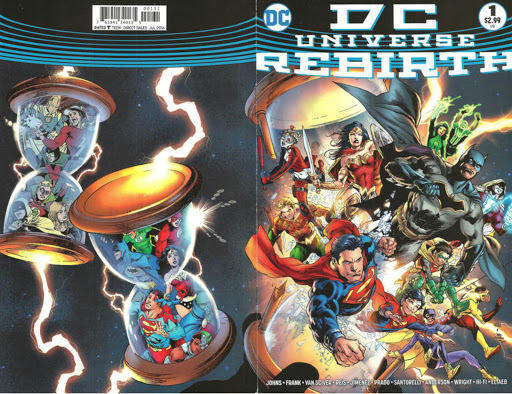 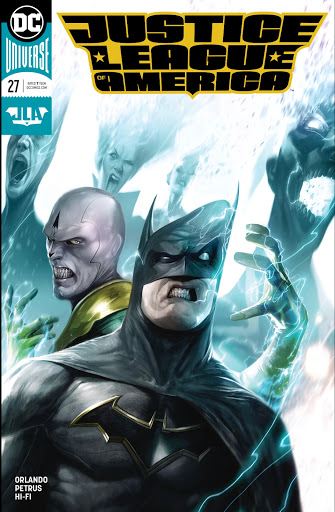 As for the alternate cover by Francesco Mattina, it’s more ‘today’ than the main cover, in its photorealistic way, and really rather good... but I’ll go for the more ‘comic booky’ option any time.

I’m going to miss this series when it makes way for the upcoming revamp of the Justice League concept led by Scott Snyder. Still, it looks like we’re going out with a bang.

If not villainously stripey tights.