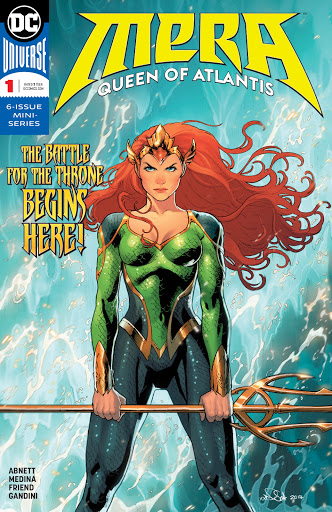 Injured by the magicks of Atlantean usurper king Rath, Mera is recovering at her home in Amnesty Bay, cared for by Aquagirl Tula. Until she recovers, Mera can’t breathe underwater, so can’t help the absent Aquaman in his battle to best Rath. While Mera wants Arthur to kick Rath off the throne she’s not looking forward to what would follow - she’s been named ruler of Atlantis by the powerful Widowhood. She’ll answer the call, but only until they find ‘a more suitable option’ - Mera dreams of a quiet life with Arthur, away from the politics of the throne.

But this issue doesn’t open with the water witch. It begins with a man telling a bedtime story to the boy he considers his son. 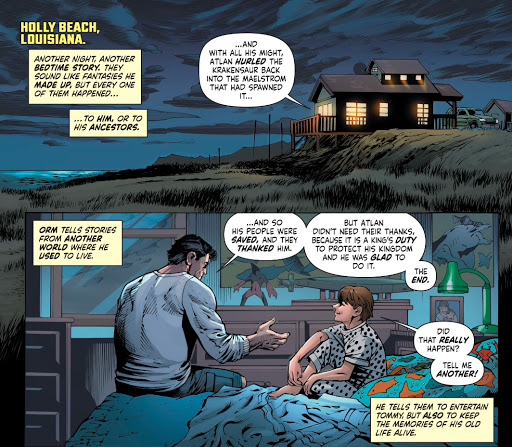 Six hours earlier, Mera is fighting for her life against supervillain the Eel, who like her can control water. It’s obvious she’s not at her best. 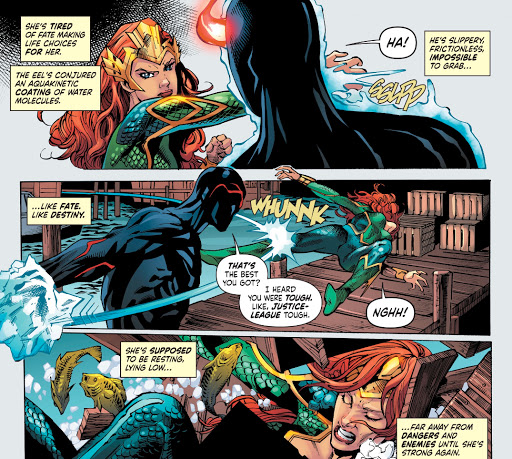 But ‘aquakinesis’ isn’t Mera’s only weapon; much as she may try to forget, she was trained in the arts of war in her home dimension of Xebel. 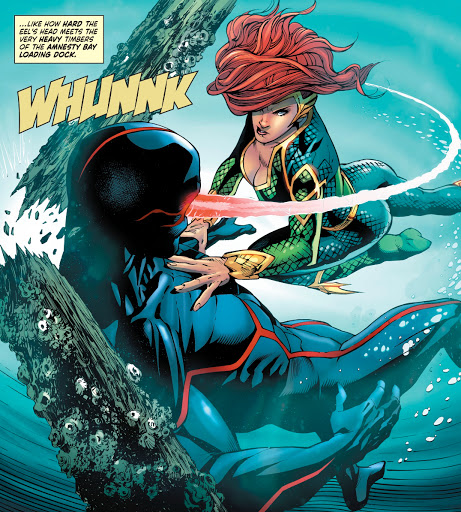 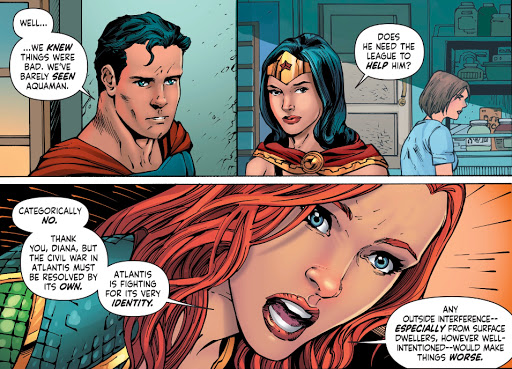 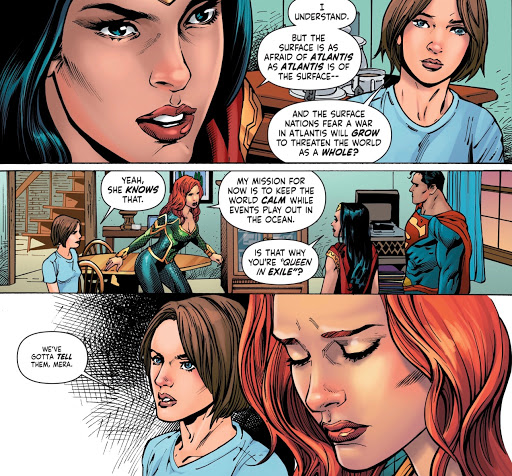 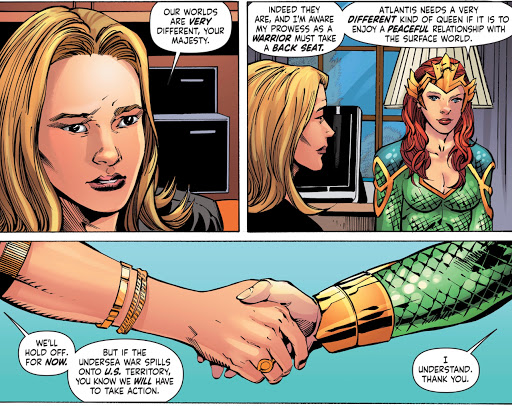 Mera has had her own strip previously, for a few issues of Aquaman in the Seventies; if she’s had a solo outing since then I’ve forgotten it. Whatever the case, this is her biggest showcase yet, a full six-issues to call her own, courtesy of regular Aquaman writer Dan Abnett. As he has over there, he gives us a person who’s not a supporting character to Aquaman, but an equal partner in the drama that is the DC Universe. And elevating her status to monarch of Atlantis, even though in exile, underlines her worth.

For the benefit of new readers, Abnett skilfully weaves in flashbacks catching everyone up on Mera’s (comic phrase alert!) current history. I hate the notion that she was originally willing to be Aquaman’s murderer, but Abnett uses that aspect of her past to Mera’s benefit here.

As for ‘aquakinesis’, nah - it’s hard water powers! Mera is basically an undersea Green Lantern, immensely powerful on an average day. Here she’s not at her best, making her tussle with the Eel more interesting than it might be.

The big surprise is the inclusion of Orm, the Ocean Master. He’s with Erin and Tommy, the mother and son he met during the Forever Evil storyline, and here seems on the path to personal redemption. Like Mera, Orm is torn between personal happiness and what he believes to be his duty. The tenderness of the opening scene has me hoping that he can somehow resists ‘the call of the sea’ he believes he was born to rule. Will Mera and Ocean Master be at odds or will they wind up on the same side. Certainly Abnett likes to surprise...

Former Aquaman and the Others artist Lan Medina gives us the Mera Aquaman fans expect, a woman who feels her emotions deeply, whether it’s anger in battle, the sadness of separation, the frustrations of diplomacy... whatever is called for, Medina, and inker Richard Friend, capture it. As for their action scenes, they pop, aided by the colours of Veronica Gandini, who makes it immediately clear when we’re in a flashback. 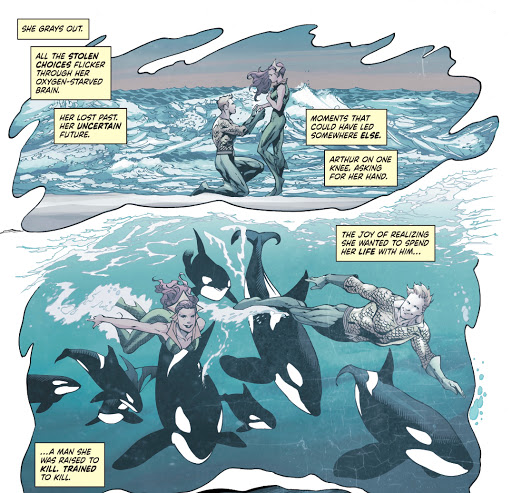 It’s just a shame the artists don’t get to draw our heroine in classic mode - the fussy current costume is pretty unflattering compared to Nick Cardy’s original, above. Still, Medina, Friend and Gandini do a good job with it.

Letterer Simon Boland does sterling work, and there seems to be a nod towards the great John Workman in his sound effects, which is only good. Illustrator Nicola Scott and colourist Romulo Fajardo Jr’s main cover is attractive, though Mera looks a wee bit surly. Stanley ‘Artgerm’ Lau’s variant perfectly captures the majesty and mystery of Mera. And that’s a terrific new logo. 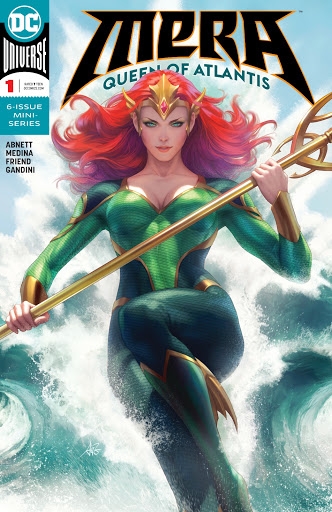 Mera: Queen of Atlantis #1 is an entertaining mix of action and character, enlarging the story currently playing out in Aquaman while providing a deserved showcase for Mera. By the time the Aquaman film opens in December DC could well have a great complementary collection.