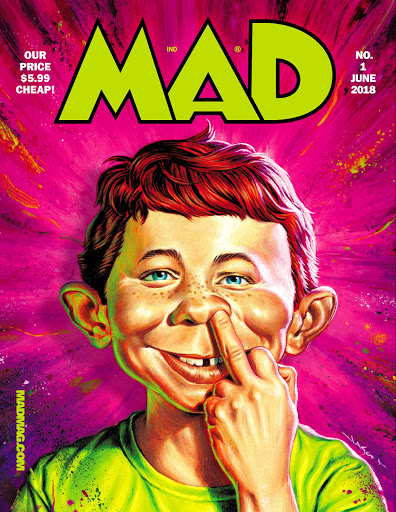 As a kid in the Seventies I loved MAD. The paperback reprints of the original Fifties stuff looked so good, with such lunatic energy, that it didn’t matter that I’d never heard of Gasoline Alley or Smilin’ Jack. At the same time I was buying the British version, which mixed the US material with original lampoons of such UK shows as Doctor Who and Coronation Street - those jokes I could get.

Over the years, though, I fell away from MAD. Hearing that EC/Warners/DC were relaunching it, though, I decided to take a look. And I’m impressed. OK, it’s a shame such a long-running title has been rolled back to #1, but MAD really does need something to scream ‘Relaunch!’  The first thing I noticed with my digital edition was that the whole thing is in colour. I expect that’s been the case for years, but the UK editions were alway black and white, so seeing everything in a blaze of glory was a pleasant surprise. The strips and features are pretty familiar, but not in a bad way. The Last Jedi spoof by writer Desmond Devlin and artist Tom Richmond took me straight back to the Seventies and the original MAD pricking of Star Wars - clever caricatures, cutely contrived script... it’s not hilarious, but it’s amusing, entertaining and has some nice insights into the series.

And the same can be said for the rest of the issue. It’s the classic MAD mix of familiar features riffing on up-to-the-minute news and pop culture. Sergio Arigones is still around, contributing A MAD Look at Harassment - very zeitgeisty and as wry as I’d expect from the veteran talent.

We get a feature imagining greetings cards as written by Donald Trump. 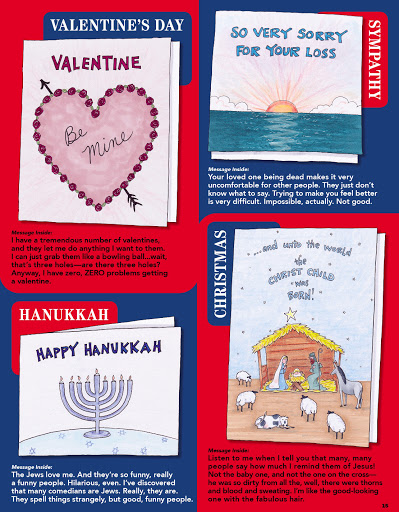 There’s Spy Vs Spy, which I never understood - I’m rubbish at silent humour strips. Even the Al Jaffee fold-ins survive, helpfully stretched out over seven pages in the online edition so all readers can get the ever-clever visual gag. 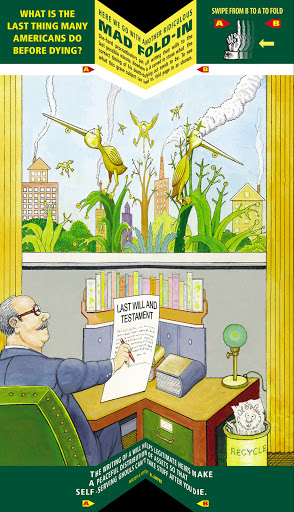 And there’s lots more, all of it at least a little funny/clever. But what really sold me on this issue were two comic strips about comics - Starchie Reconstituted, a spot-on update of Starchie from June 1954’s Mad #12, which brings things totally up to date from this beginning... 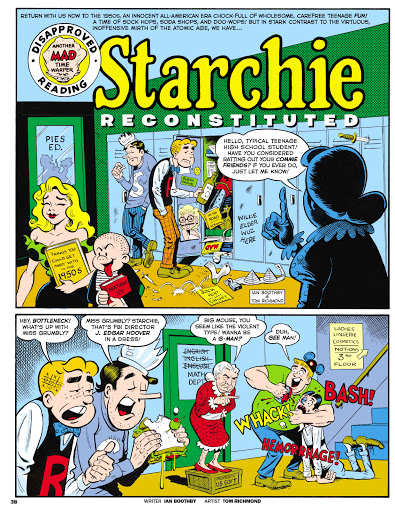 A helpful digital bonus reminds us of the original. 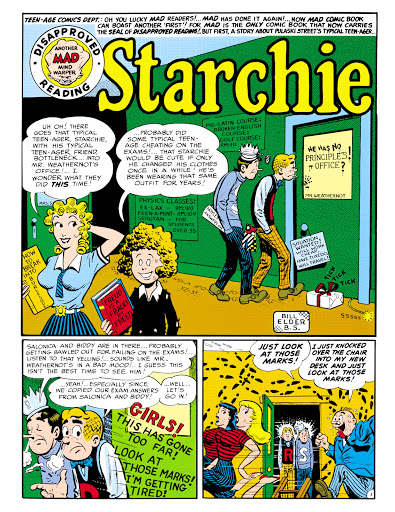 And then there’s the real treat for this old superhero fan, a three-page piece of nonsensical nostalgia from Kerry Callen. 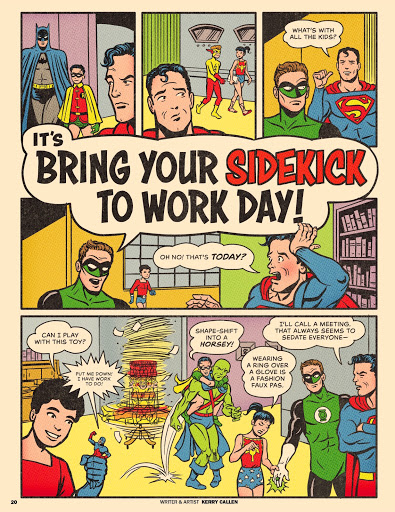 Isn’t that gorgeous? It reminds me a little of Mike Allred’s long-ago issue of DC’s Solo series, while being entirely its own thing.

This relaunch of MAD is good enough to bring me back next issue. Humour is, once again, in a jugular vein.