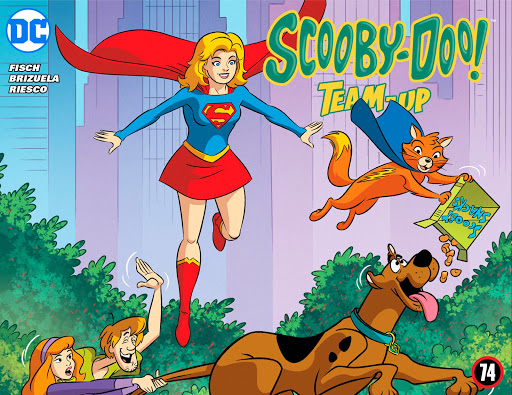 The ghosts of Krypton are haunting Midvale, so who you gonna call? Mystery Inc! 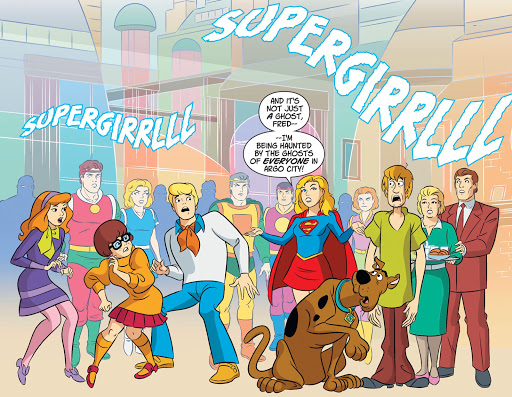 Having worked with Fred, Velma, Shaggy, Daphne and Scooby-Doo previously, Supergirl knows she can trust them with her secrets. 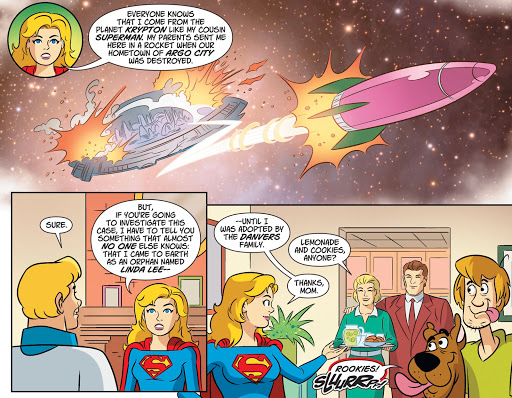 The spectral figures from Argo City disappear as unexpectedly as they pop up, but before the gang can get down to the business of clue-hunting, Scooby gets distracted. Super-distracted. 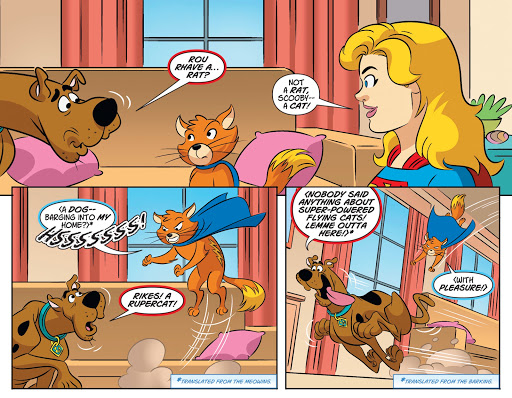 These pets don't like one another, but soon Scooby is on an equal footing with Streaky.

Kara manages to pull the bad-tempered powered pets apart, and comes up with a theory as to where the super-powers come from. 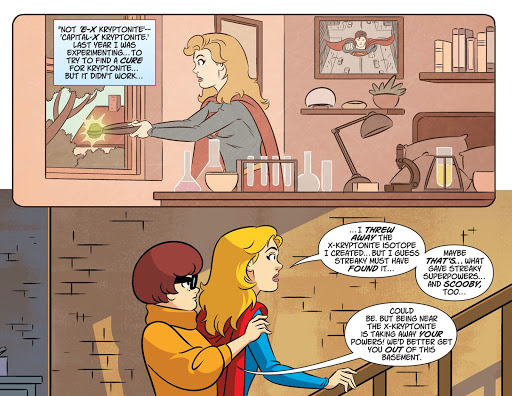 Just in time for another appearance by the ghosts of Krypton.

Well, that's the synopsis for the first digital chapter, which equals half the print issue. And what an issue it is, as we bask in early Bronze Age Supergirl continuity, around the time of Scooby's TV debut. There's Fred and Edna Danvers, Streaky the Supercat, that callback to Kara's attempt to find a cure for green K poisoning... the only wrong note is that the story title page pretty much gives away the identity of the surprise villain. Happily, I'd not looked at it, meaning that when they appeared my day was well and truly made.

It's another wonderful issue from writer Sholly Fisch, artist Dario Brizuela, colourist Franco Riesco and letterer Saida Temofonte, edited by Kristy Quinn, and just what I need in the month yet another Supergirl series is dumped by DC. OK, so Streaky has the blue cape he wears on TV rather than the comics red, and Supergirl's belt isn't quite of the period - this is a dynamic, amusing mystery that uses Kara's classic continuity to bring us a story that could easily have appeared during her Adventure Comics run... well, Scooby and pals apart!

And the good news is that the conclusion pretty much promises another team-up between Supergirl and Mystery Inc. I cannot wait!