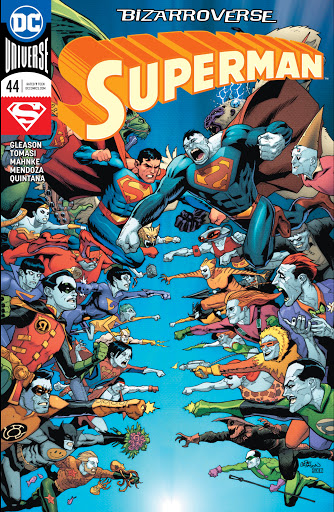 Above the Bizarro World of Htrae, Superman is fighting off an attack by Bizarro No.1, who’s losing his grip on what passed for reality. Below, Super Son Jon Kent and his allies Beacon, Nobody, Boyzarro and Robzarro realise that the world is beginning to collapse in on itself... already it’s bent out of shape, its beautiful square-ness replaced by a weird globe shape.

Superman has a theory, that because this world is basically an extension of Bizarro, it’s reacting to his current mood, the despair he’s been feeling about his failings as a father. 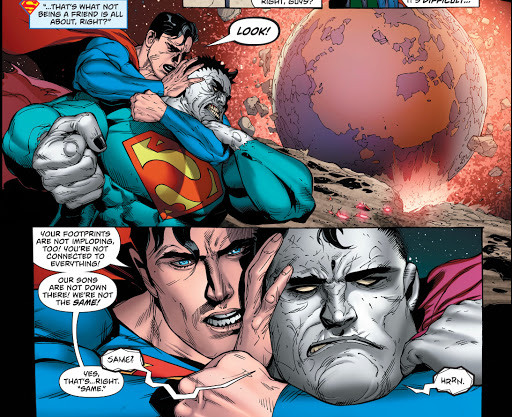 A further threat comes from the Legion of Fun, avowed enemies of the Super Foes, whom they’ve captured and neutered. Only Hawkzarro remains... will he lead the young heroes in a last-ditch effort to save the planet? 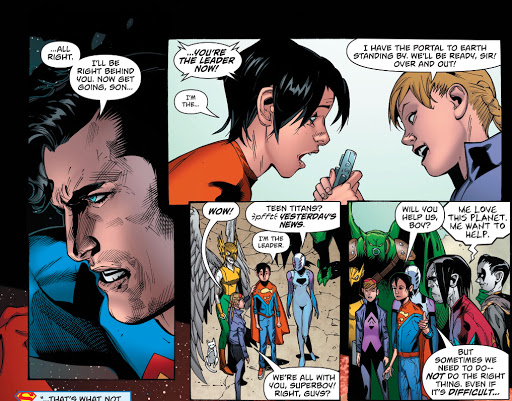 Nope! Talk about a vote of confidence - Superman trusts his young son to lead the rescue effort. Jon Kent has come a long way since debuting in 2015, from farmboy to fully fledged pre-teen hero. And no one is citing nepotism as the reason for Superman’s decision.

Writers Patrick Gleason and Peter J Tomasi seem to be having a ball with this final arc before Brian Bendis takes over the adventures of Superman, Lois and Jon. The action is multiversal in scope, the high drama leavened with the moments of comedy we should get from a Bizarro story. But boy, does this penultimate chapter ultimately shock, when Bizarro No.1 and Lois Lane No.1 fall out. It’s painful to see, and things just get sadder from there. If you’ve read the book, you’ll know what I mean; if you haven’t, buy a copy - let DC see how much we appreciate the fine work of Gleason, Tomasi and artists Doug Mahnke, Jamie Mendoza and Wil Quintana, and letterer Rob Leigh.

Mahnke pencils, and inks some pages, while Mendoza embellishes the rest and Quintana colours throughout. The results are sometimes beautiful, like the opening spread of Superman vs Bizarro, at other times wacky, like the entrance of the Legion of Fun, and always compelling. The little sight gags dotted throughout are terrific, too. The standout character, visually, is Boyzarro, who simply drips with poignancy. A fun plus is that rather than Bizarro versions of the current or classic JLA we have sideways Super Friends, complete with Apache Chief and the Wonder Twins. 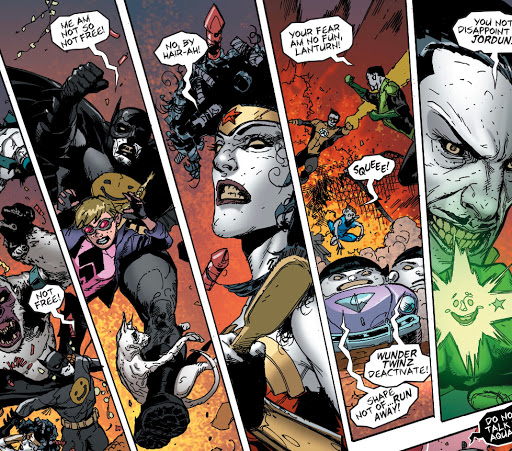 More and more it seems as if the writers are setting up a new team for Jon, featuring Beacon - aka his old pal Kathy - and Nobody, who does a neat trick here with her whatever-it-is stick. I do hope so, they’re an interesting mix and who knows who else they could recruit... Kid Amazo’s machine-controlling sister Sara, maybe?

On the main cover, Gleason gives us his take on the classic ‘when two sides go to war’ composition (see X-Men #100, JLA #108 and countless others) and the result, as coloured by Alejandro Sanchez, is delicious. As for the variant by Jonboy Meyers, it’s good-looking, though it has an inventory feel to it. 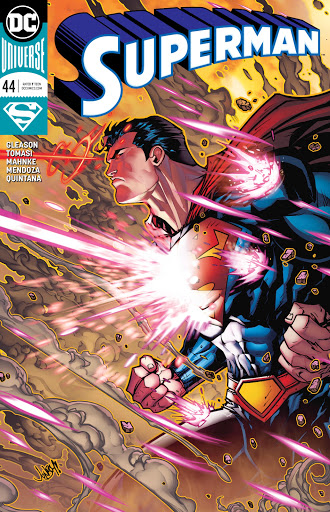 So, one more issue to go. One more great issue... I can safely say that because of the batting average of Gleason and Tomasi who, with their collaborators - most notably Mahnke - have produced a beautiful Superman series these past two years. Thanks, too, to editors Jessica Chen and Paul Kaminski for their rarely appreciated input... I hope they’re sticking around to guide Brian Bendis so far as his contract allows.

Oh great, this review has turned into a eulogy... too soon! Back to this issue. I’m not channelling backwards Bizarro-speak, it’s great. Buy it.