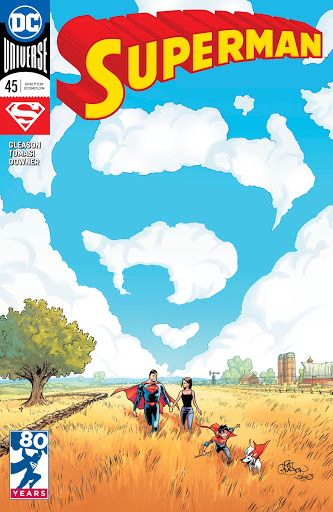 Having relocated to Metropolis, Lois, Jon and Clark Kent are back in the small town of Hamilton, to empty their old house. Clark is philosophical about the whole thing, Jon is still upset to have had to move from country to city, while Lois is failing miserably to mask her sentimentality. 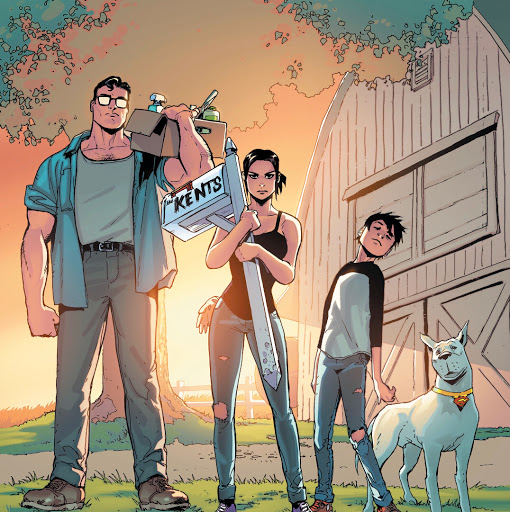 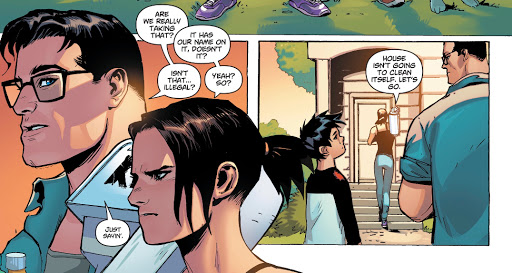 After most of the work is done, Clark and Jon pop across the fields to find their young, extraterrestrial friend Kathy, who’s recently taken in a couple of young refugees from the lost Bizarro World, Boyzarro and Robzarro. As it turns out, they’re not around, giving father and son a chance to talk about change. 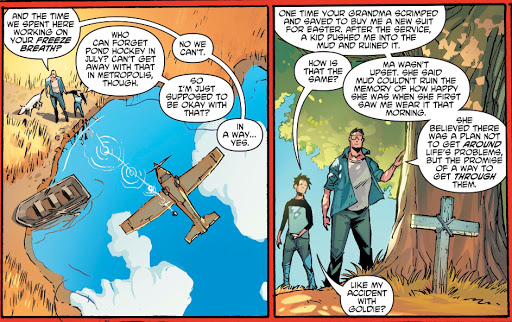 Clark, as a man who loves words, quotes a poem by Robert Frost, Nothing Gold Can Stay.  Lois, meanwhile, alone in the house, doing the last bit of clean-up, can let her feelings flow free. 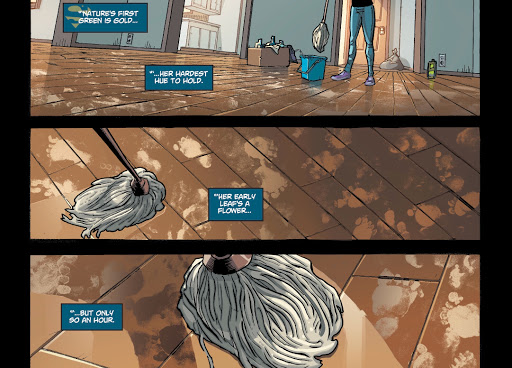 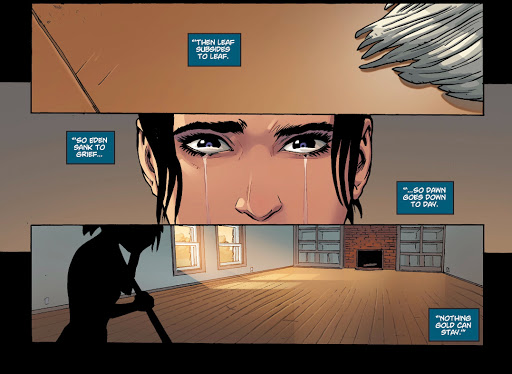 Blessed relief comes with the unexpected arrival of the Fastest Moving Man Alive. 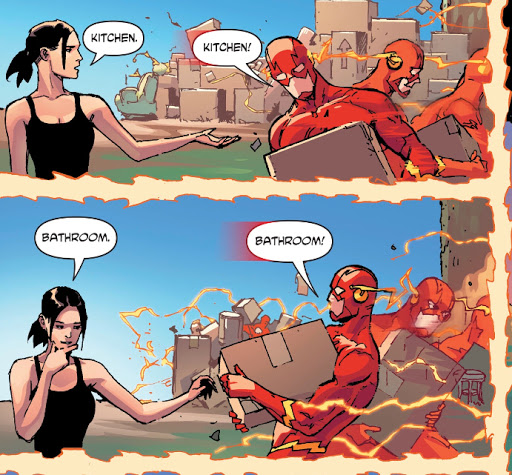 Job done, the family can relax at the Hamilton County Fair, where they run into Kathy, her new friend Maya - the super-teen known as Nobody - and the Bizarro boys, all getting into the community spirit. 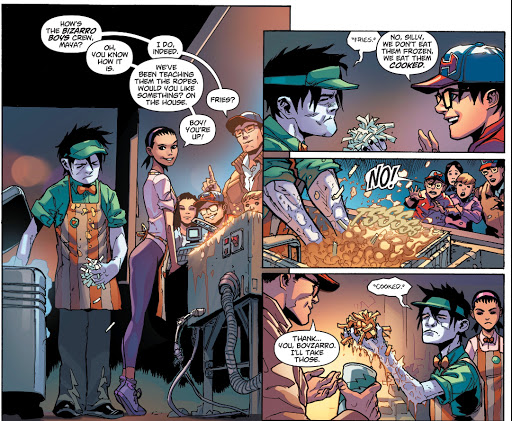 As for the last few pages, all I’ll say is that they’re pretty darn wonderful. Writers Patrick Gleason and Peter J Tomasi give us their final regular issue of Superman and it’s a fabulous send-off for comics’ first family (sorry Fantastic Four, you ceded that title long before you vanished from the stands). Gleason’s script is warm and witty, melancholic and mature, ensuring Lois wasn’t the only journalist who shed a wee tear today.

As for Gleason’s art, from that bucolic cover image on, it’s simply gorgeous - the characterisations of the Kents and co, the open fields and big skies, the hilarious cameo by the Flash... every page is pitch perfect in terms of fine storytelling and hitting the emotional beats. And they’re all beautifully coloured by Stephen Downer, particularly a father and son spread towards the end, one which reveals the rather brilliant story title, Truth, Justice, Family (‘Truth, Justice and the Family Way’ would have had quite the wrong connotations). Downer also covers that cloudy cover, while Jonboy Meyers does art and colour for his variant, homaging Neal Adams’ classic Superman #233 image (which Adams himself nods to in today’s Action Comics #1000). I especially love the logo colour combo - while I’ve seen red and yellow in the reverse configuration, such as this very issue’s main cover, I’ve never seen the reverse. It’s as striking as it is attractive. 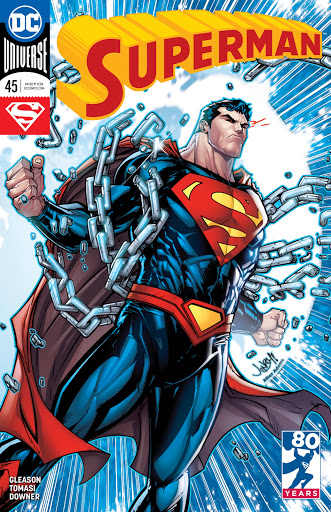 ‘Nothing Gold can stay’. Indeed. We’ve had two years of fortnightly issues courtesy of Gleason, Tomasi and such talented collaborators as artist Doug Mahnke. And while I knew this wonderful run wouldn’t last forever, to have this series’ creative team, and Dan Jurgens over in Action Comics, pulled because former Marvel Comics big name Brian Michael Bendis wants control of the entire Superman line, leaves a bitter taste. I’m not saying Gleason and Tomasi are putting their feelings into the story via the poem, but if they were, who could blame them? They rescued Superman from the car crash of the New 52, building on what Jurgens set up in his modest Lois & Clark mini-series with a family focused book that mixed superheroics with small town values and moments of splendid weirdness (Bessie the cow still creeps me out). They kept the warmth of the set-up when Lois and Clark decided to move back to Metropolis, checking in on Hamilton occasionally. And now... well, Bendis may surprise me with a compelling take on the new Superman Family, but couldn’t he wait his turn? I’ve no sense that Gleason and Tomasi are done with the Kents; they’ve been producing fantastic, audience-pleasing work and the DC higher-ups don’t seem to have realised what they had. One upcoming special, and they’re gone.

So dawn goes down to day.

Nothing gold can stay 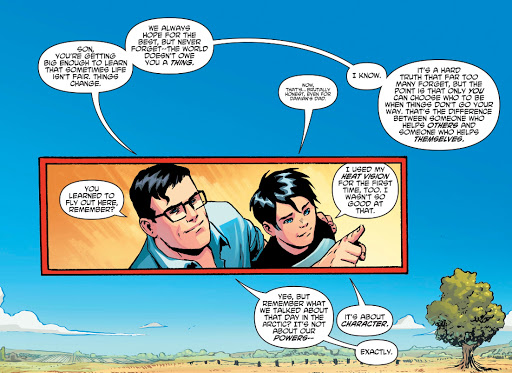