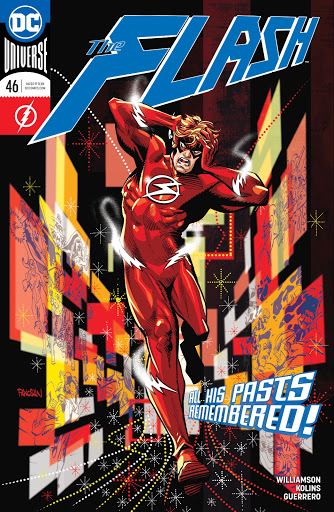 Wally West's head is spinning. As he regains more of his pre-Flashpoint memories, the more out of touch with his new reality he becomes. A worried Barry Allen calls in some experts. 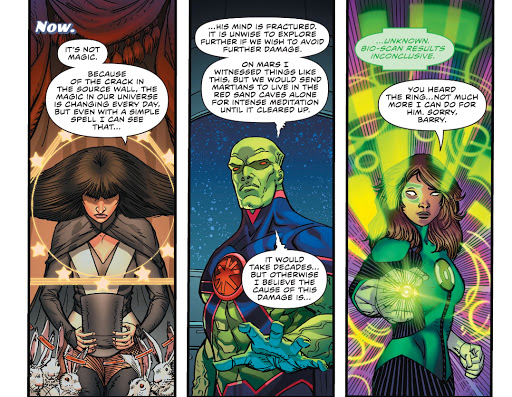 In the future, Eobard Thawne and Hunter Zolomon, dark reflections of Barry and Wally, are trying to agree on how best to find happiness. 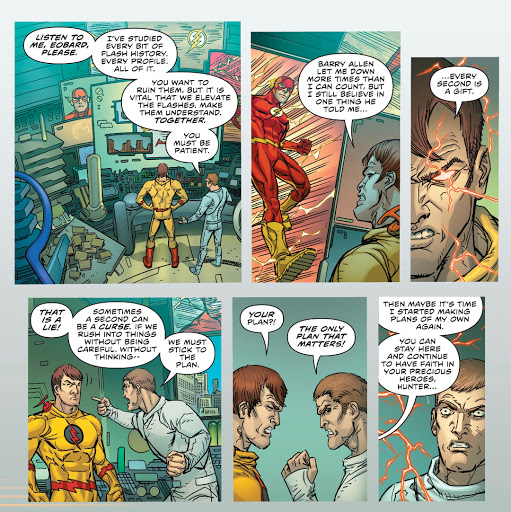 Revenge vs recognition of tragedy? Is either Reverse Flash right? 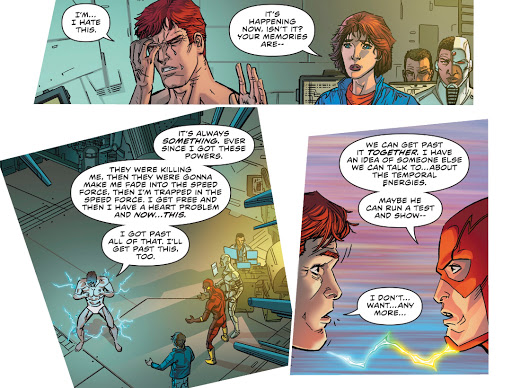 Back in the present, Wally can’t take any more of being physically and mentally poked and prodded, and Aunt Iris, who's only just regained her memories of the original Wally West, a few months after Barry, agrees he needs a break. Barry, though, is determined to solve the problem of why his 'new memories' are tearing Wally apart, whereas he and Iris are fine. He decides to visit Batman, but the Caped Crusader is out with fiancée Catwoman. Bat-butler Alfred, though, is there to be the calm at the centre of Barry’s emotional storm. 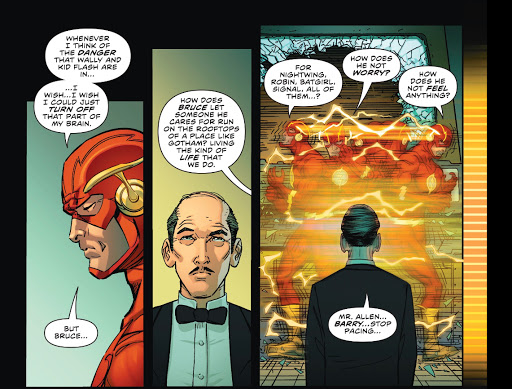 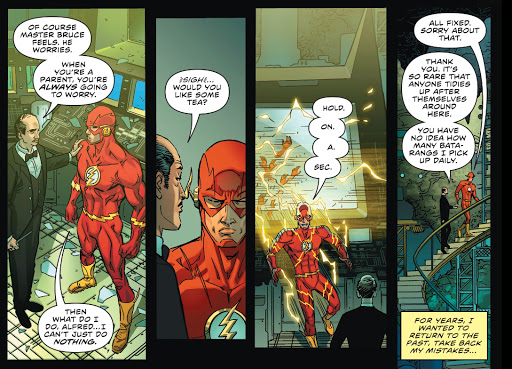 Is it wrong that a scene with Alfred and Barry is my highlight of what is actually a pretty good issue? Josh Williamson writes Alfred so very well. This issue would be more immediately appealing without Zoom or Thawne, I've just seen both far too many times, in comics and, recently, on TV. Just as the last couple of decades have seen Green Lanterns mainly fight other ring wielders, so speed-based powers have dominated Flash stories, with such unlikely souls as Gorilla Grodd and a revamped Top getting in on the act. And everyone is so obsessed, from Zoom with revenge to Zolomon with tragedy to Barry with solving his mother's murder and, now, the Wally problem. I can't wait until the current Doomsday Clock series by Geoff Johns (the writer who made the Green Lantern and Flash series into cycles of 'rinse and repeat') is over - surely someone has a story about Barry Allen's comic collection they're dying to see print. (Please God the recently announced Brian Azzarello Flash series is an extra book, not the sole deal; Azzarello is not a writer who skews to the whimsical.)

I enjoyed the testing scene a lot, it's a smart use of the superhero community, and seeing Scott Kolins draw Justice League characters is a real treat - I especially like that Zatanna panel, with the horizontal hair and surfeit of bunnies. Kolins does a terrific job throughout, it's great to see him draw Wally again - as Johns' partner on the old Wally Flash run, he defined the hero for years, and his art has lost none of its pizzazz.

There's plenty of energy in Williamson's script, too; I might not want to see the Reverse Flash and Zoom, but there's no denying he captures the drama of their encounter; Zolomon narrates much of the issue, and it works, reminding us that the guy is bananas. And I liked the surprise of where the Spiteful Speedsters' future scene fits in relation to recent DC stories. 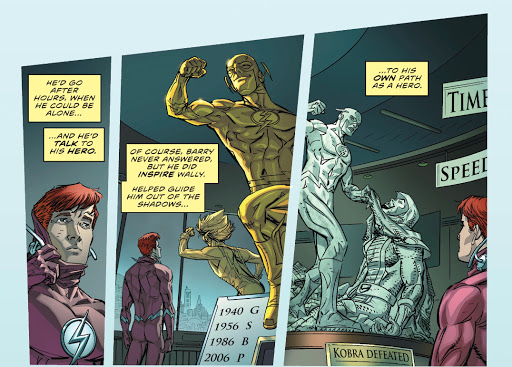 Luis Guerrero does a splendid job of differentiating the two Flash costumes with different shades of red, though Wally's DC Rebirth look remains, to use a British colloquialism, pure pants. Mind, he's only ever had one good outfit that was all his own, the red and yellow look, and Wally II has nicked that.  Steve Wands' lettering is as reliably fizzy as  ever, adding to the energy of the pages. Add in two fine covers - the mind-mangling regular image by Dan Panosian and the tooth-jangling variant by Francesco Mattina, and you have a very solid prelude to Flash War. Speedster fighting speedster. Again.