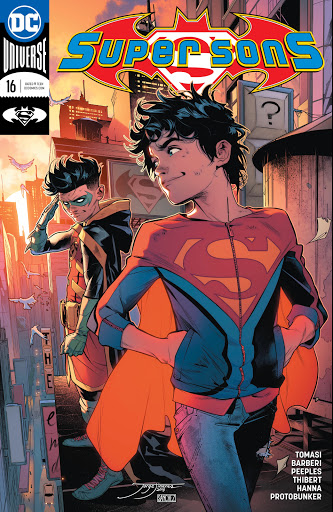 Robin and Superboy’s foe Kid Amazo has taken over the Justice League. It’s using them as batteries to power its android form, but wants a stronger body to contain the power. And it has its eye on someone. 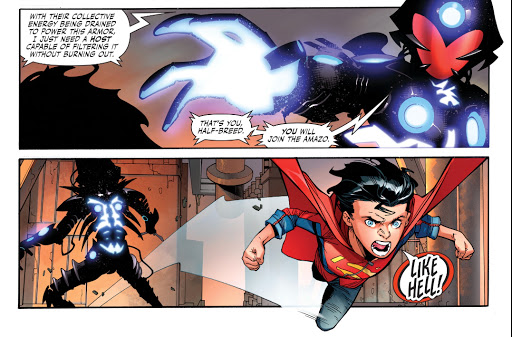 The boys aren’t without adult help - although Robin would deny needing any - as Cyborg wasn’t around when Kid Amazo overcame the League.

Can the Super Sons and Cyborg defeat the villain?

Well, yeah... this is their last issue, and a framing sequence guarantees their success. 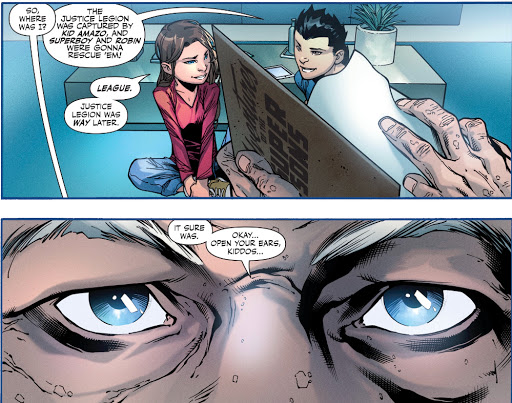 Who are these kids? Who is the nice old chap? Is this a superhero version of How I Met Your Mother? My guess is that the girl is a Kent and the boy a Wayne - apart from the clothing colours, we seem to be looking at a little Lois and a boy Bruce.

While not relevant to the main story, the close of the book is a nice nod to the fact that while this is the last issue of the series, a second run is coming called, funnily enough, Adventures of the Super Sons. It’s a small shame this book didn’t come out last week, giving us a reassuring hug before this week’s announcement from DC that writer Peter J Tomasi is bringing Damian and Jon back with a 12-issue maxi-series in August. But how great that this isn’t actually the end of the Super Sons having their own book.

This issue really showcases how far the Superboy-Robin team has come. Faced with a world-class menace they keep the enjoyable snark to a minimum, concentrating on saving the League, and the world. Robin shows a refreshingly mature attitude; his trademark arrogance is dialled down to mere massive confidence, powering the plan he comes up with to use Cyborg as the key to stopping Kid Amazo. Superboy, meanwhile, uses his still-new super-powers with skill and helps keep Robin grounded. 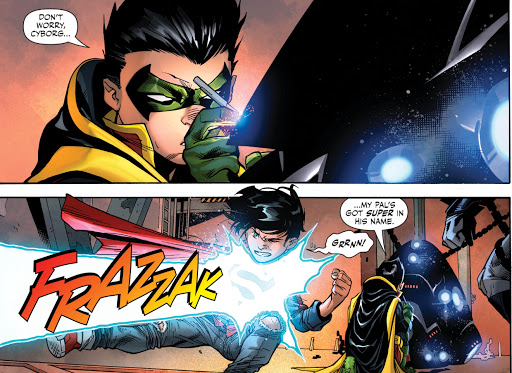 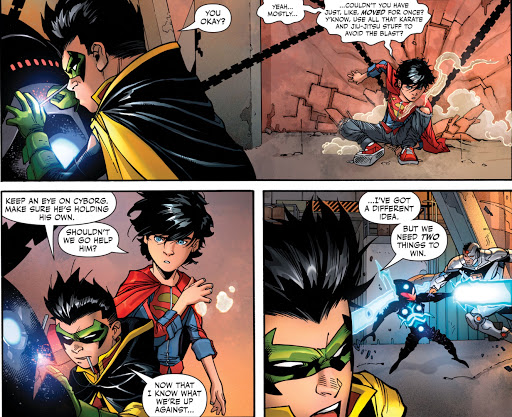 As ever, the book is full of great lines. One favourite is this exchange, succinctly summing up the difference between the Super-Dads. 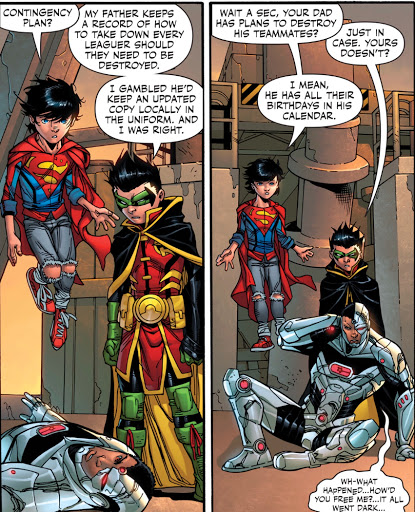 Carlo Barberi handles most of the pencils, with a hand on five pages from Brent Peeples. I can’t see the join, it’s all good-natured, dynamic work, with expressive faces and top-notch storytelling. The pencillers, embellished by Art Thibert and Scott Hanna, nail the action as well as they manage the comedy beats.

There’s excellent colour work, too, from Protobunker - just look at that gorgeous sky. 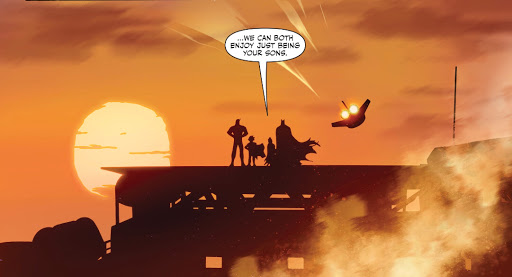 The letters from Rob Leigh are as good as ever, while the main cover by illustrator Jorge Jimenez and colourist Alejandro Sanchez is just perfect. 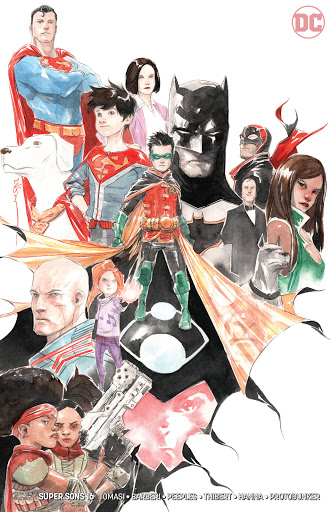 As usual, there’s also a variant by Dustin Nguyen, showcasing the Super Sons along with friends, foes and family. A shout-out, too, to editors Andrea Shea and Paul Kaminski for running a great show.

So it’s farewell to one of the best series DC has put out over the last few years. I’m looking forward to its return and hopefully the 12-issue run will be the first of many.