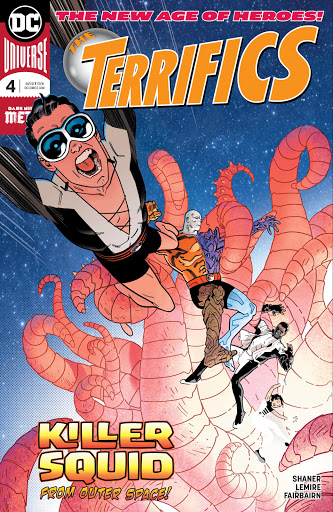 Plastic Man, Phantom Girl, Metamorpho and Mr Terrific are off on a road trip. Through interdimensional space. While the guys are all from 21st-century Earth, Linnya Wazzo hails from the Planet Bgztl, the vagaries of the Dark Multiverse having separated her from her parents.

Happily, Mr Terrific - the third-smartest man around - can get her home, at least for a visit. She can’t be permanently parted from the gentlemen heroes because the Dark Multiverse has linked them in such a way that if any of them is more a mile from the others... BOOM! Still, it’s not a bad day to be Phantom Girl. 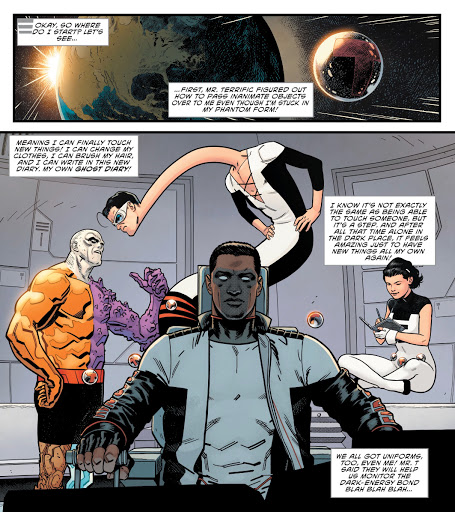 The road home isn’t without bumps, though. The Terrifics - newly named by Plastic Man - are sucked up by a cosmic vacuum cleaner, out to collect space rubbish and sell it for scrap. Soon, the gang are having a Star Wars moment. 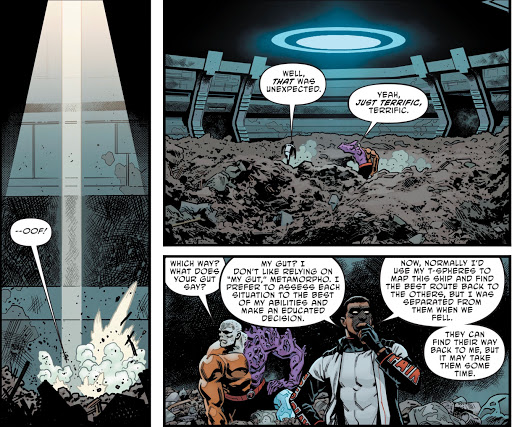 I won’t spoil the hi-jinks that ensue. Safe to say, though, that storytellers Jeff Lemire and Evan ‘Doc’ Shaner, in their first collaboration on this series, gel wonderfully. The dialogue is full of personality and point, while the art is the work of a born storyteller. 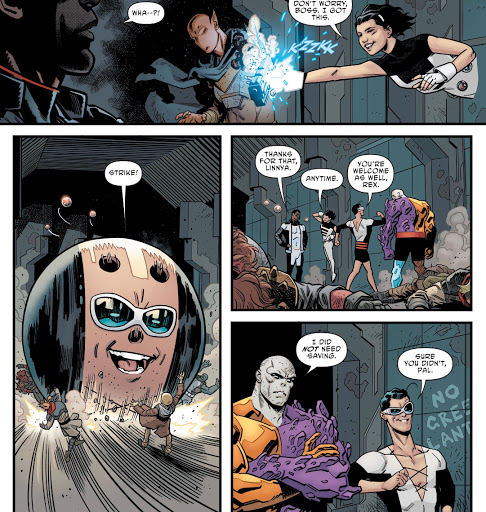 The heroes look splendid, the spaceship setting suitably imposing and the Monster of the Week threatening in a wonderfully wacky way. Where the book really scores, though, is in the final scenes on Bgztl, as high adventure is replaced by deep emotion.

The character interaction is wonderful; despite Plastic Man and Metamorpho having a bit of a prickly relationship, when there’s work to be done they mesh marvellously. Phantom Girl shows useful insight into a teammate. And dour old Mr Terrific makes a joke! Four very different people are coming together as a team, relaxing around one another.

The colours of Nathan Fairbairn and letters of Tom Napolitano add to the quality of a thoroughly enjoyable issue, one that’s topped off with a wild cover by Shaner.

Four issues in and this is a favourite series. If you’ve not yet checked it out, this is a great jumping-on point.