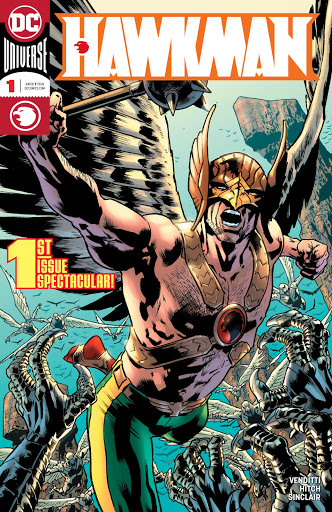 It’s not often I agree with the monster attacking a superhero but the humongous gorilla in the latest Hawkman first issue has a point. 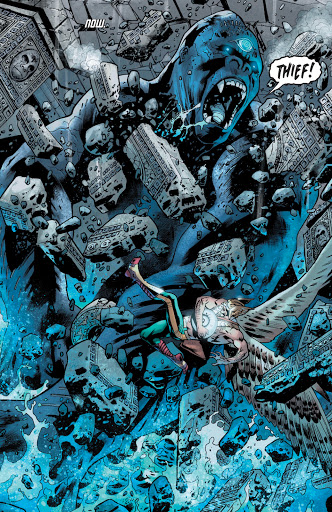 Carter Hall is just outright nicking something that doesn’t belong to him. Yes, he tells the Guardian Golem he’d return ‘the Nautilus of Revealment of Ooahk Kung’ once he has what he wants from it, but that’s after he’s grabbed it and tried to get away; he might have tried explaining why he wanted it first... all these mystical temples have baked-in avatars you can have a chat with.

Still, it all makes for a terrific chase sequence, introducing the latest version of Carter Hall to the DC Universe via smart narration and smooth action. Writer Robert Venditti gains a million points for not going anywhere near the Dark Knights: Metal event, which brought this version of the Winged Wonder to the table, in his script. Everything we need is here, as Carter Hall bids to gain the knowledge of his former selves.

And once he’s dispatched the Guardian Golem who, it must be said, puts the flying monkeys of Oz to shame, Carter heads for London’s Soho, where he seeks help from one of the DC Universe’s foremost mystics. 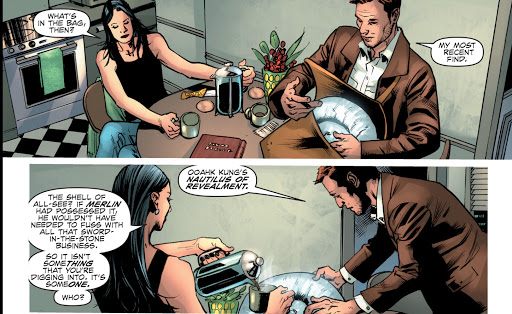 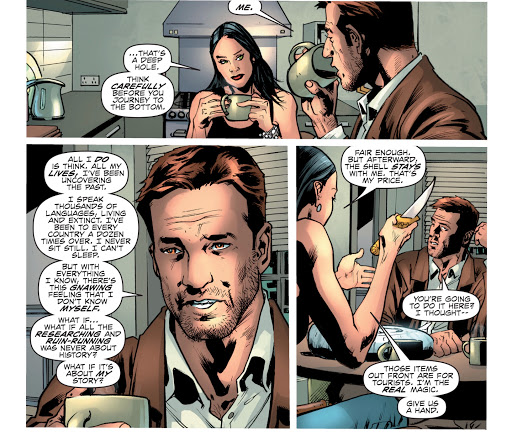 I suppose it’s dress-down Friday. Why she’s relocated from New York to London I have no idea, but Madame Xanadu began as a Brit, and it’s good to have her back (Venditti even has her say ‘Give us a hand’, that’s very UK). I just hope she remembers that she’s supposed to be bewitching and mysterious before she shows up again. Grab a gown, woman - who wants a mundane Madame?

I won’t berate artist Bryan Hitch as he gets so much right, giving us a Hawkman who has an air of classic artist Joe Kubert’s style while claiming him as his own. The costume tweaks work, giving the ancient Egyptian prince a sense of the modern. As for the spreads which helped make Hitch’s reputation, there are a couple here and they’re downright awesome - one looking to the past, the other, a very dark future. I do wish Hitch had given us a look at Hawkman’s apparently now-retractable wings doing their thing, and shown how the costume clasp manifests the outfit, but maybe next time...

I don’t know the breakdown of work, but the credits tell us Hitch inked some pages, Andrew Currie the rest. Whoever did what, both men deserve massive credit for sharp storytelling. Alex Sinclair adds a further level of reality with his colours, while Richard Starkings and Comicraft provide varied fontwork without getting silly (>ahem< Metal).

The story that begins here is very intriguing, setting up a doomy future Carter must prevent. Indiana Jones-style thievery aside, Carter, as written by Venditti, is an appealing hero - gutsy, smart, searching for meaning and good with a bird metaphor. 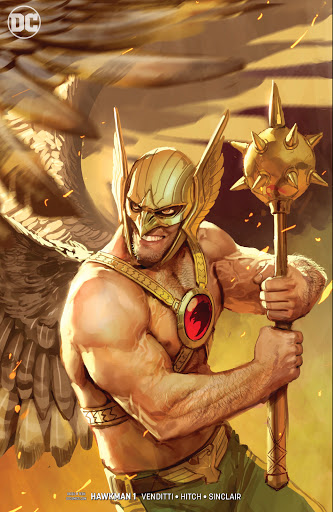 Stjepan Sejic’s variant cover adds a touch of majesty to an exemplary first issue. If the current creative team sticks around, this series should fly off the shelves.