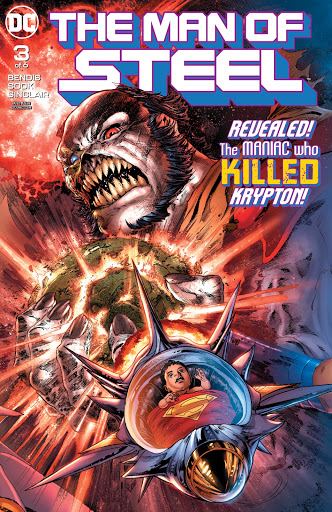 Having discovered that at least one Kryptonian survived the destruction of Krypton, alien zealot Rogol Zaar heads to Earth, where he ravages Superman’s Fortress of Solitude. He’s apparently been doing research, because he’s not surprised to find the last surviving city of Krypton, shrunk and placed inside a bottle. 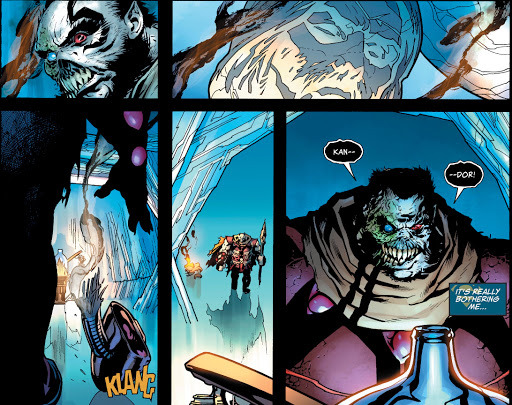 Meanwhile, in Metropolis, Batman has arrived to help Superman and new fire chief Melody Moore investigate a spate of fireraising. Suddenly, Superman is called away. 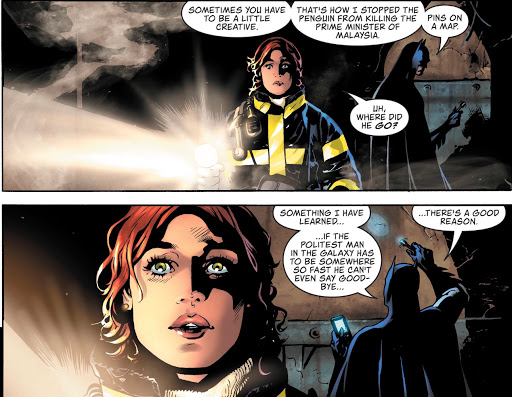 The Fortress has been devastated. Guardian robot Kelex can likely be repaired but it seems Zaar has murdered thousands. Supergirl arrives to find her cousin on the brink of falling apart. 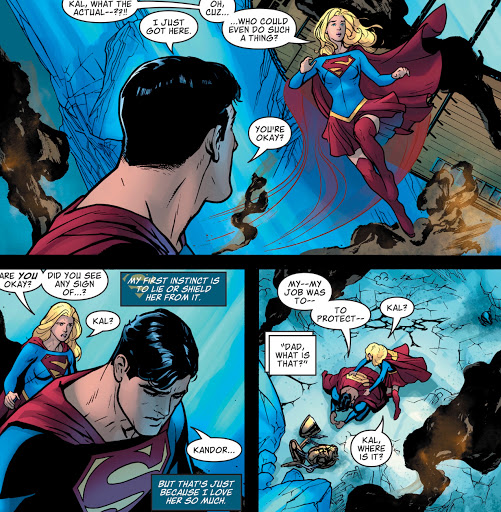 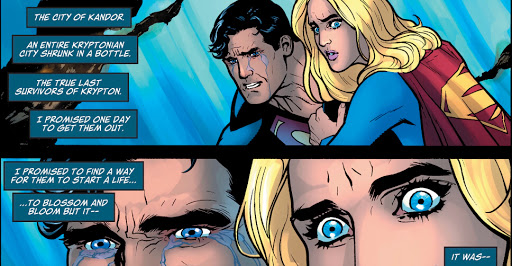 Terrified at what such a foe might do next, Superman gives Kara advice. 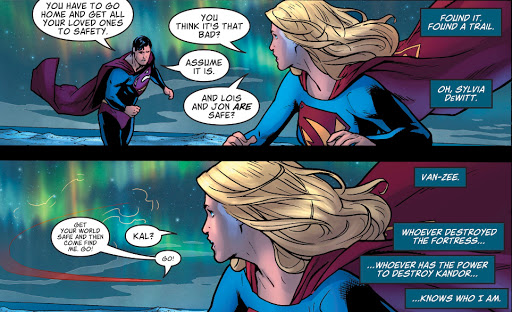 He heads to Metropolis, deducing that his unknown foe wants a show fight. He’s up for it...

... have the people of Kandor really been annihilated? It certainly seems so, in which case that’s a big strike against new Superman writer Brian Michael Bendis. I’ll reserve judgement, as I can’t believe he’d fridge an entire people simply to convince those of us who aren’t buying that Krypton was destroyed by Rogol Zaar that this monster is the biggest threat Superman and Supergirl have ever faced. As this issue’s recitation of lesser-known Kryptonians shows, Bendis has done his research, which means he’ll have read the classic Superman #338, in which the Metropolis Marvel did indeed enlarge Kandor; that tale was called ‘Let My People Go’ - it has to resonate with the famously Jewish writer.

Let’s look at the rest of the story. I didn’t mention in my recap that we see another second of the recent day something terrifying appeared before Clark, Lois and Jon because it interrupts a narrative that’s getting really interesting. Frustratingly, most of the page is taken up with what we’ve already seen. Apart from that, we get this. 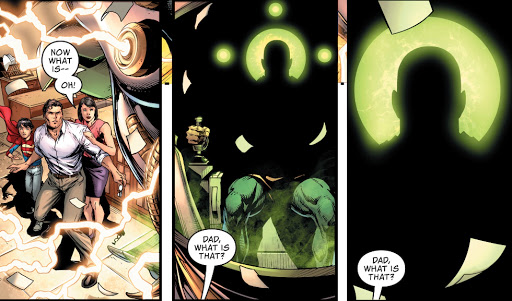 Brainiac? Has he taken Lois and Jon, shrunk them in a bottle? That would certainly explain why the apparent destruction of Kandor motivates the memory. Or perhaps it’s the long-unseen Kryptonite Man, also bald, and given to emanating a green glow. We’ll know soon.

On the one hand, I love the quickly established love between Kara and Kal. On the other, we have this panel: 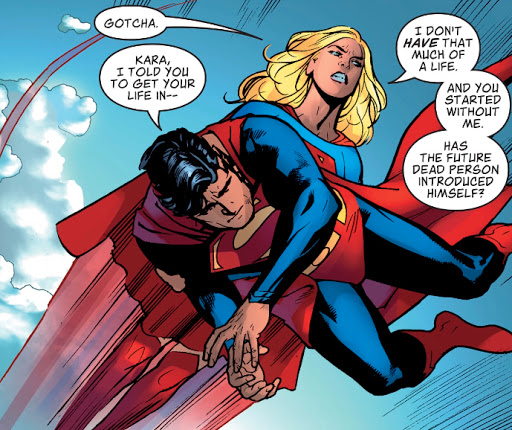 It’s as if Bendis hasn’t read any of the last Supergirl series, which went on hiatus with #20 - Supergirl currently has adoptive parents, a sorta boyfriend, school pals, various DEO associates...

I think my favourite scene this time is Superman arriving in Metropolis, working out what his enemy is up to; it’s a nice example of our hero’s intelligence.

I don’t care about the arson business, it seems too mundane a pull on Superman’s time - the new fire chief knows what she’s doing. Otherwise, and assuming the Kandor bit is a feint, this is another excellent issue, furthering the Rogol Zaar storyline while bringing Supergirl into the story and taking it for granted that she’s her cousin’s partner, not his junior.

Jason Fabok returns to do the Jon and Lois flashback, with the rest of the issue pencilled by Ryan Sook. And boy, is it gorgeous. The compositions serve the story while Superman looks amazing - ridiculously handsome, but approachable. Supergirl seems slightly older than she’s looked in her own book, but not off-model. I hope this approach sticks, because I’ve always liked Supergirl as a young woman rather than a mid-teens heroine.

Sadly, the Jim Lee-designed Rogol Zaar still looks dumb, like Doomsday kitted out in Lobo’s cast-offs (a skull belt buckle, really?). I can’t see him becoming a classic villain... mind, I said that about the utterly stupid Bane, and look what happened there.

While most of this issue is fully illustrated by Sook, Wade Von Grawbadger inks three pages, and they match the rest of the story well. Alex Sinclair’s colours add mood and impact, while Josh Reed letters with style. The cover by Ivan Reis, Joe Prado and Sinclair is lessened by cheesy copy, but it’s a decent enough image.

We’re halfway through this mini-series and it certainly has my attention. I just hope Bendis doesn’t become known as ‘The maniac who killed Kandor’.