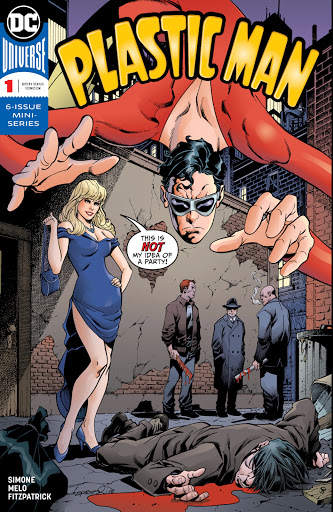 Can you judge a book by its cover? In this case, I’d say yes. Aaron Lopresti’s image shows a gangster’s moll looking sour as a patsy bleeds out in an alley and wiseguys look back at their handiwork. Plastic Man looms over all.

Inside we get pretty much that same scene, with the absence of a costumed Plas. The shapeshifting sleuth is there, but he’s the victim - Eel O’Brian. The reformed criminal has resumed his old look to draw out the former associates who left him to die after a safecracking job went badly wrong, leaving him with a bullet wound and a security guard dead. Along the way he somehow became ‘some weirdo made of used gum’.

That same quality means that despite all the cracked bones and blood, Plas survives, to track down the bad guys. 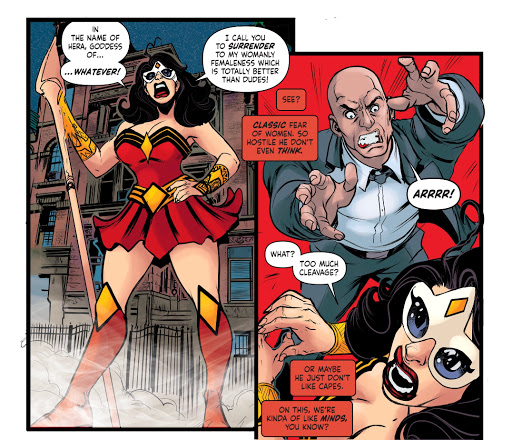 The Wonder Woman nod is a nice moment, but it’s the only scene I really like in Gail Simone’s script. Simply put, this isn’t the book for me. I realise that back in the Golden Age, creator Jack Cole’s Plas could go to some pretty dark places, and that we’re decades from those days, but I really don’t want a hero talking like this. 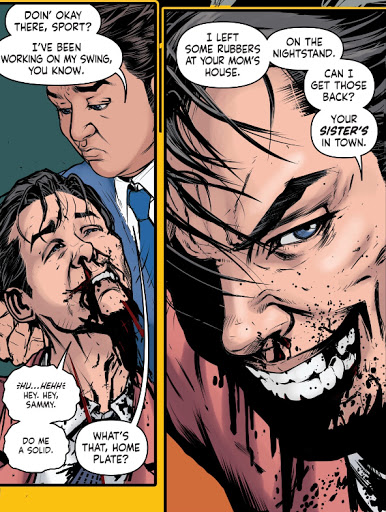 There’s also a running gag involving a slang word that isn’t so much near the knuckle as somewhere a little more private, a suggestion of super-manhood and a general sense of sleaze that isn’t for me.

Adriana Melo is an artist I’ve enjoyed across many a DC book but her art doesn’t suit Plastic Man. Plas requires a smooth approach, and Melo seems uncomfortable drawing the character.

Which is a shame because everything else in this first issue looks great, even Plas when he’s in civvies. And while I don’t like the subject of one such sequence - the gangsters brutalising Eel - there’s no denying Melo’s facility with silhouettes.

She’s aided by the colours of Kelly Fitzpatrick, which capture the urban environment of Cole City, occasionally brightening for dramatic effect. And the letters of Simon Bowland complement the art nicely. That cover by Lopresti is well done, for what he’s been asked to draw, while the variant by illustrator Amanda Conner and colourist Dave Johnson evokes the fun book I’d like to be reading. 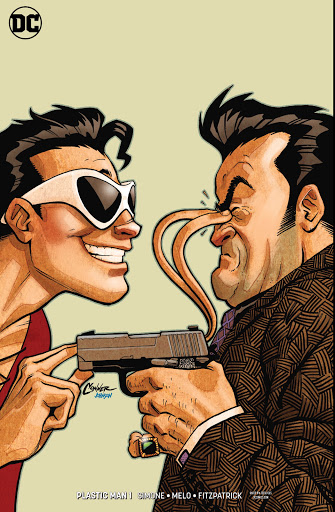 Simone sets up an intriguing storyline involving spy organisation Spyral and possible corruption within the big super-teams, so I may be tempted back, but right now I’m not committing to this six-issue mini-series. Plastic, yeah. But outright tacky? No thanks.