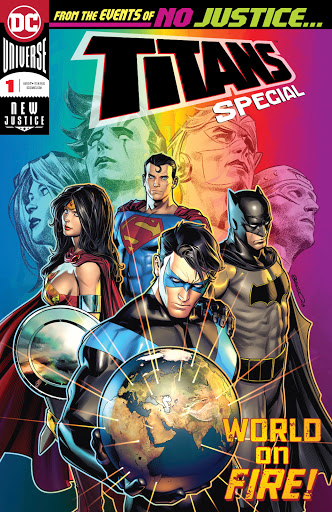 The Source Wall is broken. The Titans are broken. Why not bring the two problems together and see what happens? That’s the concept for the latest relaunch of the senior Titans team, set up in this extra-sized special before it’s rolled out into the regular series. The Source Wall energy is causing new metahumans to appear at a rate of knots and Nightwing’s New Titans are taking on the responsibility of finding and helping - or stopping - them.

The book opens with Titans lifer Nightwing chasing a young woman on a subway train. She’s not a villain, but her powers are out of control and Dick Grayson is afraid she’ll hurt someone. It turns out that she’s so panicked by being chased by Nightwing that she jumped out of the train and into the path of another. Good job, Dick.

Nevertheless, when Nightwing presents himself to the Justice League to tell them he’s setting up a new team of Titans to track down the ‘Emergents’, they say they’ve total faith in him. It turns out they’d already decided he’d head a Justice League sub-team doing just that. There’s a coincidence... or Martian Manhunter mind control.

OK, probably not, but the J’onn Jonzz presented here certainly seems a tad more dickish than, well, ever. 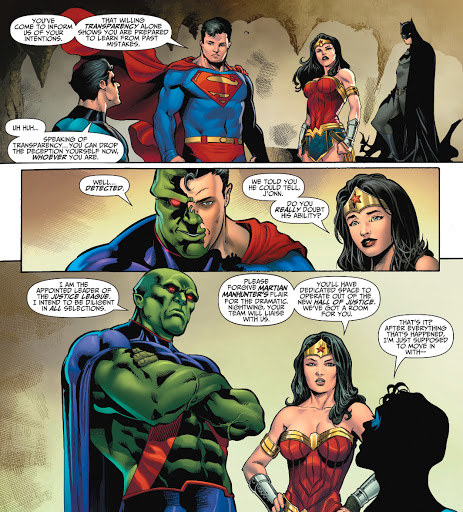 Nightwing spurns the wall of suggested members the League has helpfully prepared, he has his own list. 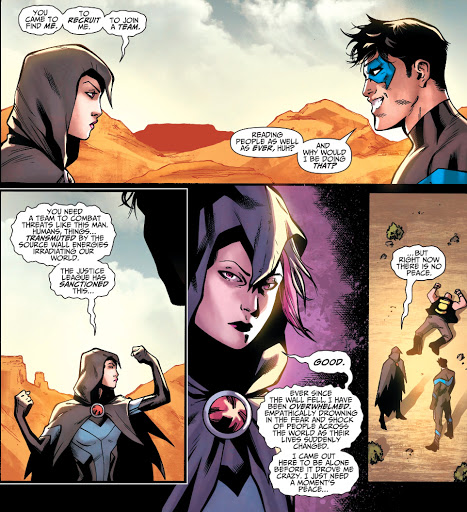 Beast Boy, who’s been unable to control his powers since the No Justice event. 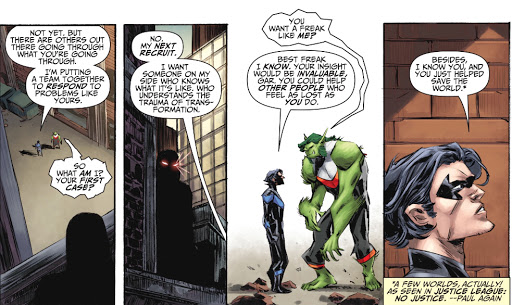 Donna Troy, who’s turned to drink after learning her latest origin, and being confronted by an eeeeevil future version of herself. 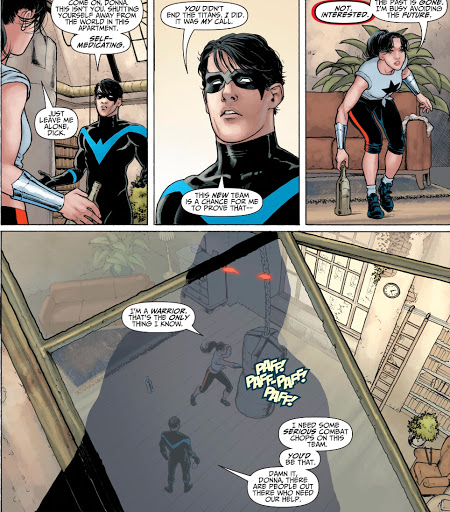 Natasha Irons, the female Steel, who needs something to distract her from her break-up with street sorceress Traci 13. 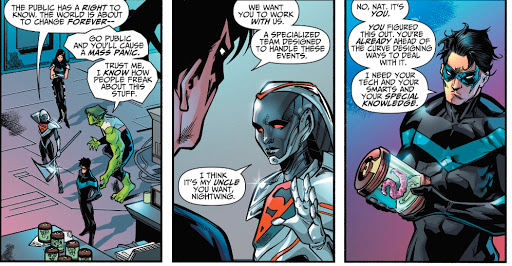 And Miss Martian, who’s there because, well... 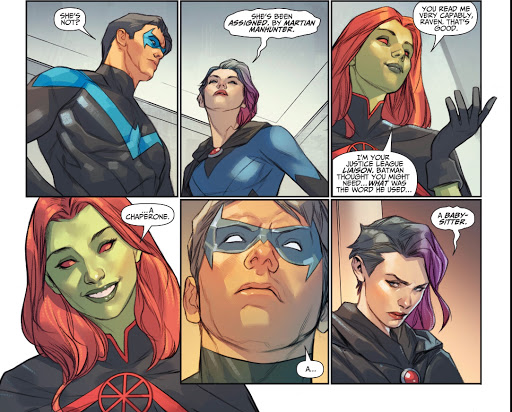 Which makes no sense. Every hero Dick has approached has a longer history of fighting evil than Miss Martian. Didn’t I tell you J’onn was being weird?

But DC is currently asking us to accept that the most recent Titans team was a pack of loose cannons who couldn’t be trusted, who needed some kind of Justice League supervision, so here’s Miss Martian with her membership of the League reaching back to, oh, never, turning up as supervisor. Heck, she’s barely appeared with J’onn, never mind been his protege. Suddenly I dislike a character I’ve always enjoyed, since her days in Geoff Johns’ Teen Titans, a period apparently wiped out by Flashpoint. And that new costume, gosh, it’s a downgrade from her cute white outfit.

So, I’m not a fan of the Titans becoming ‘an official response team of the Justice League’. I don’t like the angst of Donna Troy, Natasha Irons and Gar Logan (even without the new angle, I’m utterly sick of Beast Boy). Teams being set up with firm motivations rarely work (X-Factor, Extreme Justice, the New 52 Legion Lost...). Donna’s apparent acceptance of the League line that the friendship of the original Teen Titans became a negative is just bizarre. And the surprise villain who looks like he’ll be around a while is a real loser.

This new direction seems ill-conceived in so many ways that I can’t see the revamped book becoming an instant favourite. But Dan Abnett is a fine writer, if he can subvert the (I have no doubt) imposed-from-high direction Titans could be a good read. There are certainly moments in this special I enjoyed, such as Dick’s faith in Donna, a superb scene showing Raven tackling an emergent and the respect given Natasha Irons. 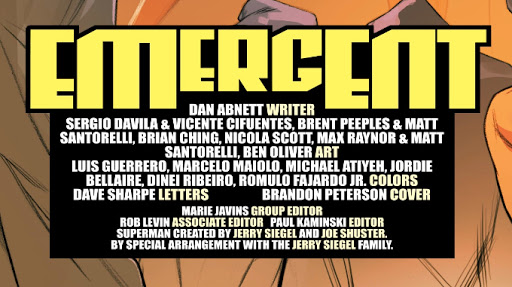 Plus, the art, by a murderers’ row of talent, is eye-catching and the sheer number of contributors doesn’t detract from the story - gathering the team issues allow for a mix of visuals. The Donna and Dick vignette by, I think, Nicola Scott is stunning for what’s basically pages of two people talking. And the editorial team of Paul Kaminski and Rob Levin under Marie Javins suggests quality. So I’ll give this run a shot - this issue’s excellent cover artist, Brandon Peterson, and Ryan Sook are apparently drawing the revamped series - and hope for the best. And if it doesn’t work out, the Titans will almost certainly (remember when we were never without at least one Legion of Super-Heroes series?) get another crack at stardom.